A Critical Look at Government

What is the proper role of government? How much power should it wield? Is there a time when its power grows too broad and pervasive, so that government ceases to be a servant for good and becomes a tyrant? Are there limits to the growth of the state?

These were the questions addressed at a recent conference sponsored by the Christian Labour Association of Canada and the Work Research Foundation. About 100 people attended the conference, held on June 2-4 at Redeemer College in Ancaster, Ontario. Its theme was: "Servant or Tyrant? A Conference on the Task and Limits of Government."

One of the highlights of the conference was a paper given by Dirk de Vos, public policy analyst and international lawyer, who painted a picture of the future of the Canadian government. It cannot continue to grow ever larger, de Vos argued, if only for financial reasons: the government debt is already so enormous it has to borrow money merely to pay the interest on its previous loans. Since the state is unlikely to shrink, the most likely scenario is that it will "mutate"—that is, it will alter its shape and extend its control through society by less oven means, such as invisible taxes, regulatory agencies, and quasi-pub1ic organizations.

Another conference highlight was the appearance of well-known speaker, theologian, and author Michael Novak of the American Enterprise Institute. What makes some nations poor and others rich? Novak asked. It is, he answered, certain habits of life and thought, such as a respect for work and creativity, a high regard for human life, frugality, and so on. The Christian heritage of the West has fostered precisely these habits of life and thought. In particular, the biblical teaching that humans were made in the image of the Creator, and therefore have a vocation to be creative, has inspired tremendous economic activism.

The state, however, can either liberate this economic creativity or stifle it, Novak stressed. ln the West, the state has been shaped by the biblical principle that all people are sinful, and none should be entrusted with too much power. Governmental power must therefore be limited. This limitation of the political realm has led to genuine freedom in the economic realm, stimulating great creativity and inventiveness—not to mention in the religious, intellectual, social, and cultural realms as well.

About 225 people attended a public meeting to listen to Edward Ericson, Professor of English at Calvin College, best known for his abridgement of Alexander Solzhenitsyn's Gulag Archipelago. Why, in the light of our awe-inspiring technological advances, aren't people happy? Ericson asked. The answer that Solzhenitsyn gives is contained in one simple phrase: as a child he used to hear the old people say the reason so much sorrow has darkened Russia is that "we have forgotten God." Indeed, rejection of God is the principal trait of the 20th century and the source of its greatest oppressions.

Other conference speakers included Lord Ralph Harris, General Director of the Institute of Economic Affairs in London, who enlightened and entertained the conference audience with a critique of the welfare state. Al Wolters, Associate Professor of Religion and Greek at Redeemer College, gave a brief meditation on two biblical images of the state: government is God's shield to protect the vulnerable, and God's sword to punish the evil-doer. Paul Marshall, Vice President and Senior Member at the Institute for Christian Studies, called for the construction of a full-orbed Christian worldview. Specific ethical pronouncements apart from a Christian worldview, he argued, are an insufficient basis for political action. Harry Underwood, partner in the firm of McCarthy & McCarthy and editor-at-large for The Idler, spoke on "The Decline of Law and the Rise of Policy: How Some have Mistaken Equality for Liberty." And, finally, Thomas Langan, author and Professor of Philosophy at St. Michael's College, University of Toronto, urged Christians to unite for a greater impact on the public arena. He called for the creation of policy networks, a Christian public policy institute, and a Christian media network to encourage fairer and more intelligent discussion of Canadian affairs.

The 1987 Social Action Conference was a step in just that direction. It offered the hope and inspiration that Christians can have a beneficial effect on the course of public affairs. 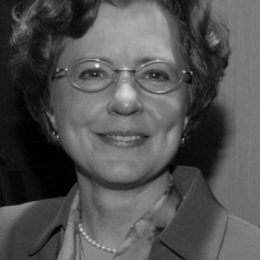 Nancy R. Pearcey is editor-at-large of The Pearcey Report and professor of worldview studies at Philadelphia Biblical University. Previously she was the Francis A. Schaeffer Scholar at the World Journalism Institute, where she taught a worldview course based on her book Total Truth, winner of the 2005 ECPA Gold Medallion Award for best book on Christianity and Society.

Moral Drift in the Peaceable Kingdom