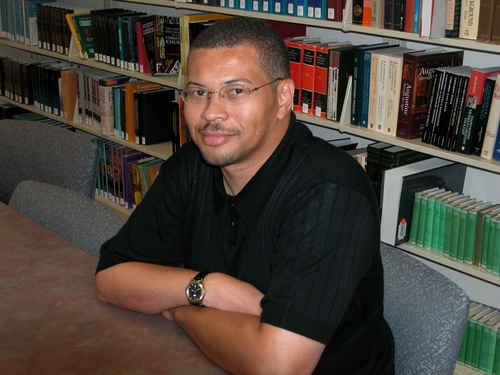 A Perennial Moment of Opportunity

Yes, we want faithful participation in art, business, politics, education, and every other sphere. But how do we arrive at a worldview? Intuition may get the conversation started, but biblical knowledge will win the day.

While I was attending seminary in the early 1990s, it was easy to detect a significant ambivalence in the evangelical world regarding the relationship between Christian mission and social action. John Stott had articulated a view of Christian mission that included social action in 1974, but there was still a lively conversation about whether the Christian mission primarily concerned presenting the gospel (by some form of proclamation) or also included dimensions of social action such as caring for the poor, building hospitals and schools, and so on. This ambivalence is unsurprising given the history of evangelicalism and the contrast and tensions with the social gospel that emerged from figures like Walter Rauschenbusch. While there were many politically active evangelicals at this time, others feared that an emphasis on social action carried the potential hazard of transmuting the gospel into "this worldly" commitments that could diminish or eliminate an emphasis on the personal and internal transformation associated with evangelism and discipleship.

At some point during the same decade, this ambivalence reduced drastically, and language about a holistic gospel that linked personal evangelism and various public concerns became more common; one could plausibly argue that by the time of the 2000 U.S. Presidential election, a majority of evangelicals no longer seriously questioned whether evangelism and social action were part of the Christian mission. In the first decade of the new millennium, this shift was revealed in part by an abundant conversation and debate about what should be prioritized in evangelical public practice; there was no shortage of books, articles, and blogs on the topic.

The considerable conversation about younger evangelicals has been one interesting point of emphasis in the last decade (certainly members of this demographic have concerns that overlap with the larger evangelical community, but one could speculate that the younger group is in the spotlight because they will be at the helm in the future). One frequently reported angle has been that this group desires a holistic expression of faith that is differently characterized than the approach of the religious right, often expressed as a desire to have areas of emphasis beyond abortion and homosexuality and a more irenic public tone. Whether the catalyst has been the work of Shane Claiborne or Rick Warren or Abraham Kuyper or John Paul II or David Platt (to give a wide range of influences), the common denominator for this younger demographic is the idea that Christians should have some kind of public/social engagement to go along with personal conversion and discipleship.

Yet even given the influences of the above figures, it seems that adherents' actual biblical and theological rationale for this holistic Christianity is pretty thin. While evangelicals as a group have greater familiarity with the Bible than other traditions, their grasp on the content in the Bible is notably less now than it was approximately thirty to forty years ago (Barna and others seem to suggest that this is the case). Though many younger evangelicals assume that their faith should have public and private dimensions and have been inspired by historic and contemporary figures, the basis for holistic faith seems to stem more from intuition than from deep biblical and theological roots. This does not mean they have an absence of Christian vocabulary, but something like a use of "common sense" combined with general Christian themes like God's love and justice and a view of Christ as a compassionate Saviour.

In making this observation, it is important for me to say that I'm not trying to condemn, but simply to describe what seems to have been in the air for quite some time. A considerable and admirable passion is linked to such a holistic faith—I too experienced a significant period in which I could only arrive at a holistic faith by intuition, rather than by a biblical and theological argument.

The assumption of a holistic faith is music to my ears, but I fear that the considerable place given to forms of intuition leave our faith susceptible to difficulties. I'll point out two reasons for this. First, when intuition or "common sense" have greater prominence than biblical knowledge, it can be easy to wind up in a situation where the most persuasive stances stem from those who tell the best personal, historical, or cultural stories. We are in an era where powerful stories overwhelm arguments from all directions—how does a Christian evaluate competing narratives with a framework that is more intuitive than Biblical? Second, how is one to make a case to Christians who are skeptical of public engagement because of their commitments to evangelism or because of their eschatology? What case can be made to those who look at evangelical public engagement in the last decades and conclude that it was waste of time, not only because of strategy, but also because of a misunderstanding of the Christian mission? Intuition may get the conversation started, but it is unlikely to win the day.

The importance of Biblical knowledge can neither be underestimated nor taken for granted. This is hardly a new idea. In recent months I have found myself taken by Deuteronomy 6:4-9:

I learned these verses back in college, but as often happens in the Christian life, familiar texts become impressed on us more deeply when we don't expect it, sometimes after decades. There are a few important observations from this text that I believe are directly relevant to the situation above. Here, the Israelites are finally about to enter the Land of Promise after four decades of intimate acquaintance with desert, and Moses is giving the people a charge before they enter (sadly, he only gets to see the Promised Land, but he cannot enter it because of his own disobedience). This part of chapter six emphasizes God's revelation to His covenant people along with the promise of flourishing when God's commands are obeyed. Two observations:

At this point, one might ask: "Though the Israelites were commanded to obey God's words and told repeatedly not to forget God, they failed. And if they failed, what does that mean for us?" It is true that the story of the Israelites reveals that they failed at covenantal fidelity and went into exile. If the story ended there, then there would be great reason to ask whether we would have any hope of succeeding where they failed. But the story goes on to the incarnation of Christ who fulfills the law, succeeds where Israel failed, is crucified and resurrected, and brings us salvation. Post-resurrection, the promised Holy Spirit comes to live in those who come into relationship with God through Christ, and now it is possible for those made alive by the Spirit to obey God with greater faithfulness (this obedience follows but does not earn our justification).

Where does this bring us? Like Moses, we all (not only younger evangelicals) need to hear the charge to saturate our lives with God's word. This saturation ought to lead us to a vision and practice of holistic mission that has personal and public dimensions. We can live beyond the suggestions of intuition and have greater guidance through God's word and the power of the Spirit. This is not a new thing, but perhaps it is news to some of us. We have a great responsibility and opportunity at hand for faithful participation in art, business, politics, education, and other public domains. Where will we turn to guide us to a faith that is truly for all of life?

What is to be done... in Theology?