A Real Bonhoeffer for the Real World

Can we still treasure a Bonhoeffer deeply flawed? Must our heroes remain on their pedestals? 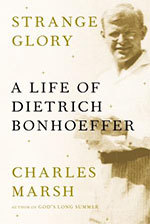 
Among the multitude of biographies of C. S. Lewis, there is only one likely to provoke outrage among his legions of fans. It's the one by A. N. Wilson, who described himself (perhaps with an eye toward book sales) as a former fan who turned disillusioned critic in the course of writing his book. Wilson determinedly presents Lewis "warts and all."

This is a Lewis who is not always brimming with wisdom and bonhomie, but instead a man vexed with a strange family set-up, harried with domestic duties, scheming at academic politics, haunted by self-doubt, and enraged by professional frustration. As if all that isn't enough to knock Lewis off his pedestal, Wilson indulges in downmarket Freudian speculation about Lewis's longing for his mother, who died when he was young, as well as his distant father, and his (resulting?) dubious feelings for both male friends and Mrs. Moore—the mother of his dead war buddy whom he promised to care for and, Wilson darkly implies, did in ways his friend likely didn't intend.

It was Wilson's biography, however, that gave Lewis back to me.

I had long imagined Lewis's life through the gorgeous photographs taken by Douglas Gilbert in the book he produced with Clyde Kilby: C. S. Lewis: Images of His World. I pictured a Neverland of lovely rooms in Gothic colleges; beer, sandwiches, and witticisms with the gang at "The Bird and Baby"; afternoon strolls down Addison's Walk with the likes of Tolkien; evenings with the "Inklings"; and scouts available to make beds in the morning and whisk away dirty plates at night. Who could fail to thrive in such a situation?

Wilson's Lewis, however, emerges as a real man. Brother Warnie is a mixed blessing, sometimes offering Lewis genuinely good counsel but sometimes also falling badly off the wagon. Domesticity grounds Lewis in the real world, keeping the advice in his books helpfully prosaic but also consuming loads of time and emotion as he tries to keep happy the sharp-tongued Mrs. Moore and her (apparently quite stable) daughter. Wilson's Lewis thus is not flying along above the fray, dispensing aphorisms and bestsellers with the greatest of ease. No, he's right down here among us, up to his elbows in dishwater, and he's nonetheless astonishingly productive. Here was true genius, worthy of admiration.

There is more than a little of this sort of agenda apparent in Charles Marsh's biography of Dietrich Bonhoeffer, another undoubted genius who has been placed on his own pedestal, this one backlit with the aura of martyrdom at the hands of our culture's enemy ne plus ultra, the Nazis. Marsh properly eschews the temptation to enlist Bonhoeffer in one or another cause or agenda—in distinction to recent books such as Eric Metaxas's American evangelical version in Bonhoeffer: Pastor, Martyr, Prophet, Spy or Mark Nation et al.'s attempt to claim Bonhoeffer once, for all, and entirely for pacifism in Bonhoeffer the Assassin? Challenging the Myth, Recovering His Call to Peacemaking. Marsh seems content simply to write up all he can find out about Bonhoeffer, presenting him as a real person with real faults as well as real gifts.

Here, Bonhoeffer does indeed participate in conspiracy against Hitler, but has only minor roles and accomplishes very little. Here, Bonhoffer does indeed die a faithful death, refusing to implicate his friends or to despair of his God—but he may well have died a more torturous death than was previously understood and he almost certainly didn't do the kneeling and praying he has previously been reported to have done. Here, Bonhoeffer does indeed seem to love his fiancée, Maria von Wedermayer, but his will leaves her only a memento of her choosing from his effects, while best friend Eberhard Bethge gets almost all of the rest: car, clothes, books, music, money, the lot.

Ah, Bethge. Bonhoeffer's former student, longtime confidante, and first biographer, Bethge comes through in this book as a significant character—but chiefly as the object of Bonhoeffer's increasingly lavish affections, the expressions of which in actions, gifts, and words seem to fascinate Marsh perhaps more than they will every reader. Marsh never once refers to homosexuality and only once or twice refers to sexual desire at all, but he frequently paints Bonhoeffer as the ardent suitor while Bethge wants to remain "just friends." What Marsh doesn't ever do is explore directly whether a same-sex friendship without sexual desire can be this intense, even erotic in the sense of deep desire for closeness that can become (excessively) possessive. Bonhoeffer, who grew up without a close friend and whose twin Sabine gets married rather young, seems lonely until he meets Bethge, and then pours himself into that friendship as a river surges through a channel rather too small for it. Marsh defends the chastity of the two men, but one wonders if Marsh might usefully have hinted less and ruminated more. (Remember, it isn't as if Marsh is overdelicate about such themes. He is quite willing to detail and pronounce upon the sexual sins of both Karl Barth and Paul Tillich, and to do so without the scholarly cover of actual citation of sources.)

What Marsh does explain particularly helpfully is Bonhoeffer's first trip to America and its dramatic effects on his outlook and career. This is Marsh's own turf: previous scholarship (including the Grawemeyer Award-winning book God's Long Summer) prepared him well to understand and to relate something of the impact of Bonhoeffer's encounter with black Christians in Harlem and during his travels in the South. Indeed, Marsh details well the change wrought in the rather fussy, elitist, and insulated young scion of the German haute bourgeoisie as Bonhoeffer encountered the likes of Adam Clayton Powell, Sr., his Abyssinian Baptist Church, and Negro spirituals and blues, as well as the indefatigable campaigner Reinhold Niebuhr; the combination of these forces called Bonhoeffer down from reflection in his ivory tower into action on the street.

This change is the guiding thrust of the book, in fact. Bonhoeffer never stops being the theological Wunderkind, but he is converted to a practical, even pragmatic, Christianity. He never loses his interest in the highest reaches of German idealistic philosophy (he is still reading Kant and lesser lights in Tegel prison), but he increasingly asks questions about religion on the ground, and in the future. "The ultimate question for a responsible man to ask," Marsh quotes Bonhoeffer saying in one of his most famous lines, "is not how he is to extricate himself heroically from the affair, but how the coming generation is to live."

We await still a biography of Bonhoeffer that fully encompasses and ties together his life, times, and work. Marsh never quite connects the dots on the crucial and contested conceptual questions as to how Bonhoeffer moves from pacifism to tyrannicide and from "just obeying" the Sermon on the Mount to the bracing existential demand of following Jesus here, now, in the "borderline" situation. Indeed, Marsh spends surprisingly little space in this 400-page biography on the contents of Bonhoeffer's books. (Readers looking for further insight on these matters might consider my chapter on Bonhoeffer in Making the Best of It: Following Christ in the Real World.)

Still, Marsh helps us more than have others to see how The Cost of Discipleship and Life Together emerge from a particular, and peculiar, context: the semi-monasticism of the Finkenwalde preachers' seminary under the sole leadership of a young, single, theological professor. From such a context is not likely to come advice that directly speaks into the lives of most people. (Indeed, Marsh shows that many of the students at Finkenwalde chafed under the strict discipline of Bonhoeffer's regimen: both the rigid schedule and the concentration of authority in one man, whom some even grouchily called the Führer. Finkenwalde clearly wasn't heaven on earth, despite some previous depictions of it as such.) Discipleship and Life Together, like so many mystical and devotional writings, stand out in their extremeness. Their inspirational impact comes from what one could kindly call their aspirational, rather than wholly applicable, qualities.

Yet Marsh also shows that Bonhoeffer's later explorations in Ethics and Letters and Papers from Prison never relinquish the idea a Christianity that is adequate to the challenges of the day will have to look and feel quite different from the casual Kulturprotestantismus of his upbringing. Challenges of vocation require challenges of preparation. Only something like monastic discipline—only a way of life that includes Bible study, heartfelt prayer, actual confession, authentic accountability, strong friendship, careful speech, historically grounded liturgy, and an unapologetic insistence on quality—will stand against the ravaging tides of culture-wide exploitation, violence, and stupidity. Maybe the over simplifications of the earlier books and the artificially easy experiment at Finkenwalde cannot provide blueprints for the rest of us. But they are stations on the way toward what Bonhoeffer famously called "religionless Christianity"—by which I think he meant serious discipleship to the particular person of Jesus, not the low-grade generic religiosity shaped lightly by the accidents of European culture that characterized the liberal Protestantism of both the academy (think Ernst Troeltsch) and the rank-and-file German populace of his day. This demanding and specific Christianity is what will be needed once the smoke clears and the next era dawns. Bonhoeffer continues to provoke us to necessarily new thoughts that are nonetheless grounded in the ancient practices of the church.

Bonhoeffer literally learned things the hard way, as Marsh's biography richly details. His loneliness, his chequered public speaking career, his marginal employment history, his semi-requited love with Bethge, his disillusionment with the Confessing Church and then the ecumenical movement, his horror at Jim Crow, his imprisonment and torture—these are the hard realities of a real man, not of James Bond with a theological degree or of Francis of Assisi facing the Gestapo. And these realities all put intense stress on the brilliant and well-furnished mind, the capacious and sensitive soul, and the strong, well-cared-for body of Dietrich Bonhoeffer. Such an extraordinary set of pressures on such an extraordinary bundle of resources produced, truly, a "strange glory," a glory whose blessing and whose strangeness, both, we are not yet finished appreciating. Charles Marsh has helped us to see some of that glory within the frame of strangeness, and therefore to be inspired by it afresh. 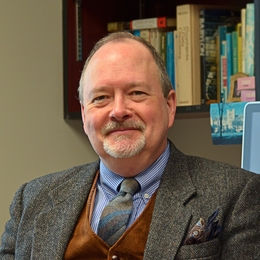 John G. Stackhouse Jr. is a Canadian scholar of religion. As a journalist he has been recognized with over a dozen awards by the Canadian Church Press, and his scholarship has been supported by research grants from the Social Sciences and Humanities Research Council of Canada, the Association of Theological Schools, the Canadian Embassy to the United States, and several other sponsors. He currently teaches at Crandall University in Moncton, New Brunswick. 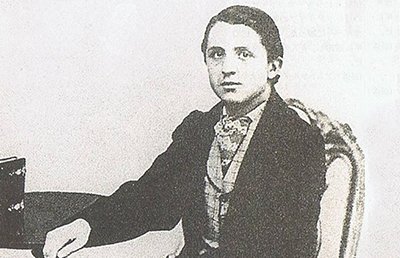 Our Racist Inheritance: A Conversation Kuyperians Need to Have

A report from the Kuyper Center for Public Theology's recent conference on "Faith and Race".

Something Beautiful for God: The Gift of Jean Vanier