A Road-map Through Ontario Employment Law

Small businesses are generally viewed as good places to work. By necessity, most small business owners and their employees develop close working relationships. This provides space for flexibility, creativity, and results in significant job satisfaction for employees.

Employees of a small business will by definition be the longest serving employees when the company grows and most likely be first in line for increased responsibilities and promotions. Small entrepreneurs rank highest in public esteem among the 13 professions Angus Reid queried in a 1998 survey.

It does not take a formal survey to know that government regulation of employment relationships is generally viewed as an intrusion by small business owners. The cumbersome forms, red tape, and formality of the process doesn't seem to fit the "family" environment small businesses try to create.

Unions are relatively rare (only 14 per cent of workers in firms with less than 20 employees are covered by union contracts), and human resource issues almost always take a back seat to core business concerns.

Does the government over-regulate employment relationships? Some suggest the parties have enough self-interest to take care of things themselves.

For management, attracting and keeping good employees is crucial to the success of the business. For employees, their livelihood is at stake.

The law is supposed to be a help, not a hindrance. But whether the law helps or hinders, business owners still need to know how to navigate their way through it.

Employment law in Canada is primarily provincial. (The exceptions involve work in the Territories, interprovincial businesses in the transportation and communications sectors, and direct work for the federal government.)

That doesn't eliminate appeals to the federal Charter of Rights or dealings with federal departments for employment insurance and Canada Pension Plan requirements. But, in most cases, it is the provincial government that sets the rules which apply to your business.

Can't we do without these laws?

It is not uncommon to hear complaints in the small business community that specific regulations go too far, create inefficiencies, and fail to serve anyone's interests.

The formality with which internal employment policies are administered usually varies with the size of the workplace. In a workplace with very few employees, there are usually direct personal relationships among everyone involved. The "boss" works alongside the employees. Issues can be talked through as they come up.

Once a workplace grows to a size where some people spend most of their time in work assignment, supervision, and other typical management functions, relationships have a way of changing. Despite best efforts and "open door" policies, communication difficulties develop. A gap can develop between workers and management.

This is usually a slow development over a period of time. Sometimes it is sparked by a specific instance, where actions are taken that are not fully understood or agreed with by the workforce.

More formal policies are usually required in this setting—and even the best policies have grey areas which can cause further problems. And since most employees are not protected by the private law of a union contract, public laws are necessary to deal with the occasional bad apple employer or employee.

This is not to suggest that every aspect of our employment system is defensible. Every kind of system is open to abuse. Majority governments can act like dictatorships, even though the system remains democratic.

It is possible to imagine an economic system in which all commercial exchanges, including the exchange of labour for payment, might take place on nothing more than a contractual basis. A worker agrees to sell labour for $10 per hour, and the employer buys labour in the same way as consumers buy bread from the grocery store.

But in such a system, economic might makes right in determining not only price, but also the conditions of labour. Employers would also be vulnerable, as workers could frivolously take advantage of whatever fickle opportunities short-term supply and demand might present.

This is, in fact, why the first labour laws were introduced. In the midst of the Black Plague in 1349, the English government passed an Ordinance of Labourers in response to the economic chaos caused by the extortion of employers by the scarce few healthy workers.

The mass exploitation of workers—including child labourers, an ongoing tragedy still in some parts of the world—during the industrial revolution made obvious the need for a more expansive framework of employment legislation. Historically, both employers and workers benefit from the economic stability, not to mention basic fairness, brought about within a framework of law.

Government to umpire, not participate, in labour relations

Perhaps the most significant challenge surrounding labour law changes in recent decades has been an increased willingness on the part of politicians to use labour relations as an economic lever. Rather than change labour laws based on objective standards of justice and fair treatment, political parties have been willing to manipulate labour laws to achieve outcomes that are perceived to be either "pro-business" or "pro-labour" in their orientation.

While this manipulation is always presented for public relations purposes as an effort to "recover balance," it is widely perceived that governments engage in labour law changes to advantage specific sides in the labour relations game.

This is a dangerous pendulum to start swinging, and difficult to slow once started. British Columbia has been subject to the most extreme swings, going back to the Barrett government of the early 1970s and continuing to the present.

Ontario, beginning with the Liberal/NDP alliance in 1985, and following through the Rae and Harris administrations, has similarly passed legislation that successively widened the arc of the pendulum.

Ultimately, labour law that is passed to please one set of stakeholders' interests will throw us back to the "might makes right" days. It's just that political might will have replaced economic might.

While all of us must do the little we can to make sure that fairness trumps special interests in employment law, most of us already have a hard enough time just finding our way through the requirements of the law. Small business owners will keep on track if we keep in mind the three purposes of employment law, and build them into our business strategies:

Sidebar: What the Laws Are and What They do

There are six main provincial acts in Ontario that have broad application to employment relations. Cumulatively, they run to almost 600 pages.

Keeping on top of all the details is practically impossible. It's also not necessary for most. But every business owner must at least have working knowledge of the law.

Employment Standards Act
This act sets out the basic rules that govern employment relations and applies to all work done in Ontario unless specifically exempted. It establishes rules regarding the payment of wages, minimum wages, hours of work, overtime and holiday provisions, pregnancy and parental leaves, and nondiscrimination requirements (both in the provision of benefit plans and in requiring equal pay for equal work).

It also sets rules for the use of lie detector tests, requirements for record-keeping, rules regarding employment separation or termination, director liability, and successor business declarations.

In a nutshell, its purpose is to provide the legal framework and establish minimum standards for employment relationships.

Labour Relations Act
This act establishes the framework for collective bargaining. It defines the rules regarding forming and joining unions, establishing bargaining rights for a specific company, the requirements on both sides in negotiating contracts (including the rules for strikes and lock-outs), the contents of a contract, the obligations on both sides while a contract is in force, and how bargaining rights can be terminated.

All aspects regarding the formation and operation of trade unions are governed by this act.

Although both acts govern all employment in Ontario and have provisions that potentially affect the actions of every employer and employee, in a nonunion setting the Employment Standards Act is the most relevant. In a unionized setting, the appeal is most commonly to the Labour Relations Act.

A key difference between the two is that nonunion employees may seek civil remedies in court—they can sue employers for employment-related issues—while unionized employees cannot. Unionized employees are restricted to the arbitration process set out by the collective agreement (such a process must be stipulated for an agreement to be valid) and cannot take their employer to court.

Occupational Health and Safety Act
This act establishes processes and obligations for maintaining safe workplaces. The law is intended to ensure workers are educated and informed about the dangers that accompany their work.

It also establishes the circumstances in which health and safety representatives must be formally certified, the processes by which workers can refuse work they believe to be dangerous, and the obligations and rights of all parties, including inspectors, to deal with the multitude of circumstances in which differing opinions about workplace safety may arise.

Some of these provisions apply to all businesses; others apply only to those over a certain size.

Workplace Safety and Insurance Act
This mandatory insurance system provides wage replacement and associated costs for workers injured at work. Lower rates are provided for firms that can pass a safety audit in their sector.

The Workplace Safety and Insurance Board (WSIB) requires extensive reporting and has rules for accommodating the special needs of employees in order to facilitate their return to work after an injury.

Pay Equity Act
This act applies to all private-sector employers with more than 10 employees. It requires a formal process measuring compensation patterns for men and women in terms of education, skill, responsibility, and workplace conditions.

The outcome of this process is a document known as a Pay Equity Plan. Since the intent of this process is to redress the historic undervaluation of work done predominately by women, Pay Equity plans must have implementation provisions whereby identified pay equity gaps between men and women are eliminated over a period of time.

The transition provisions for this legislation expired in 1998, so that today all affected firms must have a formal pay equity document completed and must pay wages that are consistent with pay equity principles. The legislation outlines compliance and enforcement processes.

The Dignity and Priority of Labour 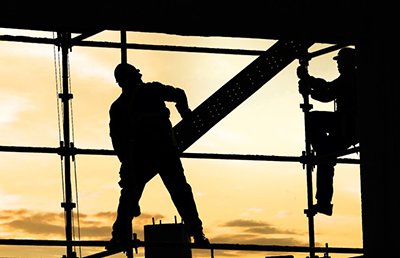 A Theology of Immigrant Labour

Foundational thinking on immigrant labour has to do with public justice, rights, duties, and responsibilities.