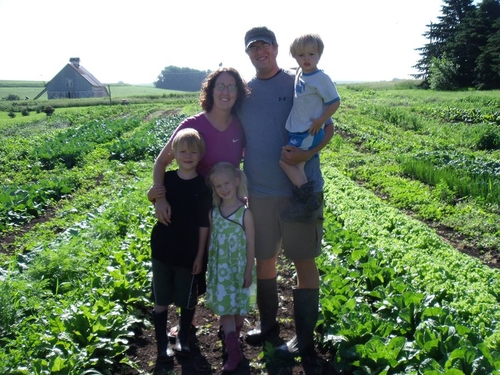 A Table in the Wilderness, An Altar on the Farm

Creation as liturgy.
by Phillip Jensen

I was not a farmer or the son of a farmer but the Lord called me to farm. The corner of creation that I knew best growing up was wilderness. Backpacking in the Rockies. Guiding canoes through the Quetico-Superior Wilderness. And I loved it. I loved it all because in creation's wildness I somehow experienced refuge, safety, and care. I didn't really have the words for this experience but I wanted more of it. I envisioned a future wilderness life, but that was not to be. Instead, I farm. But there's wildness here too—in abundance. There is something deep in creation that remains undomesticated no matter how intense the cultivation.

Through Scripture I learned that the right word for my experience of refuge in creation was "Love." I was experiencing love. No wonder I found refuge in it. For creation is aimed at a certain love. And from this place of love, creation worships. "The heavens declare the glory of God, and the sky above proclaims his handiwork (Psalm 19)." In the first chapter of Genesis, each piece of creation is uniquely oriented toward God. He spoke and they took shape. And it was all for his glory, purpose, and delight. It seems like the creation account itself is a kind of ordered worship—a liturgy—in which each created thing is given a specific task as part of the larger whole; a certain liturgical element or ritual or practice that is daily enacted since the moment of creation.

Thankfully the Bible interprets the language of the song for us, because we do not speak the language of Silver Maples, Cherokee Purple Tomatoes, or Red Wattle hogs. We need God's Word to explain this language to us for creation's song has often been misinterpreted and misapplied.

In Scripture we find that creation is not simply singing a song to a generic and distant Supreme Being or Divine Spirit or some other such mysterious and otherworldly god as some have supposed. Further, creation is also not simply singing songs of thanksgiving to its Creator. For in Genesis 3, the song changes. Scripture tells us that creation's song contains lyrics of longing for a future day of redemption. For creation is broken and is not as it one day will be. We hear a liturgy of lament through the Apostle Paul when he writes of a "groaning creation" in Romans 8. In Psalm 96, the Psalmist records a creation that sings for a God who comes as judge to make right, "Let the heavens be glad, and let the earth rejoice; let the sea roar, and all that fills it; let the field exult, and everything in it! Then shall all the trees of the forest sing for joy before the LORD, for he comes, for he comes to judge the earth." Isaiah writes of creation's response to the future day of consummated justice and redemption when he writes, "For you shall go out in joy and be led forth in peace; the mountains and the hills before you shall break forth into singing, and all the trees of the field shall clap their hands." Of that future day, John writes in The Revelation, "And I heard every creature in heaven and on earth and under the earth and in the sea, and all that is in them saying, 'To him who sits on the throne and to the Lamb be blessing and honour and glory and might forever and ever!'" The aim, the desire, the longing heard in creation's liturgy—interpreted through the pages of Scripture—is for the Lamb of God. Jesus is the love toward which creation is aimed.

So we learn whom creation longs for in Christian worship. But then we are sent from the liturgy of the Lamb into his creation. And when we intentionally enter into the rhythms and practices of this liturgy of creation, we are further aimed, primed, and purposed toward this greater love. We are given refuge in this greater Story. Through these practices we are formed to be a certain kind of people who desire what creation itself longs for, who hunger for the same nourishment, whose affections are tuned to the same embrace. Through the practices of this liturgy, we become a people who long for Jesus.

This liturgy of creation has been sung since the beginning but is today in need of formal recognition and articulation because our lives have become so distant from its song. I am not advocating a "back to the land" movement here (although my own rural Iowa desperately needs more people to "work and keep it," but that is another topic). In fact cities can be beautiful things of human creativity and do, I think, contain elements themselves of Eric Jacobsen has called "common grace liturgies." However, the separation that city life, when unbalanced, can engender between our lives and creation, coupled with an insidious utilitarianism, means that we rarely hear the song and when we do we think the song is about us. So you might say I'm inviting us to find common grace liturgies in the wilderness and on the farm.

Creation was not made to serve us but is strategically oriented in all its diversity and fecundity to glorify God (Colossians 1:16b). If we are to be a people who sing to the Lamb wholeheartedly and with great love and affection, then we need entrance into creation's song.

Let me offer four simple suggestions of how you might participate in the liturgy of creation and learn to sing its song.

1. Wilderness: Go camping. Go camping in wilderness if you can. When we camp we are creating tight and simple human culture closely aligned and responsive to creation. How else are we to know God as a shelter and refuge outside of a well-staked tent during a thunderstorm? Truly, we can only passionately wail Psalm 40 along with Bono with integrity when we have experienced an endless muddy portage and then the respite of a piece of ancient uplifted granite bedrock. "I waited patiently for the LORD; he inclined to me and heard my cry. He drew me up from the pit of destruction, out of the miry bog, and set my feet upon a rock, making my steps secure." I know of no better way to experience the primordial culture-making command of Genesis 1:28 ("Be fruitful and multiply and fill the earth and subdue it and have dominion") in context than to arrive at a deserted wilderness campsite at dusk and to create culture by making camp. In camping we can take up with the liturgy of creation in a way that shapes us toward greater affection for the Lord.

2. Work: Grow some of your own food. Food is the most basic and elemental way in which we daily take up with creation and it comes as gift. That does not mean that work is not involved. It is. Farming is very hard work, but when all is said and done, the food-giving gift of a planted seed is sheer grace. In whatever job or task that is before us, we often experience both the blessing and curse of work. But in gardening, or working closely with creation, the full range of the liturgy is distinctively heard. This is because we are not meant to be mere observers of creation, but participants in it. In working close to the earth, we experience the liturgy of creation as participants, and that can powerfully and subversively orient us toward the object of creation's praise.

I farm at Prairie Whole Farm. This liturgical element of work is one of the reasons why we launched the Summer 2014 Prairie Apprenticeship Program at our small-scale organic farm in western Iowa. The major components of the program are work, study, community, and prayer. Through the program we deliberately enter creation through the angle that I've been articulating. Apprenticing with us for the summer would be a wonderful way to enter into this liturgy.

3. Wonder: Take up bird watching. This is a very practical suggestion that Dr. Cal DeWitt often gives to those who ask him how they might "behold" creation with the wonder that it deserves. Beholding is a way of seeing creation as it truly is. Seeing in this way takes a lifetime of discipline and practice. Because we have become so accustomed to seeing creation through strikingly utilitarian and anthropocentric eyes it is very difficult to see the intricacies and complexities of creation as motions in a Christ-centred liturgical dance. Bird watching is one discipline that provides a new way of seeing the liturgical splendor, which is all around us.

4. Worship: Celebrate the Eucharist. In For the Life of the World, Alexander Schmemann writes:


The first and basic definition of man is that he is the priest. He stands in the center of the world and unifies it in his act of blessing God, of both receiving the world from God and offering it to God—and by filling the world with this eucharist, he transforms his life, the one that he receives from the world, into life in God, into communion with Him. The world was created as the "matter," the material of one all-embracing eucharist, and man was created as the priest of this cosmic sacrament.

This "liturgy of creation" that I have been contending for is not separate and independent of formalized and gathered Christian worship. The liturgy of gathered Christian worship—especially centralized in the Eucharist—is the liturgy of creation. And our place within this holistic and cosmic liturgy is not only that of participant. Our rightful place is that of priest in creation's liturgy in which we cultivate and nurture a creation that sings its song to the King. 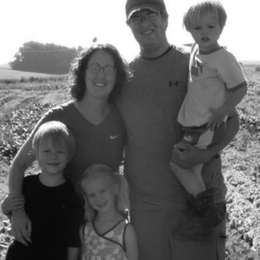 Phillip Jensen grew up in rural Iowa. He and his family returned there in 2010 to follow their particular calling of farming and ministry. They grow several acres of vegetables for the CSA that they started, and have a herd of Red Wattle hogs, a flock of hens, and a milk cow. In connection with The Earthen Institute, a ministry was started alongside the farm that has sought to care for marginalized folks and families in transition. Summer 2014 will inaugurate the launch of a new ministry on the farm: The Earthen Institute's Prairie Apprenticeship Program (phillip.a.jensen@gmail.com for more info). Jensen is on the leadership board at the Arthur Evangelical Free Church and is one of the organizers for the annual Iowa L'Abri Conference. He attended Taylor University, Iowa State University, and is a graduate of Covenant Theological Seminary. 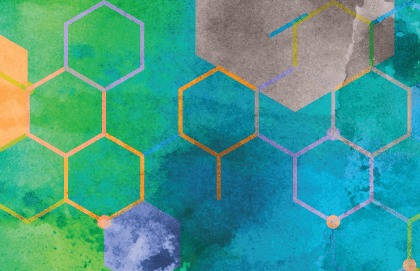 Why chemists need to be humanists. 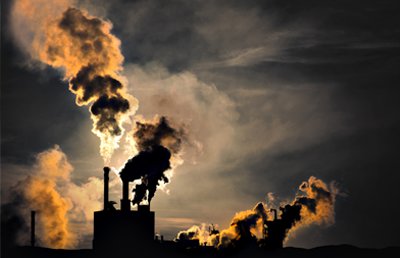