On June 25 the Ontario government unveiled its new Employment Equity bill which, among others, stipulates that "Every employer's workforce, in all occupational categories and at all levels of employment, shall reflect the representation of aboriginal people, people with disabilities, members of racial minorities, and women in the community" (italics added).

Forcing employers to hire, fire, promote, and lay off employees for the purpose of making the workforce mirror the demographic makeup of society, is a stupid exercise that will backfire. It means that numerous openings will be strictly reserved for nonwhite and female employees. In many workplaces therefore white males need not apply, and in a lot of other ones any whites—male or female—will be bypassed.

With respect to layoffs, the new law demands that seniority rules (a vital part of many collective agreements) must be set aside, and that gender and race will become determining factors if such a layoff would reduce the percentage of women and visible minorities below the required levels. Simply put, if you are a male in a predominantly male workplace and the person below you on the list is a female, she will be kept on and you will head for the door and the UIC office. Or, if you are a white female in a mostly white female workforce and a junior person belongs to a visible minority, you will be laid off first.

Typically, a collective agreement requires that job openings must be posted and that the employer must fill the vacancy on the basis of seniority and ability. Well, from now on skin colour and sex will also be main considerations, and the newly established Tribunal will have undisputed power to amend the contract. If you think you are next in line for a promotion to a better-paying or supervisory job, you may have to think again. Chances are excellent that the promotion goes to someone designated by the mandarins in Toronto.

But does the government not go out of its way assuring us that it will not impose hiring quotas? It sure does. The plan is touted with much razzle-dazzle about its voluntariness. Every company must submit a voluntary schedule of goals and timetables, a contradiction in terms if ever there was one. Adding insult to injury, the union in the workplace is held coresponsible for the drafting of such a schedule. And a business that fails to submit a satisfactory plan can be ordered by the Employment Equity Commission to go back to the drawing board. In case of noncompliance, or even on the complaint from one disgruntled employee, the Tribunal will have access to the premises and the files. For good measure, its ruling is final and binding with absolutely no appeal to the courts. If within a certain timetable a company fails to achieve the goal of having a workforce that precisely reflects the racial and gender composition of the area, it is subject to heavy fines and will be ordered to come up with the correct ratios. If that is not quota hiring (and firing), we would like to know what it is.

Also, what exactly makes one a member of a racial minority? According to the Bill, the still-to-be-drafted regulations will determine the precise definition, subject to approval by the Lieutenant-Governor. The poor man might want to consult some unemployed apartheid zealots in South Africa who turned the determination of one's race into a devilish science. They could, so they claimed, decide to the millilitre how much non-Caucasian blood a person had in his or her veins. Are we going in the same direction by segregating employees according to their "correct" ethnicity? Where does that leave thousands of Latin American immigrants who, because of frequent interracial mixing in their ancestry, are neither white nor black, neither Caucasian nor Aboriginal? And who will rule what exactly is an Indian, an Inuit, or a Metis?

Discrimination on the basis of race and sex is an evil that cannot be tolerated. There must be absolute equality of opportunity, and any business that discriminates should be prosecuted. But when race and sex rather than ability become the officially decreed criteria for hiring, promotion, and retention, we are heading for serious trouble that will aggravate rather than ameliorate racial tension. The proposed Employment Equity Act baldly states that it is exempted from the "Freedom from Discrimination" provisions of the Human Rights Code. In other words, once the Bill becomes law, discrimination on the basis of skin colour and sex in favour of certain categories is not only okay but mandatory.

We must protest such blatant, government-sanctioned victimization of millions of ordinary workers whose only crime is that they belong to the wrong race or gender category. Such people may also decide that Ontario is the wrong place to be. So may many businesses that are fed up with ideological folly.

Ed Vanderkloet was a National Representative with the Christian Labour Association of Canada and former editor of The Guide. 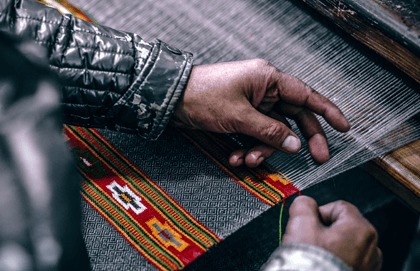 Behind the Tapestry: Continuing the Conversation with Andrew Bennett

May 18 th 2017 by Andrew Bennett with Brian Dijkema

Why we should learn to love the knots and messes of democratic life.

Don't Be Fooled by Equity Newspeak