Agrarianism is misguided: another reply

"There's a bright golden haze on the meadow," but should farming be exalted above other vocations? Does farming have any more claim on godliness than cleanliness? Scholtens argues that agrarianism is fundamentally flawed in three ways.
by Peter Scholtens

I was surprised by "Life in a Machine: The Crisis of Modern Agriculture," an article by Wilma van der Leek about agrarianism, published in the Work Research Foundation's Comment Online (September 2005 - V. 24 I.2). It was an uncritical review of agrarian philosophy, and of the American agrarian, Wendell Berry, in particular.

Agrarianism is prophetic in its declaration that greed and large-scale agriculture have been devastating to many ecosystems and rural communities. However, its solutions to the problems are misguided, naïve, and to some extent utopian in outlook. Agrarianism is fundamentally flawed in three ways.

Cultivation of the soil provides direct contact with nature; through the contact with nature the agrarian is blessed with a closer relationship to God. Farming has within it a positive spiritual good; the farmer acquires the virtues of "honor, manliness, self-reliance, courage, moral integrity, and hospitality" and follows the example of God when creating order out of chaos.

Because of its roots in the soil and a close proximity to God's creation, according to agrarians farming can lay claim to special, divine blessing. They insist that somehow this blessing should be recognized by the rest of society, especially in the form of financial support, perhaps in the same way that medieval societies supported monasteries.

By contrast, neocalvinists have pointed out that all work, within the ethical bounds of Scripture, has value. Traditionally, this argument has been used against those who would artificially elevate the work of the clergy above the laity and the scholar above the one who works with her hands. However, these same arguments can be applied against agrarian philosophy that elevates the farmer's position in the economy. We are all tied to creation, working within it, and creating order out of chaos. Agriculture has no special character that sets it apart from medicine, residential construction, industrial sales, home-making, pastoral work, or education.

The second problem with agrarian philosophy is agrarians' arguing that the family farm and surrounding community is the ideal structure, not just for farming but for living a balanced and harmonious life. Again, agrarianism affirms that

The farmer "has a sense of identity, a sense of historical and religious tradition, a feeling of belonging to a concrete family, place, and region, which are psychologically and culturally beneficial." The harmony of this life checks the encroachments of a fragmented, alienated modern society which has grown to inhuman scale (Inge).

Agrarians contrast farming and its supporting communities, especially farming families, with all other family businesses and with a corporate or industrial model of farming. But both distinctions are artificial. If it is true that all work is to be valued, what makes the family farm any more valuable than the family drugstore, the family hardware store, the family lumber yard, or the family grocery store? Most of these have gone the way of the dodo. Why shouldn't the family farm?

Second, it is very difficult to define what a family farm is precisely. I grew up on a hobby farm or, as some would prefer, an "amateur farm," where one family lived and worked. I know firsthand that small-time farming is not a great way to make a living. Our family farm was always heavily subsidized by my father's day job. We sold what we produced to local markets. The farm was by no means financially successful, aside from the tax breaks my father obtained.

In contrast, I have several full-time family farmers in my extended family. They are successful farmers—some would say, very successful. What have they done to survive? First, they receive much of their income through production quotas and fixed prices, both in the dairy and poultry businesses. Second, they are smart businessmen. Because of the quota system, they could have remained "the small family farmer (who) accepts and lives within limits" (Wilma van der Leek, "Wendell Berry Revisited," Comment Online, September 2005 - V. 24 I. 4), but they continue to grow and expand. They never stop moving, thriving on innovation, expanding, and diversifying. Some family farms have incorporated, running the farm as a corporation with a plurality of generations of the family working on the farm as employees rather than as owners. Is that wrong? Does that suddenly make it a corporate farm? They all prove that the family farm is not a small farm, with "two sheep on a hill." This is big business.

The final problem with agrarianism is its utopian view of agrarian society. Agrarians believe that

Farming offers total independence and self-sufficiency. It has a solid, stable position in the world order. But urban life, capitalism, and technology destroy our independence and dignity while fostering vice and weakness within us. The agricultural community can provide checks and balances against the imbalances of modern society by its fellowship of labor and cooperation with other agrarians, while obeying the rhythms of nature. The agrarian community is the model society for mankind (Inge).

Aside from the demonstrably false statement that farming offers self-sufficiency, agrarian communities are also not inherently ethical institutions and cannot act as models for the rest of us. Farming families are as susceptible to sin as any other human institution. We like to think differently about the family farm—sort of like motherhood and apple pie. However, the exaltation of the family farm and its surrounding community by contemporary agrarianism is wrong-headed. Families aren't necessarily any more environmentally sensitive than corporations. Families may well sell out to the local developer as soon as they're offered enough for their land. I've seen it happen too many times to think family farms are the "Holy Grail" of agriculture. Farming communities can be as corrupt and money-hungry as any corporation. It all depends on what's informing the ethics of the stake-holders, be they family members or corporate share holders. Families are as affected by sin as any other institution.

I believe that agrarian philosophers are calling our attention to a legitimate problem. In combination, greed and large-scale agriculture has been devastating to many ecosystems and rural communities. But the solutions they propose are philosophically problematic and are not workable. Farming is no more blessed than any other vocation, and the farming community is no more hallowed than any other community. The agrarian community is not a model society for mankind, for it is infected by the same evil that all other communities are infected with. Like every other vocation, farming must seek redemption outside itself. 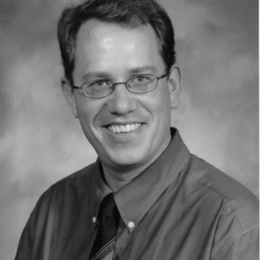 Peter Scholtens lives in Hamilton, Ontario with his wife, Diana, and their four children. He taught high school for 11 years and is currently furthering his education by studying theology and ancient languages. His other interests are varied, but include politics, horticulture, bird watching and creation stewardship.