During the last federal election, the issue of recognizing Quebec as a distinct society within the Canadian federation produced a fair bit of heat but precious little light. Some suggest the federal election results prove every region feels it is unique, with each electing its own party to represent its interests.

Alberta is no exception when it comes to feeling unique. Individualism, hard work, community action, anti-"big," grass roots, common sense. These are all terms that can be used to describe the Alberta mindset, and, combined with Alberta's geography and history, create a unique labour situation. A look at some of the background numbers and a few examples highlight the strengths and weaknesses of labour relations in Alberta and possibly provide insight for other provinces.

Alberta has some impressive statistics in its favour. With a 5.8 per cent unemployment rate, it currently enjoys one of the lowest rates in the country. In the month of April, its vibrant economy created over 50,000 jobs, 80 per cent of them full-time. The Conference Board of Canada predicts Alberta will continue to lead the country in 1997 with a growth rate of 3.5 per cent. But, from a union perspective, a more sobering statistic is that only 15 per cent of Alberta workers belong to a union, the lowest percentage in the country.

In the area of public finance, Alberta has been heralded as a leader. Its citizens enjoy one of the lowest levels of taxes (their tax-free day of June 28 is the earliest in the country). Although NDP neighbour Saskatchewan holds the distinction of recording the first budgetary surplus in recent years, it did so largely by increasing taxes. Under the leadership of Ralph Klein, Alberta significantly reduced spending.

Aided by higher than expected resource prices and growing gambling revenue, the Alberta government is now in the process of consulting with the public to determine what to do with billions of dollars in budget surpluses. Most Albertans favour reducing the accumulated debt, minor tax reductions, and small strategic spending initiatives that address areas most affected by spending cuts. This common sense approach is typical of a rural, prairie attitude.

Getting to this enviable fiscal position, though, was not without sacrifice. Soon after Klein was elected in 1993, he announced a five per cent pay cut for himself, his cabinet and senior bureaucrats, and members of the Legislative Assembly. On and on he cut, descending through the ranks all the way down to the lowest paid public servants, including housekeeping and laundry staff at hospitals and nursing homes.

While there was some objection, most people reluctantly accepted the new reality of cutbacks, realizing that the deficit spiral had to end. (At the time Klein took over from Don Getty, Alberta's per capita budget deficit was higher than in Bob Rae's Ontario.) Organized labour was unable to effect any kind of significant protest.

As the deficit was wrestled down, Albertans began to think differently about the various implications that flowed from spending cutbacks. In the fall of 1996, hospital laundry workers in Calgary took to the streets in a wildcat strike protesting the transfer of hundreds of service jobs to Edmonton. The illegal pick-eters garnered the support of most Calgarians and Klein vetoed the move.

Newspaper headlines asked, "Did Klein blink?" Actually, in true Klein fashion, he responded to the will of the people and made the politically wise decision. He was in tune with where the grassroots were at. Public support arose from the fact that most people figured the laundry workers had done their part to help reduce the deficit and that they should not be "rewarded" by losing their jobs, especially when the deficit dragon had been slain. To Calgarians, it didn't seem fair that these low-paid employees, after bending over backwards, should now be knocked down to the floor.

A recent legal strike by 10,000 employees at the province's largest food store chain, Safeway, also exhibited a number of interesting features. The seeds of the strike were sown in 1993 when the United Food and Commercial Workers union (UFCW) agreed to significantly reduce wages, benefits, and seniority provisions under the threat of the company pulling out of the province and closing all of its 83 stores.

The deal was worked out fairly quickly when management put the job-loss gun to the heads of the employees. Some critics said the union capitulated too easily to the company's pullout threat, suggesting the union benefitted hugely by the deal because it resulted in approximately 3,000 new members (all part-time) and netted an estimated $1 million dollars per year in additional dues.

In 1997, with company profits up again, the union and its members responded by putting the strike gun to the head of the company during negotiations for a new collective agreement. Another strike is not that noteworthy. But what was interesting, however, was the level of public support for the strike. Not what you would expect from a province that generally has little sympathy for big unions.

The reason was two-fold. First, support for the strikers was similar to that for the laundry workers. In this case, the public saw it as a large U.S. company not willing to share the benefits of belt tightening employees had endured over the last four years.

The second reason for public support was the allegation that the CEO of Safeway made over $80 million in total compensation during the four-year period when the employees, through reduced wages, kicked in about $60 million. This bit of information rubbed Albertans' sense of fairness and they responded. Sales were down significantly during the eight-week strike as the public avoided shopping at Safeway.

The Alberta construction sector has seen some remarkable changes over the last 15 years. In the early 1980s, towering cranes filled the Edmonton and Calgary skyline. Everyone in the industry was busy and there didn't seem to be an end in sight to the booming growth and ever-increasing wages.

In 1982, the bubble burst. By 1983, massive unemployment, falling wages, and stunted growth—except in the receivership market—was the norm. The traditional building trade unions refused to budge on their inflated wage rates. Major Alberta contractors responded by imposing a lockout for 25 hours and recalling their employees at much lower rates without a contract.

For a number of years following this, the Christian Labour Association of Canada (CLAC) was the only union that had contracts in certain sectors of the industry. Together with its members, it sat down with employers and adjusted rates to keep members working.

CLAC's cooperative, common sense approach provided a strong impetus for employers and employees to join CLAC as they sought different ways of working through difficult times. A government-sponsored committee, which included all players in the construction industry, sat down and explored ways to rebuild from the ground up. At the encouragement of groups such as CLAC, the parties began to develop a cooperative approach to issues of mutual interest, resulting in no strikes or lockouts in recent negotiations and the introduction of joint initiatives based on a collaborative framework.

Will other sectors see the same kind of success the construction industry now enjoys? Will Albertans be able to balance their strong sense of individual rights with their historical prairie notion of looking after their neighbour? Will Alberta continue to be both modern and yet not as secular as the rest of Canada? Personally, I believe it will. In order to prosper, it needs to continue to find a proper balance between individual and collective rights and obligations that are integral to each workplace.

Two current examples illustrate this. First, a recent right-to-work conference in Calgary encouraged participants to agitate for right-to-work laws in Alberta. Of all the provinces, Alberta may be the most receptive to the concept. But participants could find only out-of-province examples of restrictive practices that needed to be addressed. Alberta may benefit from some labour law reform but it doesn't need U.S. style right-to-work laws. In construction, this type of initiative could very well derail some of the joint efforts that are currently taking place.

The second example is the appeal of the Delwin Vriend case to the Supreme Court of Canada. Vriend is gay and was fired from his position as a lab instructor at Edmonton's King's College. He was let go from the private Christian university once he began to publicize his sexual orientation.

While there are serious challenges facing Alberta, the evidence of renewed cooperation and concern for those who aren't as well off, coupled with a sense of responsibility and a willingness to stand up for what is right, bodes well for Albertans. Alberta need not fear that it won't be noticed on the national scene. In fact, if it continues to develop the positive trends noted here, the rest of Canada will increasingly look westward for inspiration and insight. 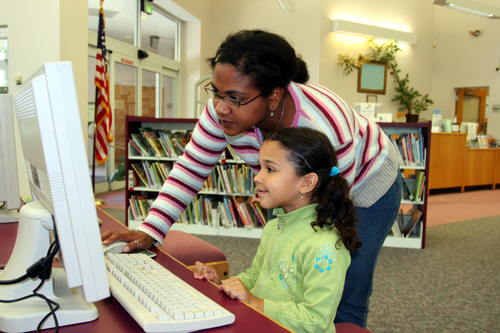