This is Part II of this interview. Read Part I here.

JS: Both in Faith in the Halls of Power and in View From The Top, networks or relationships are central in your account of influence. In fact, sometimes, it can almost feel like a version of "who you know" is the determining factor. I wonder what that means for those of us who are, for example, invested in Christian school communities, which—let me figure out a way to put this gently—are not always the most culturally savvy, hooked-up, "networked" spaces. To be honest, they can sometimes be a bit provincial, insulated, though that's not universally true.

So I wonder: What tensions do we need to work through if becoming influential catalytic leaders is about being immersed in networks that sort of snowball? What do you do if you are educating people very intentionally, but in spaces that are not kind of wired that way?

ML: I grew up Jackson, Mississippi, and my mom is retiring this year after serving as Head of School of Jackson Preparatory School. It's an independent day school, grade 6-12, with about 800 students there. If you had to ask me where the cultural centre of power in the United States is, it probably is not Jackson, Mississippi. I have these conversations with my mom who says "We feel a real responsibility in helping to develop young people and we feel far away from the corridors of power that you write about" and she says "I'm not even sure I want to get them in those corridors of power, but if we did, I don't think that we have the on-ramp or the mechanism where that can occur. What do I do?"

This is similar to a debate that has developed in the last ten years about how culture changes. It's been boiled down to two approaches: it's top-down elites who are in power and they impose their view on society and that's how power works; or, it's a bottom-up approach, a sort of grassroots movement.

I'm very persuaded by a political philosopher named J.P. Nettl who likens social movements and their effectiveness to rock formations. He says there are two kinds of rock formation. If you go into a cave, you have stalactite rock formations, which come down from the top, and stalagmites, which come up from the ground. He says if you're wanting to figure out what's the strongest base of support, it's when the stalactite formation meets up with the stalagmite rock formation and they form a single column. That, in my opinion, is very important and quite instructive for us to think about all kinds of social movements.

The civil rights movement in the United States in the 1960s: How did it become so effective? Why did it become so widespread? It's because the stalagmite movement, which started in the 1950s through the Black church in the US, began to get institutional sanction from a basically white elite in Washington. This was one time when actually the political landscape was ahead of them. What they did that was so effective is that you have the attorney general and the US congress, from the top, endorsing a social movement that began in a Black church.

What we have to do in Christian education is we have to create on-ramps, where our young people can indeed be exposed to people who come in from the top. We do that through guest speakers. We do that by taking them on field trips to cultural institutions. We do that by helping them to get opportunities that do expose them, so we don't create an insular, separate eco-system.

Networks really do matter. At the same time, too much of the evangelical movement of the last fifty years has been so focused on getting a seat at the table that they've lost their distinctive witness of what it is that we actually bring to the table. It's just about getting access; it's not about achieving real influence.

Cultural movements begin on the margins of society. In Canada and in the US, evangelicalism is a marginal movement. It's not the cultural centre. We are the place of innovation; that's where new ideas emerge. It doesn't become institutionalized until the centre of the culture embraces it. What we have to do as educational leaders is create the linkages between those two arenas. That, in my opinion, is how we actually have wider influence.

JS: So there's no reason why, say, Christian education needs to be provincial or insulated. We can look for ways to have the intersection without losing...well, holiness maybe would be a fair way to talk about it.

JS: Otherwise you come to so prize a place at the table, which you might prize for reasons of influence, but you don't realize that the influence ends up going the other way and assimilation ends up being the result instead.

I wonder if we can look at that finding from two different angles. Are there virtues to be learned there that might make us look differently at the price that catalytic platinum leaders pay? Or could Christian schools be a place where we help students to imagine a different way of balancing so that they can imagine, "I can both be a good husband, father, parishioner and a creative entrepreneurial innovator?" Are there resources for us to do...?

ML: Let me just say one of the things that I think is a real need for us, at the current moment—looking at the young people who are in our schools—we actually need to do a better job of helping instill a sense of what I call 'godly ambition' because the young people that we deal with are ambitious. They're ambitious about justice. They're ambitious about solving big problems around the environment and poverty, but they have not necessarily tethered those big sorts of questions and worthy dreams with a understanding of how the gospel shapes that in profound ways. We're trying at Gordon to model, for our students, ways in which we can be appropriately ambitious. We need more ambition in the church. We need to have a bigger view of what can we do. The reason is because the wider culture has convinced us that if you are a serious orthodox believer on a whole range of issues that you're bigoted, you're myopic, you're insular, you're part of this sub-culture. So we need to help our students get a much more ambitious, grandeur vision and part of that is by bringing before them successful models.

JS: I completely agree about godly ambition. The flip side of this picture that emerges from the data that I worry a little bit about is a kind of congenital timidity that characterizes students in Christian schools. I have always thought Jonathan Franzen's novel, The Corrections, just captures what some of us experience in our students, which is a sort of "Midwesternness." It's like: "Don't promote yourself." And you have to try to pull students out of that.

But on the flipside, I wonder: Can leadership, entrepreneuriship, innovation become its own idol?

JS: Now, it could be that, right now, in this moment, what we actually need to emphasize is the godly good of catalytic, entrepreneurial leadership. But I wouldn't want us to then lose the other virtues of the Christian community's, well, humility. And isn't there a space and shouldn't Christian schools and the church be a place where we can actually value modes of leadership that aren't platinum leadership?

I'm not going to remember this correctly, but there was, I remember, a number of women, who I believe were Princeton alums, who devoted themselves not to careers, but to raising their children. They had a collective blog that was called Building Cathedrals because they knew that, for them, for their vocation, was to invest in the intense leadership that is being parents, "building cathedrals" by investing in parenting. That might not be Fortune 500 leadership, but it might be no less influential for the common good.

The emphasis here needs to be contextual. In some Christian educational contexts, they've been doing this for 100 years and what they need is the godly ambition shot. But it does seem to me that there are other places and contexts where what we need to do is revalue that kind of—what would you say?—"quiet" leadership. Even domestic leadership.

ML: Yeah. I think one of the key things that we can do, as leaders of Christian institutions, is to help to put before young people the range of callings that we all have and to recognize that differentiating callings does not necessarily entail hierarchy of callings. I think that's very important. A very tangible way that we're trying to do it right now is we're trying to think about what is the place within the halls of power, let's say, of people with disabilities? How do we think about people with disabilities in their callings? I certainly agree with you, Jamie, that there is actually a prophetic word to be spoken to the mindless chasing after influence, which has captivated a lot of the evangelical mosaic of the last fifty years. I certainly agree with that. At the same time, I am not persuaded by those arguments that suggest that we ought to sort of withdraw from those corridors of influence because truthfully we just need a lot more godly people who have real influence over our society.

There's a debate, but social scientists have basically concluded in the United States there's about 7,500 office holders, people who hold certain positions that wield significant societal influence over how we live our lives. For me, I want there to be a lot of Christians among that group because those individuals do have a unique opportunity. 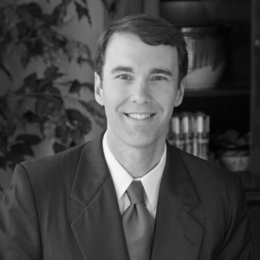 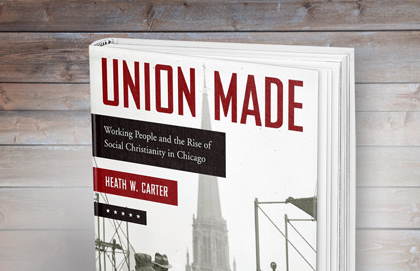