Another Class Conflict in the Making? A Discussion of Jeremy Rifkin's The End of Work

Since the dawn of breathtaking technological advances in computing, many visionaries have predicted the eventual ascendancy of information technology in the workplace at the expense of human labour. The massive post-war boom and economic expansion of the fifties and early sixties made these early dire predictions of ruinous levels of unemployment and social displacement appear wildly alarmist. Yet, as the global village readies itself to turn the corner on a new millennium, these earlier predictions are starting to play themselves out.

Daily experiences reinforce concerns about diminished job prospects, corporate downsizing, government indebtedness, leapfrogging technological change, and declining consumer purchasing power. Amidst these genuine concerns, it is not at all surprising that a book entitled The End of Work could be written and become a bestseller. In an engaging and well-researched book (despite the depressing title!), Jeremy Rifkin provides a timely survey of the emerging information revolution and its potential ramifications for employment, our social fabric, and even how we view ourselves. What makes this book a worthy read is that it addresses the difficult questions that arise if we are indeed moving to a low employment future.

Rifkin's thesis falls squarely within the "sky is falling" tradition mentioned above. He posits that "we are entering into a new period in history where machines will increasingly replace human labor in the production of goods and services. . . . Unused human labor is the central overriding reality of the coming era" (p. 291). Unremitting global market forces are causing formerly unimaginable amounts of goods and services to be created at low cost and requiring a rapidly shrinking human labour component. An excellent survey of these developments can be found in Dirk de Vos's article "A Window on the Future" in the winter issue of WRF Comment. Rifkin provides an extensive overview of the technological inertia created by exponentially rising computing power and improved corporate utilization of technology.

Blue collar manufacturing workers were the first group to feel the chilly effects of rapid technological change. Global competition and increased automation have gradually reduced the number of manufacturing workers employed and lowered their wages since the early 1970s. In the short period from 1989 to 1993, nearly two million manufacturing jobs disappeared in the U.S. Many people have been forced to accept part-time employment at far lower wages with no benefits in the service sector. The biggest area of employment growth in the 1980s was the food and drink industry—McFlipper jobs. The decline in manufacturing incomes is likely a major reason behind the rising labour force participation rates of both parents over the past three decades. Families are trying to maintain their former standard of living by working longer hours away from the home.

The surprise casualty has been corporate middle management ranks. While they formerly controlled the flow of information up and down the multilayered corporate hierarchies, middle managers are being replaced by their electronic competition, the computer. As authors Davidow and Malone have noted: "Computers can gather most information more accurately and cost-effectively than people .. . and transmit the information to decision makers at the speed of light.... A well-trained employee can now make the decision faster and in a more responsive fashion than the remote manager miles away" (p. 105). The stable middle management positions that many baby boomers have come to count on are being declared redundant and eliminated en masse.

Thus, the spectacle of American telecommunications giant AT&T recently "promising" to lay off tens of thousands of workers in the coming years. Long distance operators and middle management both face severe job losses while AT&T took out one-page ads in major American dailies informing the world that their newly dismissed employees were "world class" but, unfortunately, not needed.

Technology pushes onward and most people believe corporations are the big winners from the increased productivity, especially as the American stock markets repeatedly hit new highs. Actually, the precise opposite is true. Corporate profits are in an unchecked 60-year decline. Corporate profits were 12.2 per cent of our gross domestic product (GDP) from 1940-1954, 11 per cent from 1955-1979, and 10 per cent in the 1980s. From 1990 to 1994, corporate profits were a meagre 6.1 per cent, exactly half of the rate of the post World War II boom years.

The initial beneficiaries from the information revolution are two groups: elite management and the "knowledge professionals." Upper management have seen fit to give themselves incredible escalating salaries and stock option bonuses while downsizing rapidly. Rifkin notes that "in 1953 executive compensation was the equivalent of 22 percent of corporate profit. By 1987 it was 61 percent . . . Had the nation's manufacturing workers shared in the productivity gains and profits to the same extent as management, the average factory laborer today would be earning more than $81,000 [U.S.]" (p. 173). Corporate compensation is so out of touch with reality that when asked recently at the annual shareholders meeting for Scotia Bank to justify his salary package, the chairman's weak response was that it trailed some of his banking counterparts, a self-serving circular response that did not go unnoticed.

The elite group that stands to reap handsomely are often referred to as the "knowledge workers." Social historians Harrison and Bluestone note: "The upper tier of the labor market includes the managers, lawyers, accountants, bankers, business consultants, and other technically trained people whose daily duties lie at the heart of the control and co-ordination of the global corporation" (p. 176). These individuals are the "creators, manipulators and purveyors of the streams of information that makes up the post-industrial, post-service global economy." They are vital to corporate success in the information age and are reaping an increasingly large share of the economic pie despite their small numbers. Rifkin provides a telling illustration of the new economic reality. Less than eight per cent of the price of a semiconductor chip goes to the owners of raw materials, the equipment and the manufacturing facilities. Labour costs average only six per cent. Instead, fully 85 per cent of the cost goes to specialized design and engineering services and for patents and copyrights.

Global economic transformations have historically been glacial, interspersed with sudden lurches forward. Subsistence agriculture began to develop a surplus, eventually forcing most of society off the farm. The Industrial Revolution spawned mass production and workers found employment in the factories. Then, creeping technological change saw the percentage of the work force employed in manufacturing decline steadily from 33 per cent in the 1950s to only 17 per cent in the 1990s. The expanding service sector absorbed many who were displaced. Yet the coming decades will see technology pressing into this area as well, especially displacing low-skill part-time employees.

It is becoming painfully evident that our use of technology is creating a lopsided distribution of income. An ever-increasing percentage of society's output is channelled directly into the hands of top management and the knowledge experts. Rising wealth concentration amidst increasing productivity gains is not a desirable allocation of the economic benefits of our mixed economies. Economic opportunity for many depends on providing services desired by the two groups or benefiting from government redistribution of income. Discussion of the "haves" and the "have nots" has always been commonplace, but the educational barriers between these stylized groups appear to be growing. Middle-aged steelworkers who lose their jobs to automation will not likely be able to transform themselves into software computer engineers.

Evidence is gradually mounting to support the above broad outline. The latest Statistics Canada survey of income distribution showed that the lowest 20 per cent of families experienced a drop in earned income of nearly a third in the past few years. Only increased government redistribution has kept their income levels relatively unchanged. Hours worked per week is showing a polarizing trend. Between 1976 and 1993, the number of Canadians working more than 50 hours per week rose by 27 per cent. Conversely, during the same time frame, the number of workers employed for fewer than 30 hours a week went up by 55 per cent. Much of the social turbulence has been hidden. Many companies are downsizing through attrition, buyouts, and hiring freezes. The resulting social trauma is most clearly captured in the stagnant job market for our youth. One out of every five is unemployed and these numbers don't account for the many attending university or are underemployed as they wait for the job market to pick up.

Some may view Rifkin's analysis with a measure of scepticism, questioning whether the dramatic changes implied are overstated. Nevertheless, it is difficult to believe the broad currents of economic and social change are not flowing in the direction Rifkin suggests. Noted management theorist Peter Drucker warns that the "critical social challenge facing the emergent information society is to prevent a new 'class conflict between the two dominant groups in the post-capitalist society: knowledge workers and service workers'" (p. 176). Much of the social glue that binds our post-Christian Western societies revolves around the provision of wealth and opportunity that our economies have generated.

Possible narrowing of the wealth trough and a sharp decline in paid employment present difficult public policy issues that need to be addressed. Rifkin believes that "the high-tech global economy is moving beyond the mass worker. . . . Redefining the role of the individual in a society absent of mass formal work is, perhaps, the seminal issue of the coming age" (pp. 235-236). These currents of change demand a carefully measured examination lest they inexorably sweep us away. In the next issue of WRF Comment, we will examine and critique from a Christian perspective some of the ideas Rifkin puts forward to forge a new social contract amidst the flotsam described above. 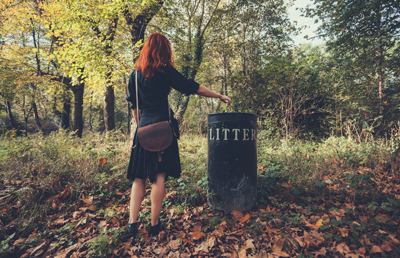 The Next Canadian Century: Building a Competitive Economy