Art serves the pivotal role of tapping into our imagination to offer a vision of what human flourishing might look like in the various spheres of life.

In high school, I loved to paint and draw. I even planned on majoring in art in university. But something happened when I was a senior: I became a Christian. While I didn't know anything about iconoclasm or other theological arguments against art, I felt that art was not a worthwhile pursuit for a believer. What could I do as an artist for the kingdom of God? Maybe I could make money and support missionaries, but then again, becoming an artist to make money didn't make much sense. So though I began my undergraduate as a studio art major, I soon switched to something more "useful."

I thought I left art behind, but I returned to it in my graduate studies. As I looked to see how God is working in the world, I realized that the field of art had not yet been harvested. Around this time, I found Abraham Kuyper's chapter on "Calvinism and Art" in his Lectures on Calvinism. Kuyper's lecture on art was the fifth of the six "Stone Lectures" he gave at Princeton Theological Seminary in 1898. Being new to neocalvinism and aesthetics, I sought other resources to better understand Kuyper's thoughts on art.

I was excited to find Peter Heslam's Creating a Christian Worldview (Eerdmans, 1998), published on the centennial anniversary of Kuyper's lectures. However, after providing a helpful summary of the "Calvinism and Art" lecture, Heslam concluded with a peculiar statement on how the importance of this lecture should "be sought out more in the fact that he [Kuyper] addressed the arts . . . than in what he actually had to say about them." Heslam argued that Kuyper "offered little in the way of practical guidance to the interested artist."

What Heslam did not mention is that Kuyper was not addressing a group of artists—rather, his primary audience consisted mostly of theologians and pastors. The statement is even more peculiar when read with Heslam's prior announcement that Kuyper's "lecture on Calvinism and art was the most crucial of all the six lectures he gave at Princeton" for proving the credibility of Calvinism as an all-embracing worldview. So when Heslam says that Kuyper's specific ideas on art were irrelevant, he seems to imply that Kuyper failed the credibility test (and attributes his influence on future neocalvinists engaging with the arts to his ideas on worldview).

But I would argue that there is a "pearl" for artists in Kuyper's fifth lecture. Near the beginning, he made the often-quoted but easily-overlooked statement, "I am not in the least induced to [plead the significance of Calvinism in the domain of art] by this vulgarization of art, but rather keep my eyes fixed upon the Beautiful and the Sublime in its eternal significance, and upon art as one of the richest gifts of God to mankind" (emphasis added). The last part of this statement is significant. Continuing on the idea of art as a "gift," Kuyper reiterates Calvin's affirming reflections on art: the Holy Spirit's gifting in the artistry of Jubal (Genesis 4:22), the enhancement of God's praise and glory through the liberal arts, and the power of music to move hearts. "In view of all this we may say that Calvin esteemed art, in all its ramifications, as a gift of God," exclaimed Kuyper.

We might rightly wonder why Kuyper chose to lecture on art. As Heslam pointed out, it was not a topic that Calvinist theologians traditionally dealt with. So while it is significant that he dedicated one of his lectures to the topic of art, the notion of "art as a gift" more fully shows the importance of art for Kuyper. As the penultimate lecture at Princeton, "Calvinism and Art" links the previous four lectures with the conclusion on "Calvinism and the Future." And the idea of "gift"is what ingeniously brings the lectures together.

The idea of God-given gifts is embedded throughout the lectures. In the first, Kuyper claimed that "Calvinism" was given by God to be "a blessing . . . and a bright hope . . . for the future." He recognized that "the power of imagination is a precious gift of God Himself" (in "Calvinism and Religion") and "sovereignty of genius is a gift of God" (in "Calvinism and Politics"), and he spoke of "the super-natural gift of original righteousness" (in "Calvinism and Science"). In the penultimate lecture, it is art itself which is the gift, and in the final lecture, Kuyper referred to Christ as given by God for the purpose of our life in the world ("Calvinism and the Future").

The idea of God's gifting unifies the lectures and highlights the importance of art. In each sphere, believers are called by God to be agents for human flourishing. After describing God's gifting for this endeavour in the spheres of religion, politics, and science, Kuyper named art as "one of God's richest gifts to mankind." Art serves the pivotal role of tapping into our imagination to offer a vision of what human flourishing might look like in the various spheres of life. Similarly, in A Free Church, A Holy Nation, John Bolt discerned that Kuyper's unique, artistic abilities as a "poet" helped him to accomplish so much in his lifetime.

As part of his criticism, Heslam narrowly defined Kuyper's aesthetics as "the task of reflecting beauty of the lost paradise and the coming kingdom of glory." But Kuyper's vision for art was not simply about producing scenes of idyllic gardens or golden castles in the sky. Instead, the arts contribute to a broader understanding of human flourishing as intended by God without trying to give easy answers. As Kuyper said, "From this standpoint, Calvinism honored art as a gift of the Holy Ghost and as a consolation in our present life, enabling us to discover in and behind this sinful life a richer and more glorious background."

One of the dangers of talking about "art as a gift" is mistakenly interpreting the focus to be innate abilities. While some may be "born with" artistic abilities, the focus is not the recipient, but the source of the gift. Kuyper emphasizes the vertical. God gifted Bezalel "to make artistic designs" for the tabernacle by filling him with the Holy Spirit (Exodus 31:4). God is the Giver; we receive in gratitude.

In his classic work The Gift, Lewis Hyde provides an insightful observation on the nature of gift exchange. He wrote, "The gift moves in a circle, and two people do not make much of a circle. The two points establish a line, but a circle lies in a plane and needs at least three points. This is why, as we shall see, most of the stories of gift exchange have a minimum of three people." This triad gift exchange is congruent with Kuyper's understanding of art—God gives "art as a gift" to the artists, who share the gift with viewers, who in turn offer prayer and praise to the divine Giver.

But on a deeper level, we can recognize through the lens of Christian faith that the triad gift exchange is founded on the perichoretic dance of the Trinity. In other words, the idea of "art as a gift" is based on God, whose nature is to give.

If I had known of Kuyper's "art as a gift of God," I might not have put away my charcoals and paintbrushes as a freshman. I would have understood that the vocation of an artist is not be valued based solely on usefulness, but in sharing with others the gift of the Giver. 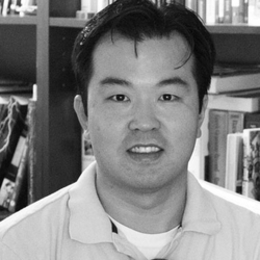 S. Edward Yang is a Ph.D. candidate in theology and culture at Fuller Theological Seminary. Edward was born in South Korea and has lived primarily in Los Angeles since age 6. After serving nearly a decade as a youth pastor, he is currently the associate director for ISAAC (Institute for the Study of Asian American Christianity), Southern California region. He holds a ThM in Christianity and the arts from Regent College, a MA in theology from Talbot Theological Seminary and a BS in biochemistry from UCLA.

Get Your Hands Dirty: The Vocational Theology of "Luther"

Casting Call: Abraham Kuyper and the Drama of History