As a Stranger Give it Welcome

When a discomfiting question accosts you for spare change, a truly free academic gives it welcome as a stranger.

Horatio: O day and night, but this is wondrous strange.

Hamlet: And therefore as a stranger give it welcome.
There are more things in heaven and earth, Horatio,
Than are dreamt of in your philosophy.

Prompted by Chris Cuthill's article Facing the Strange (February 25, 2011), I've been thinking about "strangeness" as a broader conceptual framework for Christians. Cuthill's advice—to receive unfamiliar art with openness, humility, and charity—resonates strongly with Christian anthropology, epistemology, and hermeneutics that have their roots in Augustine and Calvin.

Before I explain: I was teaching Hamlet last week to first-year students at Redeemer University College. Redeemer has been the subject of some brouhaha about academic freedom at faith-based colleges and universities, and we were feeling a little defensive and vulnerable. We may secretly have indulged in a bit of righteous indignation, or perhaps even some spiritual pride. And that's precisely when the ghost of Hamlet's father appeared in my classroom.

One of Hamlet's many intriguing dimensions is the theological problem that the ghost of Hamlet's father presents. The theatrical origins of the ghost are not too difficult to imagine: a good revenge tragedy needs someone, preferably a hair-raising ghost, to explain what happened to the poor sod who was murdered. Even the psychological origins make sense: ghosts are often manifestations of some repressed memory, suppressed conscience, or compressed inner turmoil.

Hamlet and Horatio, however, are students of philosophy, and they need a theological explanation. What happens to the soul after death? Is this ghost real, an illusion, or the devil in disguise? Hamlet's ghost claims to be in some purgatorial state, but how does that square with the otherwise Protestant framework of these two students from Wittenberg? In short, the ghost doesn't seem to fit their philosophy. Indeed, as Horatio says, "This is wondrous strange!" With some exaggeration (and some scholarly inflation), we might almost say that the apparition challenges the confessional commitment of Hamlet and Horatio's worldview.

Academics often find themselves in Hamlet and Horatio's predicament. We encounter some strange reality in our research or teaching—something that we had never dreamt of in our philosophy. It's something more profound than a "never-thought-of-it-in-that-way-before" moment, and more like a "what-am-I-going-to-do-with-this?" moment. We may be tempted to shoehorn the anomaly into some existing category or hide it among the mismatching items in the sock drawer of the mind. Or, worse, we may be tempted to ignore the strange reality altogether, to pretend that it never crossed our path nor met our eye.

It struck me that an academic's immediate response to a strange idea, fact, discovery, feeling, theory, approach, or whatever is perhaps the best test of academic freedom: that moment when a previously-unthinkable thought comes knocking; when a discomfiting question suddenly accosts you for spare change; when an unfamiliar idea holds your attention. I believe that a truly free academic gives it welcome as a stranger.

It may seem paradoxical, but such a gesture of hospitality—of giving the outrÃ© a place at the table with an invitation to join the family in conversation—is a positive expression of a commitment to truth. It indeed seems paradoxical that a commitment to truth would lead one to lower the drawbridge and raise the portcullis. Remember Troy, one might murmur, and test the spirits through the peep hole before sliding the chain on the lock. Challenge the "first-met stranger in the waning dusk" with pointed scrutiny, as the narrator in T.S. Eliot's "Little Gidding" was wont to do.

But such an inhospitable response to the strange reveals a fear of truth, not a commitment to truth—of mind-forged manacles rather than the truth that sets one free.

A confessionally-grounded response to strangeness begins with recognizing the stranger as the double reflection in whom I see myself as the image of the Creator. "Mon semblable, mon frère!" as Baudelaire might say. David Smith and Barbara Carvill argue persuasively in The Gift of the Stranger: Faith, Hospitality and Language Learning (Eerdmans, 2000) that the unfamiliar is a blessing that deeply enriches our experience of the familiar. Perhaps it's a bit of a stretch, but I would wager that the hospitable response to a strange idea is not far from biblical anthropology, ethics, and axiology.

Neither is it distant from a biblical epistemology. The confession that finite human beings do not have complete knowledge of the world does not invalidate the knowledge that we do have—it simply realizes that knowledge is partial, limited, imperfect, incomplete. To borrow John Milton's famous defense of academic (and other) freedoms in Areopagitica, epistemological humility calls us to search actively, even in unlikely places, in order to complete our picture of truth. When something wondrous strange comes our way, we give it welcome as a stranger, for we may be entertaining angelic truths unawares.

Humility is matched by its twin, charity. The Augustinian virtues of humility and charity are often hard to find in academia, where pride and ambition seem to rule the roost. Agape love, which summarizes the law, manifests itself in the academic context in the unconditional, sincere, profound welcome that we extend to our colleague-neighbour. What David Lyle Jeffrey in People of the Book (Eerdmans, 1996) has called "the broken-hearted reader," who converses with texts in humility and charity, reading with what Alan Jacobs has described as "the hermeneutics of love" in A Theology of Reading (Westview, 2001), characterizes the academic who gives welcome to the stranger.

Yes: in the midst of our welcome of the strange, we must not forget that the perfect love that casts out intellectual fear is also a discerning and discriminating love, one that takes seriously its responsibility to build up knowledge. Entertaining the strange idea means giving it its due attention, response, evaluation—and perhaps correction. Embracing the strange for the sake of its strangeness alone may lead us astray. After all, Hamlet spends the next two acts of the play investigating the authority of the ghost and testing the validity of its message. So welcoming the wondrous strange idea comes with an obligation to engage it with intellectual honesty and rigour.

Indeed, one's immediate response to a strange idea, fact, discovery, feeling, theory, or approach is perhaps the best test of academic freedom. An academically-bound scholar is inclined to secure the mind-forged manacles when a never-before-considered question shivers the intellectual timbers. And an academically-restrictive institution circles the wagons as soon as a challenging truth appears on the horizon. But as Hamlet reminds us, a free academic committed to a biblical picture of humanity, knowledge, and understanding is one who gives the stranger welcome. 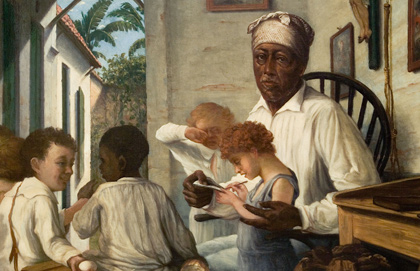 Games can recover play in learning, but we still have to know what it means to "learn." 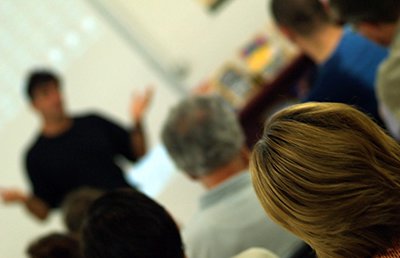