This book is a compendium of articles written by well-known Canadian socialists such as Steven Langdon, Buzz Hargrove, Howard Pawley, and Daryl Bean, and lesser known NPDers and "social activists" with faithful histories in left-wing politics. It was intended to rally the socialist troops and point the way forward. What it actually accomplishes is to bare the totalitarian soul of socialism, and to warn perceptive readers to stay clear of this mortally wounded but still dangerous brontosaurus.

The contributions vary considerably. Some are detailed expositions of a topic, others broad brush. Most, not surprisingly, are strongly left wing with little indication of flexibility in approaching current economic and political reality. A few are refreshingly different, with recommendations that most reasonably minded persons would find agreeable. Overall, however, the book is militant, energetic, and angry—not a surprising outcome from "social democrats" who find themselves struggling to make a place in a world that increasingly rejects them—it having experienced the baleful consequences of applied socialism in a number of countries.

In the "angry" category nothing can touch Victoria Cross's "Essex Windsor Makes Its Own History." Here the brave socialist forces do battle with the scurrilous CBC, which is attempting to reduce its drain on the public purse by closing a local Windsor TV station. Ms. Cross works herself into a lather over this. She sees it as just one more attempt by the right wing reactionaries to force the greedy "corporate agenda" on an exhausted public. At one point, Cross and her colleagues, breathtakingly unconcerned for property rights, actively "explore(d) the feasibility" [p. 120] of the physical seizure and occupation of the CBC building. Although they eventually rejected the suggestion on the money tainted grounds that it would jeopardize the workers' accrued pension benefits, Ms. Cross wistfully comments that "some Windsor area labour leaders still wish it had happened."

Let us remember the purpose for this book. It is to foster a new vision for socialists, a road map for the way ahead. Could Ms. Cross, an associate of Steven Langdon, be more firmly entrenched in the past? Does she really think seizures of this nature are acceptable to the public? I hope, now after the native standoffs at Ipperwash and Gustafsen Lake, she does not. But not likely.

What gives the brittle edge to many of these contributions is their strong dualistic view of the world that sees "evil" as that property possessed by everyone else, especially "the enemy" who pursues a right wing, elitist, "corporate agenda." Judy Wasylycia Leis even personalizes the evil market forces, making the systemic results of thousands upon thousands of individual decisions into beasts of the Abyss who stalk the innocent individual with malevolent intent. Writing in "Towards Citizen Welfare and Democratic Citizenship," she describes market "forces" as having "consistently viewed women as a cheap source of labour to be moved in and out of the labour force as economic conditions require." The role of the capitalist state is to compliment [sic] and support the needs of market forces....It also does so by maintaining job ghettos and gender bias within the public sector workforce and by doing very little to redress the undervaluation of women's work." (p. 208) This may be great reading for the socialist faithful, especially those of old who, as one wag has put it, remember everything but learn nothing. Statements like this place socialism in the Marxist "dustbin of history." There is no factual evidence that can be arrayed against them, couched as they are in such apocalyptic terms.

As we Come Marching presents a disturbing portrait of committed socialists angrily, resentfully, bitterly, and cynically conniving to foment the necessary social anger to bring them to power. There is no reform envisioned here but a "new world." The socialists writing in this book show no appreciation for limits, for the givens of life, and for working with others to achieve mutually agreeable ends. They give every evidence of being what Thomas Sowell calls "The Anointed," a moralistic group who defines themselves as being alone on the high moral ground.

The Passing Summer: South African Pilgrimage in the Politics of Love 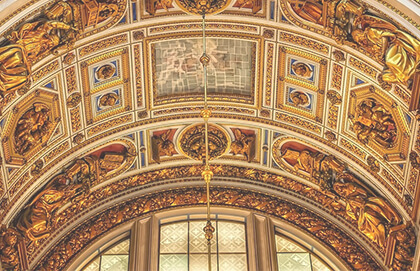