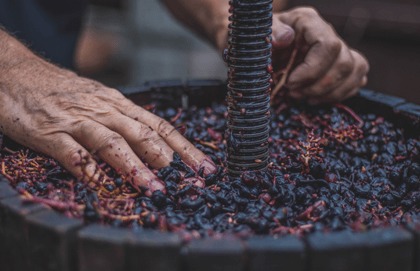 There are many good reasons to read Martin Luther, especially at this point in history, when we are celebrating the five&dash;hundredth year since his famous posting of the theses to the castle door in Wittenberg. Luther is, of course, a massive historical figure, a great shaper of the German language, and a great theologian, all good reasons for reading him. But the most important thing we can learn from reading Luther today is what can happen when we put the Word of God in the place of primacy, even in our understanding of public life. For Luther, the Word of God is the fundamental reality from which everything else follows. And this includes tangible, material reality. Creation, for Luther, names the time and space that is sustained by the ongoing personal presence of the Word, which accomplishes what it says. Even birds and fish "are nothing but nouns in the divine rule of language," as he puts it so beautifully in his Lectures on Genesis. It is this stress on the primacy of the efficacious Word that Oswald Bayer calls Luther's "Reformation discovery."

This discovery has shaped my apprenticeship to Luther, an apprenticeship that has provided a continual tutoring in what it means to actually have faith in the Word of God. I discovered Luther in the UK context (although I am from North America). I was seeking to deepen the theological formation I'd been raised with by learning about the historical importance of the liturgy for how the church understands itself in relation to the political world. In a desire to remain faithful to the Protestant confession, but with great hesitancy about how this might be possible, Luther showed me the promise of Protestantism and ways for continuing to live and think consistently with the core convictions of the Reformation in light of the challenges and opportunities of our own time. I have to admit that some of my earliest encounters with the Reformer were off&dash;putting. His notoriously strong polemics, his apparent disdain for his enemies, and what I (arrogantly, in retrospect) took to be the almost Sunday&dash;school&dash;like quality of some of his writing distanced me from him. And then, when it came to politics, I thought he really just did not understand how the world works.

Luther writes rigorous, demanding theology, but always with an eye to what will actually serve the church that he faces in the pulpit and in the classroom week in and week out.

But the more I read, the more I realized that Luther was the one with a much greater and more profound understanding, and that it was I who needed to learn. Where I placed the world and historical forces within the world as primary (although I would have denied this at the time), he put the Word of God. It quickly became obvious to me that he saw far more than I did. His pastoral concern to address theology to the actual events facing the actual people entrusted to his care, and his sharp awareness of what theological word fit most precisely in the context in which he wrote, revealed the different, and clear, eyes with which Luther saw the world. He could see the world so clearly because his faith went all the way down in a way that my own did not (and still usually does not). Luther writes rigorous, demanding theology—have a look at his disputations and many of the lectures from later in his career—but always with an eye to what will actually serve the church that he faces in the pulpit and in the classroom week in and week out. I came increasingly to an awareness of the power of Luther's refusal to see anything more basic behind the Word of God, and his insistence that it is the Word's encounter with the world that ultimately gives the latter its shape. This conviction accounts for the centrality of preaching in Luther's life and teaching, and his burning desire that those entrusted to his care have actual encounters with the living Word. There is an incredible audacity in this that can be missed in its apparent simplicity. Perhaps this is the single&dash;minded simplicity toward which James exhorts us (James 1:8; 4:8).

Second, I have learned a great deal from Luther regarding the very meaning of "the Word of God." I think this is where modern Christians, especially those from Protestant, or in my case, North American evangelical, backgrounds still have much to gain from this fellow saint and bearer of ancient wisdom. The distinctive of Lutheranism at this point is the conviction that Christ really is present in the preached Word and in the sacraments. Learning why this is so crucial and non&dash;negotiable for Luther has proved immensely instructive to me. For him, the sacraments are not something in addition to the preached Word, but are rather another form of the Word—they are the visible Word. This conviction serves to focus and direct attention to the community gathered in worship. The primary locus for encounter with the present Christ is the church, where God enacts the creation of a new humanity out of this encounter with the risen Word. So, for Luther, in a way that has not always been true of those who claim to follow in his footsteps, the ecclesial location of the reading and interpretation of Scripture is central and necessary. Luther expects that our encounter with the Word will be primarily located within the church gathered together to hear Scripture preached and to taste the Word on its tongues as it partakes at the Lord's Table. We cannot rightly interpret Scripture without coming to it within and through the communion of saints. For Luther, this communion also includes saints of the past, whom he refers to frequently in his exposition of Scripture. Even here, however, the Word retains the place of authority, not the communion of saints. I think this is what Luther meant when he wrote, "The writings of all the holy fathers should be read only for a time so that through them we may be led into the Scriptures. . . . Our dear fathers wanted to lead us to the Scriptures by their writings." We must read Scripture together with the great cloud of witnesses as we both sit together alongside one another under its tutelage. The church does not authorize Scripture, but rather Scripture, as a form of the Word of God, creates the church by creating and calling together the saints (hence Luther's insistence that the church is a creatura verbi, a creature of the Word). Again, the Word is basic, and gives order to the ecclesial life it both creates and sustains. There is great liberation in this, given the tendency in many churches today to think that what we most need is new and better programs, and more effective ways of enticing and entertaining. Luther, on the contrary, would urge that we trust the Word, put it central, proclaim it boldly, and receive it regularly in the bread and wine. In such case, what follows will be the Word's work, not our own. About the rise and spread of the Reformation, he writes in a sermon from 1522: "I simply taught, preached, and wrote God's Word; otherwise I did nothing. And while I slept, or drank Wittenberg beer with friends Philip and Amsdorf, the Word so greatly weakened the papacy that no prince or emperor ever inflicted such losses upon it. I did nothing; the Word did everything."

The logic underlying this movement, whereby the efficacious Word of God creates the church, extends outward for Luther to the societal institutions of the family, government, and the economy. He articulates this in terms of his teaching on the three estates or institutions: the politia (government), the oeconomia (household economy), and the ecclesia (church). I have already discussed the last one, but he also sees the other two estates as instituted by God's creative Word, which promises to nourish, govern, and care for human life. As such, the Word gives shape to human life in its material and institutional forms. Human social life for Luther is essentially a matter of the formations that follow from human response to the divine promises in the Word, whether in the form of faith or unbelief. We might say that for Luther, human societies are the result of what the peoples that make them up believe in, the word to which they attend. And therefore, he is always pressing us back into God's Word, as he does in his piece The Magnificat, in order "that we make a trial, and venture out on His words." Luther's writings can be viewed as so many encouragements to such trials and ventures following from faith in the promising Word 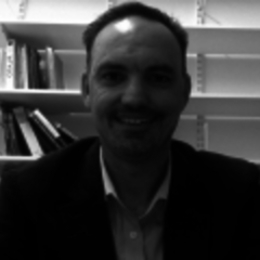 Dr. Michael Laffin is Lecturer in Ethics at the University of Aberdeen. His research focuses on Christian ethics and political theology. He has recently published a monograph entitled The Promise of Martin Luther's Political Theology: Freeing Luther from the Modern Political Narrative (Bloomsbury T&T Clark, 2016). 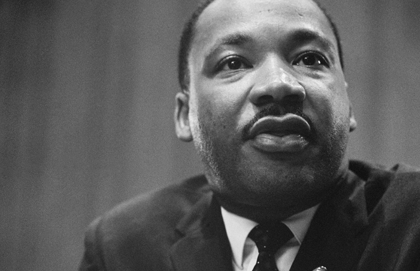 The Friend We Need but Do Not Want: Martin Luther King Jr.

On the inconvenience of Martin Luther King Jr. 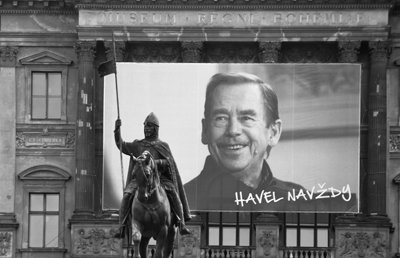