As a photographer and video artist I present fragments of a story. In the series of 15 diptych images, "Auto-Mobile-2004", the characters are frozen in the frame of a movie that appears to be well underway. By documenting strangers inside a car, the figures are suspended in self-contained vessels and appear lost in thought; the viewer's desire to create a narrative from the pieces is enticed because we see multiple angles of the same relationship and question of the nature of their interaction.

Even though the work alludes to the narrative structure inherent in picture making, there are other issues at play. The car as social space and potential encounter transcends its American roots to become part of a nomadic global culture. A car is simultaneously freedom and confinement. A car is owned or rented, shared with unfamiliar taxi drivers, or driven alone. The people in our cars may be family or friends, coworkers, loved ones or strangers. And for a moment, perhaps only as long as a single take, they become our most intimate companions. 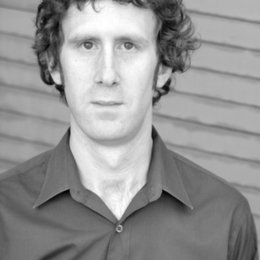 John Silvis has lived and worked in New York since completing his master's degree at the Academy of Fine Arts Vienna with Arnulf Rainer in 1994. In addition to being the director of the New York Center for Art and Media Studies (NYCAMS) and an Associate Professor of Art, his photographs and videos have been exhibited internationally in New York, Vienna, Germany, Japan and Switzerland. Silvis also works as an art advisor and independent curator in New York.

Life painted as it is