Defending Catholicism in the Protestant South, defending the South to New Yorkers disgusted with it, and defending Christianity to literati who find it laughable.

Years ago, during a Saturday escape from college, a friend and I lounged in overstuffed chairs in Barnes & Noble, reading. I'd selected The Complete Stories of Flannery O'Connor. I read "The Geranium," the first of her stories I'd ever read. I thought, "I don't get it."

Three years later, I sat in a straight-backed chair and listened, rapt, to a reading of O'Connor's "The Enduring Chill." To this day, my stomach drops with realization, dread, and awe as the story pounds toward its denouement. The reader closed the book and spoke about O'Connor's authorial aims. He quoted her essay "The Fiction Writer and His Country" (from Mystery and Manners, Farrar, Straus and Giroux, 1969):

When you can assume that your audience holds the same beliefs you do, you can relax a little and use more normal means of talking to it; when you have to assume that it does not, then you have to make your vision apparent by shock—to the hard of hearing you shout, and for the almost-blind you draw large and startling figures.

The elements in O'Connor that I didn't "get" were there precisely to appall, and, if possible, win a dissenting audience's attention. Brilliant.

I heard this story and lecture after college while I was pondering how to join faith and creative writing sans sentimentality. I craved models. So, from the moment I learned why Flannery O'Connor's fiction was larger than life, I thought, I must write exactly like her.

O'Connor is a kind of patron saint for Christian fiction writers. She sought a "dramatic sense" that coincided with her "moral sense." And she succeeded.

Take her story "Greenleaf," where backwoods fundamentalist Mrs. Greenleaf clips horrific news stories, buries them, and throws herself on the ground groaning and praying for the victims. O'Connor packs her work with such collisions of eccentricity, drama, and religion. Finding resonance with Jacques Maritain's admonition, "Do not make the absurd attempt to sever in yourself the artist and the Christian," O'Connor created characters and situations that live, haunt, and chill. Who can forget Ruby Turpin's night-sky revelation or the atheist Rayber in facing the eleven-year-old girl who preaches:

Jesus came on cold straw. . .. 'Who is this?' the world said, 'who is this blue-cold child and this woman, plain as the winter? Is this the Word of God, this blue-cold child? Is this his will, this plain winter-woman?'... Listen you people. . . The world knew in its heart. . .'Love cuts like the cold wind and the will of God is plain as the winter' (The Violent Bear It Away).

Because Flannery O'Connor united in herself the artist and the Christian, religious people who want to make genuine art are frequently steered in her direction, with good reason.

But I wonder—is O'Connor exemplary, someone a Christian writer could successfully emulate? Or is she extraordinary, an author to relish and understand, but not model?

Every writer chooses those artists to whom she returns for inspiration. Every writer, likewise, must silence these artists and find her own voice. O'Connor's voice is distinct, her sentences clear and bracing, her tone wry and dark, her imagination violent. This voice welled up from her decisive personality. Though shy, she was strong. She had to be! She defended Catholicism in the Protestant South, defended the South to New Yorkers who were disgusted with it, and defended Christianity to the literati who found it laughable. Those who knew her best described her as "immensely serious, with a sharp sense of humor" (Edward Maisel, quoted in Brad Gooch's biography of O'Connor, Flannery, Little, Brown and Company, 2009).

Since her celebrated voice entwines with this no-nonsense personality, most writers could not pull it off. Her most acclaimed attributes are ones writers today should move away from. In place of these attributes, Flannery O'Connor's subtle triumphs are now more important for us. O'Connor's voice itself is extraordinary; her ability to let the reader "hear" her personality through her writing is exemplary. I don't have O'Connor's satiric wit or ability to wrangle violent situations into gracious catharsis. I'll leave that to her. Instead, I can apprentice myself to her by letting my own personality shape my writing.

Not only does O'Connor's style manifest her personality it manifests modernism. For modern writers, stories were self-contained and careful readers could find their meanings. Clear, simple sentences aided readers toward that end. Postmodern literature holds that every reader sees a story though the lens of his experiences; he'll find meanings completely different from a reader across the room. Thus, many postmodern writers have scrapped simplicity for imitating the out-and-out roar of our era's media barrage.

This is the second point to note when considering O'Connor as model. Her fiction responded to an age that has passed. Modernist philosophy championed reason, individualism, and naturalism. Through characters such as Rayber in The Violent Bear It Away and Sheppard in "The Lame Shall Enter First," O'Connor showed emaciated forms who refused to feast on the supernatural. Throughout her collection Everything That Rises Must Converge, she shows characters cut off from one another. Individual, yes—people determined to make something of themselves by writing books or selling hogs or buying a clubfooted boy a new shoe—but so fragmented and so lacking in satisfying human connection. O'Connor drew her large and startling figures for the modern age.

In Flannery O'Connor and the Christ-Haunted South (Eerdmans, 2004), Ralph C. Wood points out that by critiquing modernism, the stories transcend their age. Today it would be anachronistic to challenge or even transcend modernism. Still, O'Connor gives Christian writers an example as they seek to understand and maybe even rise above their own time.

O'Connor was disciplined in reading the best mid-century works:

Her library was a virtual compendium of pre-Vatican II theologians and writers. . . She was also a shrewd critic of fiction produced by modern Catholic writers. . .. Yet O'Connor hardly confined her reading to works by fellow Catholics, determined as she was to encounter modernity on its own terms.

"I began to read everything at once," wrote O'Connor while in graduate school. Her shelves contained everything from Teilhard de Chardin to Graham Greene and Evelyn Waugh to Reinhold Niebuhr to Henry James. She even received special permission to read Church-banned authors Camus and Sartre.

Similarly, aspiring contemporary writers might consider philosophers who have shaped postmodernism—Michel Foucault, perhaps, or Jacques Derrida, or Luce Irigary—and literary movers and shakers like those featured in McSweeney's literary magazine. These present many of the ideas and questions of our time, and if writers wish to encounter and engage post-modernity on its own terms, they might begin here.

As with her voice, vision, and keen knowledge of her time, much has been made of O'Connor's disciplined approach to her craft. Is this, at last, something the Christian contemporary writer might model?

By age twenty-one, O'Connor was writing two hours every day, letting nothing interfere, and later she wrote up to four hours at a stretch. Writing was a serious undertaking. She had realized she was good at it. Knowing that "a gift of any kind is a considerable responsibility," she guarded and cultivated her talent with nearly ascetic diligence. According to her longtime friend Sally Fitzgerald, "She knew she had much work to do. And she knew that she had to do it alone," foreseeing even in her early twenties that she wouldn't marry.

This discipline is astonishing. Early in life, she found what she was good at and threw herself into it. Realistically, this is a mix of the exemplary and exceptional. Few writers get to be protÃ©gÃ©s of a Robert Lowell or Robert Giroux. Few win book advances during graduate school as she did for Wise Blood. More common and necessary is the ordinary-worker-by-day, creative-writer-by-night scenario. But no matter one's situation, if writing is the aspiration, then dedication to craft is essential, and O'Connor's commitment echoes exactly what my own writing professors always told students: "Write every day, no matter what."

The discipline was rooted in O'Connor's determined personality, and it later had an even greater motivation. For fourteen years, she faced death. This augmented her fiercely focused life. Except Wise Blood, she wrote her most acclaimed fiction—the collections A Good Man Is Hard to Find and Everything That Rises Must Converge and the novel The Violent Bear It Away—after being diagnosed with lupus in early 1951. (Interestingly, Brad Gooch recounts that no one told O'Connor the diagnosis until Sally Fitzgerald spoke up in June 1952. Previously, she believed she had rheumatoid arthritis.) "Her fourteen-year siege of illness," writes Wood, "came as a strange blessing: it protected her against the presumption and complacency endemic to an open-ended life." Being protected through such painful, fatal means is nothing one would wish; yet, it's important to realize her singular situation and acknowledge what this illness meant to O'Connor's writing.

O'Connor's perception of her age, wholehearted approach to her craft, and devotion to joining faith and art are laudable. But to say, as I often have, "God, make me a writer like Flannery O'Connor," is to overlook fundamental differences. These days, I savour O'Connor's arresting, grace-filled work and imitate her in subtle ways. But I realize that I will never be the writer she was. And rightly so. 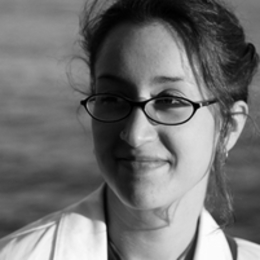 Rebecca Tirrell Talbot teaches writing at Concordia University Chicago and North Park University and writes monthly for The Curator. She lives in Chicago and works on her own creative writing—often while riding the El.

What does taking a practical approach to liturgy in the classroom look like?