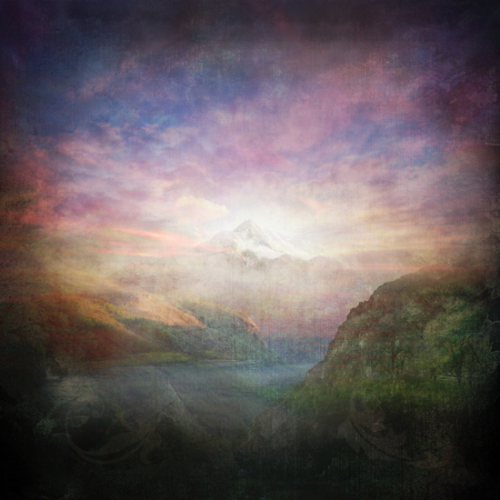 This piece was the result of an album design project for Aileen Gilchrist's new album Face to Face.

The design, which consists of around thirty layers of photographic, painted and texture elements, evolved through about seven different iterations before this mystic vista began to form among the Photoshop layers and that eureka sensation ran up my spine.

The brief was to visually represent the verse For now we see through a glass darkly; but then face to face (1 Cor 13:12). I wanted to capture the sense of glimpsing another world through an obscuring veil and I liked the geographic metaphor of the valley with the shining mountain heights disappearing into light. The influences of Old Testament imagery, Tolkien, C.S. Lewis and Hannah Hurnard will be clear here. I also wanted to recall the feel of the old masters and renaissance paintings on a small scale; like an otherworldly aperture in a shrouded nook of some great cathedral that one might easily overlook, as all sublime truth and beauty often is.

Interestingly, although I didn't consciously set out to generate this representation, at that time I was very much feeding from the Patty Griffin song Up to the Mountain and a chapter from Gold By Moonlight by Amy Carmichael called 'Land of Far Distances'. In a sense written and musical forms form part of this collage in a subliminal way too. 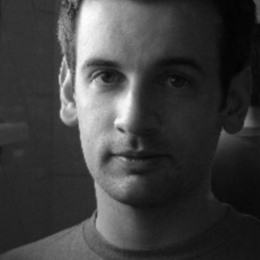 Colin Campbell is an artist, designer and photographer raised in the Outer Hebrides and now running his own design business from the picturesque village of Inverkip on the Clyde coast in Scotland.