While the thirst for profit has overshadowed beauty and truth in business, we cannot deny the still-present reflection of the Creator. Let's not cheapen business into being only a means to the end of ministry.

If you are a child of the seventies like me, you might remember the vivid fight graphics that accompanied Batman and Robin. "BAM!" would appear in primary colors, as the Penguin crumpled to the ground.

I still think about those graphics when I hear people talk about "business as mission"—or, in some circles, "BAM!" With shifting global dynamics, traditional missionaries no longer enjoy easy access to visas for entry into previously "open" countries, so some are considering business skills as a way to acquire a visa and enter a country. The skills needed for a visa also provide BAM missionaries a reason to live in the community (instead of being those weird Americans who don't work, but are constantly inviting people over for coffee).

In BAM, business is the means, and ministry is the end. But I don't agree with this perspective.

Business, like art, is inherently creative and vividly reflects our Creator. It is not a means to the end of ministry; when understood in a biblical framework, business is itself a redemptive process of ministry. It all begins with design, as children of the Creator debate, discuss, and deliberate over what act of commerce they could be engaged in, what could be produced, or which service can be developed. As in any art, the parameters are defined—not by the blankness of a cotton canvas, but by the limitations of investors, capacity, or market potential. As the design is developed, the physical expression follows: a plant, a spreadsheet, or a strategic plan, all of which reflect the original design expressed in the physical world, directed to a specific community. When business is understood as a creative act, it can be seen as a reflection of the Creator and not cheapened into a means to an end.

The God who designs and creates

To really get a handle on this, we need to go back to the very beginning. God wrote his own introduction, defining qualities of his being that he did not want us to miss, and he starts by designing, creating, and redeeming. The earth was "formless and void," intended to be a blank canvas. As the Creator pondered his initial brush stroke, design potentials flowed like water. Then, the brush moved forward.

God is the original creator, the One who set all following acts of creation into motion. Humanity, as a product of His creative work, reflects that quality. We are intentionally crafted with the capacity to create in anticipation that we, the created, would add to the artistic stream as it flowed from its source.

Good design has both form and function, or aesthetic and use. In Emotional Design (Basic Books, 2005), Donald Norman spends one chapter exploring why attractive things work better. His framework is limited by his secular approach, and he finds no answers deeper than the role of emotions and chemistry. But Genesis shows that the original creator designed before he created, and that the design included both beauty and truth: beauty as an aesthetic quality that moves us, and truth as a design that functions correctly within the limitations of our human context. As Roberto Verganti has noted, "There is no such thing as an undesigned object, only an object that is well or poorly designed. Thus every business that scants the design process does so at its peril."

Beauty and truth are characteristics of God, reflecting His attributes. In the Fall, these two characteristics would become an even more integral part of the design of creation. In anticipation of a fallen world, the Creator endowed his creation with reminders of the original designer, the one who loved before the foundation and falling of the world. Beauty and truth are redemptive in their very essence; they are directional, from one point to another. As Gesa Elsbeth Thiessen notes in Theological Aesthetics: A Reader (Eerdmans, 2004), "The magnitude of beauty in nature and in all human creation, wherever it is experienced, gives us a glimpse of the beauty of God, therein lies its saving power. In this way, beauty becomes a way to God and a manifestation of God at the same time." Beauty and truth reflect God's intentional design to remind his creation of his existence, providing anyone the hope of a better place. As the Apostle Paul notes, "For since the creation of the world, God's invisible qualities—his eternal power and divine nature—have been clearly seen, being understood from what has been made, so that men are without excuse."

The need for a redemptive act in business is even greater in a world with macro and micro systems that are broken. The world is racked by AIDS, poverty, and the consequences of climate change. At the same time, businesses face a local context that resembles a battlefield more than it does Eden. A businessman recently told me, "My competition would love to put me out of business and take my accounts." Competition, the backbone of the capitalist system, also loads crushing stress on the shoulders of the decision makers. The greater the dysfunction, the greater the need for business designs that bring beauty and truth as redemptive elements. Thiessen writes, "A world in need of redemption is a world in which the vision of God is not an optional extra." A biblical business's response to brokenness must be deeper than a crude response to a need. Organizations comprised of people of faith need to design and create as God has, and as only they are able.

The Creator's DNA is evident in the many different forms of creation in today's world. The artist approaches the canvas and pauses. She refers back to the sketches, the trial runs, each of the experiments leading up to the moment of decision. The blank canvas is reminiscent of the blankness of the earth, an opportunity set within parameters of the previously created. A design has developed in the mind of the artist, and the expression of that design flows into the physical, with elements of beauty and truth inherent in the creation. The creative act produces an object in which beauty and truth will speak to a given audience, following the ancient flow of redemption, first witnessed by the writer of Genesis in the initial chapter. Design, creation, beauty and truth, redemption. The pattern has been placed into the earth and continues.

As the act of creativity reflects the Creator's reflection, so does beauty and truth in the created. While the thirst for profit has overshadowed beauty and truth in business, we cannot deny the still-present reflection of the Creator. Business as an act of creativity is directed toward a defined audience. The market the business intends to serve will be directly impacted by the creative business act, as well as those who work within the business. Employees will be serving within the design and physical expression of the business. At these two points, beauty and truth can most fully emerge: beauty in a budget process that accounts for the true needs of the workers, and truth in the reality of the pricing scheme. Beauty as the product contributes in a positive way to the market in which it is purchased; truth in correct business design that results in a quantifiable increase in value returned to the shareholders. In The Divine Imperative (Lutterworth Press, 2002), Emil Brunner notes, "It is true, of course, that the power to shape things in an artistic manner is a gift from the Creator, like all other capacities. But its attention is not directed towards the created universe, as such, like science, but to a sphere which lies above and beyond it." Business can achieve this, if launched from a vivid understanding of God's design.

I first stepped into the showroom of Paljour Lifestyle after a 12 hour ride on a sleeping car of the Indian railroad. "Sleeping" might be stretching it, with 72 blue vinyl bunks in a car and tea salesmen walking the aisles all night. But what I saw in the showroom quickly woke me up. The sunlit room was filled with beautifully designed furniture made from local materials. The owner, who traces his roots back for generations to one of the original Tibetan immigrants, traveled to Chicago and studied design before returning to India to start a business.

He did not want to start a normal business, but one that would help the latest generation of refugees from Tibet. His business design centers on training refugees to build furniture, which is then sold for a profit, providing a consistent living for the refugees. At the same time, the training is also seen as a time to mentor, helping the refugees adjust to life in India, both culturally and logistically. As God allows, spiritual conversations are also encouraged. The product of the business graces homes throughout the region, adding a vibrant element of beauty fashioned from local materials. The business is ecologically sustainable; it produces a beautiful and true product while engaging a needy population and providing income, skills, and mentoring. Paljour Lifestyle is not a means (business) to an end (ministry). It is a beautiful and true business, reflecting the Creator in all that it does.

I really don't like the concept of BAM. While I greatly appreciate the idea of Christians moving into other cultural contexts with skills that can actually contribute to the improvement (and redemption) of the community, BAM falls short. It's based on the "greeded-down" vision of business, the same vision that is seen sitting in sweaty Senate hearing chambers, as the executive du jour from BP/Citigroup/Toyota is grilled.

When business is understood biblically, redemption vividly marks the business itself, instead of being tacked on as an unrelated means to an end. For me, it's "business IS mission." BIM! 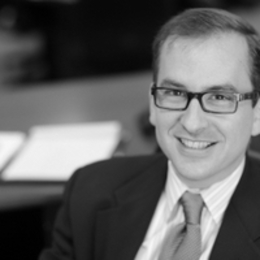 Mark Meehan has been serving in Christian higher education for over 15 years. He spent the first ten years at Columbia International University, serving in a variety of academic and administrative roles, including faculty member, Assistant Dean of the College, Associate Dean of Extension Education, and Vice President of Institutional Advancement.