What might the renewal of social architecture look like in higher education—in Canada and the United States? 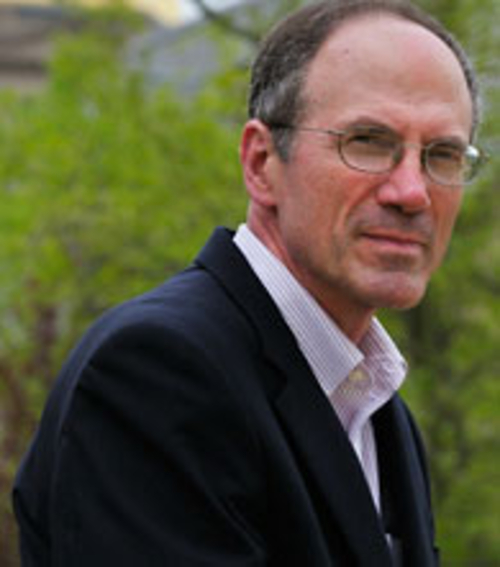 While historian Mark Noll is perhaps best known for his work on Christianity in the United States—in award-winning volumes such as America's God (2002) and The Civil War as a Theological Crisis (2006)—Canadian religious history has also come within his purview over a distinguished career. This came to the fore in his presentation at the recent "Christian Faith and the University" conference at McGill University in Montreal (co-sponsored by Cardus).

So I took the opportunity to sit down with Noll, who is Francis A. McAnaney Professor of History at the University of Notre Dame, to further explore the unique relationship, and differences, between Canada and the United States. The conversation helps us think through what it means for Cardus to be devoted to "the renewal of North American social architecture," which we explore through the case of higher education.

James K.A. Smith: Mark, thanks so much for making time to spend with us. I'm fascinated to learn that you are teaching a course at Notre Dame on "Canada: The North American Alternative." That resonates a lot with what Cardus is about. We're a think tank based in Canada—which we think gives us a unique flavour and voice—but we also intentionally lean out to speak to a North American context. I'd love to learn more about what your intuitions are behind this course. What's behind that?

Mark Noll: I became interested in Canadian history as a venue for comparing important developments in American religious history through individual contacts—a number of casual ones, but then George Rawlyk in the Queens University history department became attached to the historians who were working in and around Wheaton with what we called the Institute for the Study of American Evangelicals. This would have been probably in the early '80s. I read his works and then works that he recommended. As you might know, George was a very important person to get Canadian religious history expanded beyond the excellent historians that had gone before him. I found the more I read, the more revealing it was to see a nearly equivalent civilization yet with so many interesting variations. So I kept reading and exploring this comparison.

At Wheaton College I was allowed to offer a course having something to do with Canada twice, but there were very few takers. At Notre Dame, even though most of my work is with graduate students, all the history faculty mostly teach undergraduate courses, so I was asked: What would you like to teach? At Wheaton I taught quite a few courses in regular church history. I wasn't doing those at Notre Dame but I needed something for the undergraduates and this seemed to be a good alternative. They were very pleased because like many history departments in North America, they want to internationalize their study of American history. I suspect it's the same in Canada where all the people who study Canadian history know a lot about America. That's rarely the case in the U.S.

JS: What are the features of the "alternativeness" of Canada that you see showing up?

MN: I tell people on the syllabus: "Your final exam will include a take-home essay question, 'What did you learn about American history when studying Canadian history?'" For my purposes, I'm very interested in the eighteenth and nineteenth century and how Canada chose a path of evolutionary political development instead of revolutionary development. The happenstance of geography, and the fact that Canada did not have slaves and the United States did has, I believe, had an immense impact on the rest of Canadian history.

The fact that Canada's revolutions in 1837 and 1838 were really not well received, not strongly backed, and were quashed quite easily is an interesting difference from the U.S. The relatively small size of the population and the huge expanse of geography is different from the U.S. East Coast and eventually from the Northern Midwest and some parts of the South. Then, in the religious domain, I found it always interesting that the main denominations really were more important than the main denominations in the US. Far fewer independents. Far fewer churches that you might see on the margins of society that would have, in certain places of the United States, immense public effect.

These were some of the factors. It's been fun to pretend to get the Canadian Prime Ministers in order and try to explain why John A. Macdonald was important even though he was drunk some of the time and why that fact really did not undercut his effectiveness too much. Canada's relationship to the British Empire remained very important at the same that the American influence grew. It's been lots of fun and I think maybe helped me look at a few American things somewhat differently than I otherwise would have.

JS: So it's a comparative highlighter, in a way—helping you to see some distinctives in both countries.

MN: Right. I would never claim to be an expert in anything Canadian. I've worked a little bit on their notions of liberty at the time of the American Revolution, which is, of course, quite different in Canada. Mostly, it's a broad stroke general survey that I do mostly for fun.

JS: Your talk at the Christian Faith and the University Conference ("The Bible and the University in the United States and Canada") was a great snapshot of a sort of microcosmic case study. You were talking about how different the role of distinctly Christian voices were in mainstream universities, like the University of Toronto and McGill, up through the 1950s, in ways that would have been unthinkable, you said, in the United States. But then the end of that story was about the very rapid secularization of Canadian universities in the 1960s and after. It's almost like the floodgates were held longer, but then once they were pulled, it rushed quicker.

MN: Yes. That's it exactly. Explanations, I think, are harder to come by than narratives. I am impressed with the presence of active Christian voices, both Catholic and Protestant, in English Canada in the major universities. Actually, to this day, even though the secularizing forces, I think, are much stronger—and the forces that would see Christian profession, Christian testimony as oppressive are active and loud in Canada as they are in some places in the United States—still, I think that the structure of Canadian academic life allows people to have a Christian commitment of a sort to that, at least until quite recently, was very difficult to maintain in the public university world in the United States.

A major difference, as you know having worked in both domains, is that the private educational systems in the U.S. were much more developed and much more self-standing as institutions quite early. I don't think, though, that most of those, with a few exceptions like Calvin College, were really interested in the kind of learning that was responding to the most urgent intellectual questions in the university world, until fairly recently. Now, we can note some changes that have taken place recently: in Canada, to go to a private tier of education and in the U.S. the concern for some of the previously separate, sectarian institutions that were actually engaged with the important questions arising in the general intellectual sphere.

JS: When you were sketching it last night, I got thinking that in some ways there's almost an architectural expression of this, or certainly a kind of social architectural expression in that Canadian universities have a bit of that English heritage, and so the affiliated colleges create this fascinating hybrid opportunity. When I was an undergraduate at the University of Waterloo, I was enrolled at the university but taking so much of my philosophy at St. Jerome's, the Catholic college across the river, and yet there was a synergy between between the university and the faith-based institution. There was also tension, to be sure, but also unique opportunities. There's nothing like that hybrid possibility in the U.S. context is there?

MN: No. Although I think one of the positive elements in the U.S. over the last maybe twenty, twenty-five years is the development of Christian study centres attached to major universities. There's a noteworthy one at the University of Virginia. I'm aware of an active one at Cornell University. These tend to be more in the north where actually the secularization of the society has gone further, but Virginia, of course, is an exception.

MN: Exactly. But these are, I think, very positive developments. As you say, they are extracurricular. Even though they sometimes offer housing, seminars, very helpful support for believing students on campus, they're not part of the actual fabric of the official university. Now, I think I mentioned last night, I have been told by Canadians that the potential for exploiting the opportunity you've described has probably never been fully grasped. Nonetheless, it is there and you do have opportunities structurally. They just don't exist in the U.S. in that same way.

JS: I've sometimes dreamed what would have happened if we could have, for example, built Calvin College in Ann Arbor and somehow had this organic relationship between the two.

MN: Sure, but there's also a danger that, as an organic part of a major university, the college would sometimes be pulled in the direction of that university, more so than if it were a self-standing institution. I think that is a real danger. The compensating advantage is that as a component part of the larger university, such a Christian institution is really aware of—and able to respond to—real life intellectual, social, cultural problems that can, for separated institutions in the U.S., remain a little bit abstract, a little bit hypothetical rather than actual.

My own sense is that the separated institutions in the U.S. are doing better. There are more of them that are more serious intellectually. But, as you say, in the U.S.—it's a nice turn of phrase—the "architectural" differences remain significant.

JS: Mark, thanks so much for making time. I appreciate it. 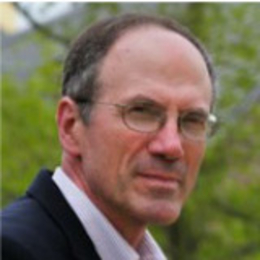 Mark Noll is retired as a history professor from Wheaton College and the University of Notre Dame. His recent books include A History of Christianity in the United States and Canada (2nd ed.) and as co-editor with George Marsden and David Bebbington, Evangelicals: Who They Have Been, Are Now, and Could Be.