"Tolerance" now seems to imply a general nonjudgemental attitude towards the conflicting truth claims of different worldviews. To express disagreement at all is to risk the accusation of intolerance. 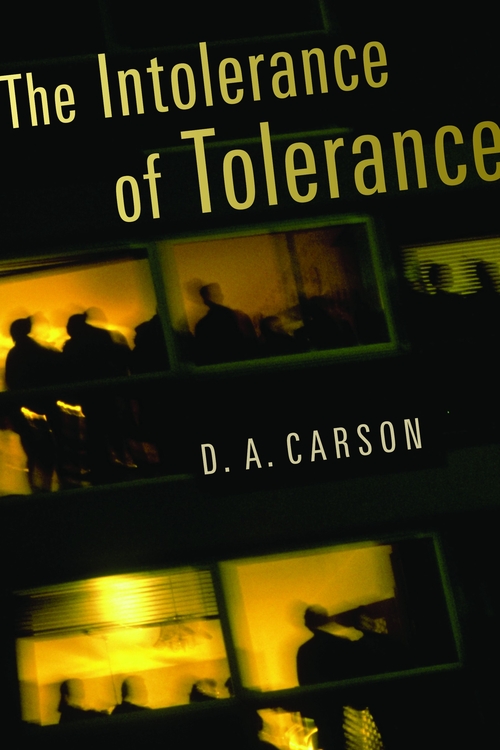 To "tolerate" once meant to willingly endure ideas and practices with which one strongly disagreed. In 1689 John Locke published his famous Letter Concerning Toleration, arguing for official tolerance of diverse religious beliefs. Thus Anglicans would agree—perhaps reluctantly—to tolerate Presbyterians, not because they thought their respective confessional differences unimportant, but because they believed that so doing would keep the peace in a diverse society. In the 19th century John Stuart Mill similarly argued for liberty of opinion on grounds that allowing people to express their views in the marketplace of ideas would lead to truth.

However, this is not the vision of tolerance that has come to the fore over the past half century. "Tolerance" now seems to imply a general nonjudgemental attitude towards the conflicting truth claims of different worldviews. To express disagreement at all is to risk the accusation of intolerance. If, for example, Christians persist in claiming that Jesus Christ is the only way to salvation, they are routinely charged in the forum of public opinion with being insufficiently tolerant of religious diversity. Those engaging in this sort of rhetoric tacitly hold out the possibility that such intolerance will no longer be tolerated in a supposedly tolerant society. Yet they ignore the reality that a religion by its very nature makes exclusive claims to truth, prompting the discerning observer to wonder exactly who is being intolerant of whom.

How have we come to such a paradoxical state of affairs? Addressing this question is the burden of Donald A. Carson's latest book, The Intolerance of Tolerance. Carson distinguishes between the older tolerance, based on the reality of a diversity of strongly held opinions coupled with the conviction that truth matters, and the newer tolerance, which is rooted in a refusal to judge the truth of any conviction other than that which says that truth matters. Carson points to the United Nations' 1995 Declaration of Principles on Tolerance, which defines tolerance as "the rejection of dogmatism and absolutism." Such a definition is hardly obvious to everyone and, furthermore, seems suspiciously dogmatic and absolute. Indeed "under the aegis of this new tolerance, no absolutism is permitted, except for the absolute prohibition of absolutism." Oddly, such "tolerance," if taken to its (il)logical conclusion, would prohibit anyone from stating publicly that any particular point of view is wrong, for fear of being labelled intolerant. Far from advancing the ongoing conversation about the human good, it effectively shuts it down before it even starts.

Carson's argument begins in chapters 1 and 2 with a survey of the landscape. In our postmodern era, Carson notes, Christians are admitted to the table more easily than they were a generation ago, but at a steep cost: they must leave their claims to truth at the sidelines and refrain from implying that others may in any way be wrong. That such an approach will not advance the discussion seems not to bother unduly the purveyors of this newer, skewed form of tolerance.

Chapter 3 contains the author's "Jottings on the History of Tolerance," taking the reader through the thought of the early Christians, Locke, Mill, and into the 21st century. Conspicuously absent from Carson's history is Jean-Jacques Rousseau, whose notorious proposal for a "tolerant" civil religion ends up being completely intolerant of the followers of traditional revealed religions such as Christianity, Judaism, and Islam. Why? Because he fears they would divide the general will, the only genuine source of political legitimacy. Rousseau's influence on contemporary western notions of tolerance is far from incidental. In fact, there is some justification in observing that Rousseau may be replacing Locke as the principal influence in contemporary North American liberal jurisprudence and educational policy.

Chapter 4 highlights the hegemonic character of the new tolerance, along with its claim to the moral high ground over against other worldviews. Yet even here we find a paradox: the new tolerance easily caves in to threats, as seen in the controversy over the Danish Muhammad cartoons, while willingly coercing those who dissent from its own form of orthodoxy. This suggests that, if truth is a casualty of the new tolerance, raw power remains in place, willing to throw its weight around at the behest of those who know how to use it for their own purposes.

In chapter 5 Carson zeroes in on something of which he could have made much more, namely, that "the secular frame of reference that grounds so much of the new tolerance is, from one perspective, no less religious than the religions it seeks to displace." Exactly. The very cleavages between secular and religious, public and private—and even between truth and love—are rooted in a worldview, or what John Rawls calls a comprehensive doctrine, with its own assumptions about the nature of the good life. This worldview is far from religiously neutral and is based on the seductive belief that ultimate human happiness can be achieved by broadening the range of choices available to sovereign individuals. These choices are not about finding the best way to act responsibly in contingent circumstances, or what the ancients called the virtue of practical wisdom, but about having an increasing array of opportunities to fulfill one's desires. Not having such comes to be identified with an intolerable threat to one's human rights, as defined in the most expansive way possible.

In the next two chapters, the author points out that the new tolerance, far from bringing social peace, has itself proved divisive and oppressive. It has curtailed needed deliberation on contested issues, especially those related to life, sex, and religious liberty itself, by too quickly playing the "rights" card. This has produced an inverted official moral code that condemns not those acting wrongly, but those who believe there is such a thing as acting wrongly. The larger culture now diminishes such traditional norms as honour, fidelity, courtesy, and integrity, while elevating sexual freedom to nearly the status of supreme virtue. This will inevitably have long-term adverse consequences for everyone. Can democracy itself survive in the absence of common convictions as to what is right and wrong? Carson doubts that it can.

What can we do to make things better? Following the example of the Decalogue, Carson offers ten words: work to expose the bankruptcy of the new tolerance; maintain a place for truth; point out the "condescending arrogance" of the new tolerance; do not acquiesce in its claim to wear the progressive mantle; "distinguish between the reality . . . of empirical diversity and the dogma that diversities of every kind are good"; challenge secularism's claim to neutrality and superiority; practise civility; spread the gospel and plant churches; be ready to suffer if necessary; but finally, delight in God and trust in his sovereignty over all things.

At the risk of upsetting Carson's "deca-logic," I would add an eleventh word: we should not allow this new tolerance even to claim the name tolerance, and we ourselves certainly ought not to call it such. Because this faux-tolerance so easily succumbs to pressure from various identity groups, it would be tempting to urge the establishment of yet another pressure group to challenge its hegemony. Yet truth itself carries its own form of power. Scripture tells us that the truth will set us free (John 8:32). It also tells us that truth will triumph in the end, because Jesus, who will win the ultimate victory, is the way, the truth, and the life (John 14:6). This gives us ample reason to live hopefully as witnesses to this truth through the power of the Holy Spirit.