It is now fashionable in certain circles to think that to be a real Christian is to become a political activist and to fight for all the "social justice," world-reforming causes. Some clergy, committed to something called "liberation theology," even go so far as to suggest that Marxism (or at least socialism) and Christianity have much in common insofar as both want to promote human wellbeing. Hence their tendency is to baptize statist politics as Christian politics.

William F. Gavin, a Roman Catholic speech-writer, has some heartening and sensible advice to give to Christians not involved in all the contemporary trendy causes but doing their ordinary, everyday tasks of taking care of their families and doing their jobs faithfully. He writes about the Roman Catholic Church in the U.S. but his comments are just as relevant for all Canadian Christians (and others). Following are a few excerpts from his article:

"...the workaday family is taken for granted by the activist clergy who control the bureaucratic decision-making machinery of the Church in the United States, at the diocesan and national level. "Social justice" has come to mean political activism and liberal government policies. Parents, unless they join approved organizations or vote the correct way, are not considered part of the process of social justice.

"Yet who is better able to say, 'I clothed the naked, fed the hungry and gave money to the impoverished' than a mother and father whose babies come into this world naked and hungry and poor—not to mention wet? And this kind of giving goes on every single day, often for 20 years or until the kids are on their feet. Sometimes it goes on for a lifetime.

"Every day parents are feeding the hungry, clothing the naked, making certain, always at some sacrifice, that these little ones (yes, even when these little ones become dreaded teenagers) are taken care of—every day keeping three or five or seven people out of poverty, maybe starting out as a young married couple with almost nothing, working through the years, getting a raise here, losing a job there, plugging away. But in recent years if they didn't boycott grapes or failed to support the latest left-liberal economic social theory, parents were scolded by the activist clergy for not caring and lacking compassion for those in need.

"Why should we take notice of such mundane activity, when there are so many victims of social injustice in our society and around the world, so many government programs to be funded, so many criticisms to be made of public officials who do not subscribe to the current intellectual and economic fashions? Parents are only doing their job.

"But that is exactly my point—the only reason there aren't millions and tens of millions more victims of poverty and need is that ordinary people do what they are supposed to do. That is not heroic sanctity and it is not the stuff of television docu-dramas about the Problem of the Month. But such activity is at the very heart of any policy of true social justice. Most parents don't do it very well. Most of us realize that a true portrait of family life more closely resembles the mystery and the chaos of a Jackson Pollack drip-painting than the sentimental cliches of a Norman Rockwell illustration. But the things ordinary people do every day without the world (i.e., the media) or the Church (i.e., the bureaucracy) ever taking notice, maintain the balance of sanity and decency that are necessary for civilization. Surely this is a major contribution to social justice." (William F. Gavin, "A Lesson from Saint Peter's Mother-in-Law" Crisis, March 1989, pp.42,43)

The more fervently all human energies are thrown into the great enterprise of salvation through world-immanent action, the farther the human beings who engage in this enterprise move away from the life of the spirit. (Eric Voegelin) 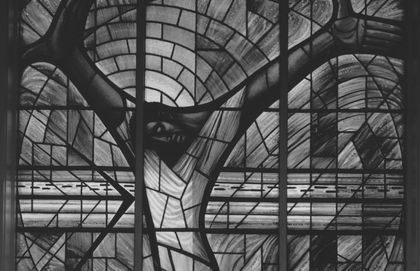