Christian Economics: not an oxymoron, not a snooze

Reflections from an April 2009 conference at Baylor University.

Why might anyone care about a 25th-anniversary conference of the Association of Christian Economists—a scattered, largely North American community of professionals dedicated to exploring the relationship between faith and their scholarly discipline?

Well, for one thing, these economists surprise, in several ways.

One surprise is the profiles of the conference participants. A large number are faithful practitioners as well as researchers, passionately and personally involved in poverty alleviation, public health and development, and the humane design of social insurance, all around the world. Several are exuberant idea entrepreneurs, charismatically mixing and matching models and insights from around the scholarly universe. Many are nationally renowned mentors and teachers—warm rabbi-economists, with disciples among homemakers, lawyers, missionaries and politicians.

All of these surprising profiles belie the old rap that economists are the most dismal of faux scientists, crabbed, peering absently from under the dimness of green eye-shades.

Another surprise is the relevance and creativity of many of the papers and presentations at the conference. One, using social survey data, empirically documented the myriad ways that charity unbinds scarcity—heartfelt giving (statistically) causes enhancement of both individual capabilities and cooperative social enterprise. Several showed how purpose-driven churches and firms could more fruitfully fulfill their mission with better basic micro-economics.

One extended that perspective to demonstrate how well-run not-for-profit firms (including today's "business-as-mission" movement) not only survive in ruthless competition with profit-driven rivals, but outperform them in quality, cost effectiveness and proximity to social-planner optima.

Another demonstrated the value of practicing price discrimination in mission-driven firms that thereby serve a margin of clients who normally cannot even afford the service. (Price discrimination is charging different fees to different clients and contractors for exactly the same service, often according to what the buyer is able to pay, as in progressive means-testing of social-welfare benefits.)

Many discussions of the economics of environmental sustainability, income distribution and mobility, and religious and social "capital" came from Christian economists' explicit engagement with anthropology, geography, philosophical ethics, psychology, sociology and even neurology and midrash (as artful science).

Tantalizing paradoxes were common. "Costly" religion attracts more adherents than religion that does not confine choice. Rigid ethical practices in just a few firms can often discipline rank opportunism in rivals—the opportunists being forced by market pressures to mimic the ethical practices (familiar from Robert Frank's work on the "value" of the "high moral ground," and from Jesus, "a little leaven leavens the whole loaf"). Individual preferences can sometimes be "false," misidentifying a person's true self interest (for example, addiction). Observance in unseen transcendent matters correlates with measurable earthly momentum through literacy, creative innovation and wisely-designed institutions.

Economics is no longer the rarefied oasis of individualistic, merely-material, strictly-rational choice than it may once have been.

Other surprises were less heartening. Few of these economists had any formal Christian theological training (some of the Roman Catholics among them being the exception). Few were conversant with highly refined Jewish and Islamic economic thought and practice. Male presenters outnumbered females roughly eight to one (disproportionate relative to the profession at large), and 50/60-somethings outnumbered youth.

Data-based empirical work was under-represented—even though rich micro-data sets have mushroomed, some "hard," some perceptual, many cross-cultural, all promising for economic studies of discrimination, social networks, trust, prayer and observance. Also under-represented were behavioural and experimental economics and thoughtful faith-focused economic history along the lines, say, of Nobel Laureate Robert Fogel's The Fourth Great Awakening and the Future of Egalitarianism.

Finally, and poignantly for me, far too many of these faithful fellow travelers were disconsolate, almost repentant of their professional inheritance. They spoke as though oikonomikos was crass, unclean—as though he who began a good work in them in graduate training could never have perfected "it" (one could hear the suffix -ugh).

That is not my experience in this discipline. To me economics is wise and fecund, for faith and practice. 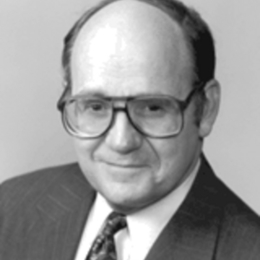 J. David Richardson was born in Canada, raised in the United States, and educated at McGill University (B.A.) and the University of Michigan (Ph.D.). He has been an economist at Syracuse University's Maxwell School since 1991. He began his academic career at the University of Wisconsin, Madison, and has also taught at Notre Dame and Wheaton College (IL).