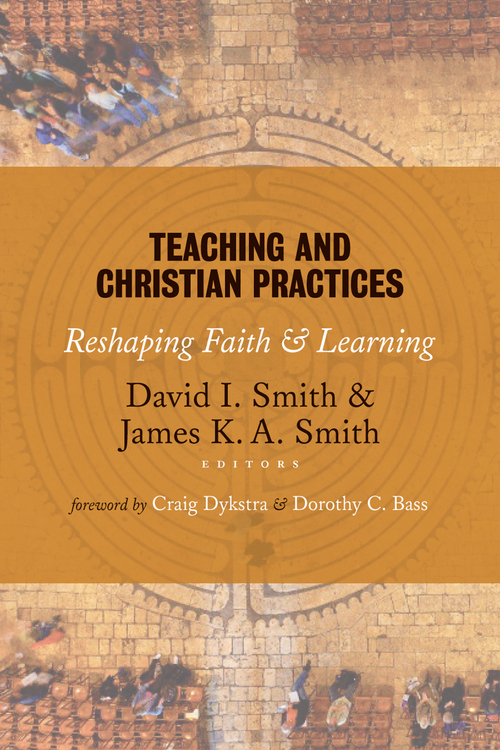 A new collection articulates an entry point for Christian faculty seeking to integrate the hospitality of their faith with their teaching.

Those of us who believe that the Lordship of Christ extends to the university are living in a bit of a renaissance. This era is anywhere between 20 and 50 years old, depending on whether you date it from the early 1990s, with George Marsden's Outrageous Idea of Christian Scholarship and Mark Noll's Scandal of the Evangelical Mind; the early 1980s, with Charles Malik's landmark addresses "The Two Tasks of the Christian Scholar" and A Christian Critique of the University; or the 1960s, when Arthur Holmes, Alvin Plantinga, and others began their assault on secularized philosophy, and Francis Schaeffer introduced impressionable young Christians to the concept of "world view." The appendix of Mark Noll's recent book, Jesus Christ and the Life of the Mind, concludes with a snapshot of Christian engagement with academia that reads like the answer to the prayers of those who read his earlier book.

Nonetheless, there remain some significant gaps in the "integration of faith, life, and learning," as InterVarsity's Graduate and Faculty Ministries describes its commitment to discipleship of the mind and whole-life stewardship. The work of a faculty member is built on three legs—research, teaching, and service—and this renaissance of Christian scholarship has focused almost entirely on research. In my work with InterVarsity's Emerging Scholars Network, which helps develop future Christian faculty, I often heard from faculty outside the elite research universities that Christian resources on "integration" have little to do with the primary focus of their work: teaching. We are fortunate to have so many models of Christian scholars integrating their faith with their academic vocation, but those models rarely include teaching four sections of freshman comp.

Teaching and Christian Practices: Reshaping Faith & Learning, edited by David I. Smith and James K. A. Smith, aims to change this situation, and I believe that it has the potential to do so. The book provides an entry point for Christian faculty seeking to integrate their faith with their teaching, with concrete examples drawn from a variety of disciplines. While the book focuses on Christian colleges, many of the ideas and practices presented could be translated to a secular environment with little difficulty.

The book resulted from a three-year project of Calvin College's Kuyers Institute for Christian Teaching and Learning (which David I. Smith directs) to bring together a cohort of Christian faculty to read and discuss current literature on social practices, with special attention to the role of historic Christian practices in educating and shaping members of the faith. The faculty was then charged "with choosing a course for which they would design a pedagogical intervention based on one or more Christian practices" (emphasis added).

The term "practice" is drawn from Alasdair McIntyre's After Virtue, as well as Etienne Wenger's educational theories, James K. A. Smith's Desiring the Kingdom: Worship, Worldview, and Cultural Formation, and scholars like Craig Dykstra and Dorothy Bass. In their introduction, Smith and Smith helpfully summarize the literature of social practices as it relates to Christian education. Readers unfamiliar with this conversation will find ample resources for further exploration.

In brief, a "practice" must be social, communal, and inherited; it must possess "internal goods" that are gained only by engaging in the practice; and it must have its own standards of excellence, as determined by tradition and the community of practitioners. "Practices" include any number of human activities. The Christian practices discussed in the book include hospitality, testimony, Biblical interpretation, pilgrimage, and corporate prayer.

Along with the introduction, three essays at the beginning, middle, and end of the book by Rebecca Konyndyk DeYoung, Paul J. Griffiths, and David I. Smith provide additional framework for the project. Griffiths' essay, "From Curiosity to Studiousness: Catechizing the Appetite for Learning," is especially valuable, for he sets the project in the context of historical Christian understandings of learning. Griffiths analyzes Christian ambivalence toward learning as a tension between the vice of curiositas ("appetite for ownership of new knowledge") and the virtue of studiositas, which approaches learning with humility and thankfulness. He also provides one of the most cogent explanations I've read of why there can be "Christian literature" but not "Christian mathematics." If you read only one essay from this volume, I recommend Griffiths'.

Most of the book, however, is comprised of reflective articles from the faculty cohort, describing their experiences of reshaping one of their courses based on Christian practices. The faculty members come from a variety of disciplines, and their courses range from freshman surveys to small seminars. They chose from an array of Christian practices, some expected (hospitality, communal meals, corporate prayer) and others less so (labyrinth walking, pilgrimage, Biblical interpretation). Notably, certain practices drew from the cultural and religious experiences of the students (such as testimony at a Baptist college), while others introduced students to practices from Christian traditions other than their own.

As fits an experiment, the results vary, and I appreciated the writers' candour about what succeeded and what did not. Even when faculty reshaped courses using similar practices, the results differed considerably. For example, Julie A. P. Walton and Matthew Walters incorporated shared meals into a nutrition course in a competitive nursing program—in the process, discovering a new level of community with their students. Meanwhile, Carolyn Call attempted something similar in an educational psychology class and found herself overwhelmed by the students' personal needs: "As much as I love my students and want the very best for them, I was surprised to realize that I actually did not want too much knowledge about them. I found it too heavy to bear." For any faculty thinking of introducing more hospitality and community to their courses, I strongly recommend Call's essay as part of your discernment process.

Shared meals and nutrition seem to go together quite naturally. Other experiments took less obvious paths. Ashley Woodiwiss notes that he may have needed to spend more time educating students about the practice of pilgrimage in his first-year seminar at Erskine College, and I'm still not sure what labyrinths have to do with the physics of roller coasters (see Matthew Walhout's essay, "Thrill Rides and Labyrinths: The Pedagogical Logic of Freedom and Restraint").

I was equally unsure about the connection between econometrics and Biblical interpretation (Kurt C. Schaefer's "Christian Practices and Technical Courses: Making Integral Connections"), yet this ended up being one of my favourite essays in the collection. Schaefer begins his essay by reflecting that the discipline of econometrics appears, on the surface, to be largely technical and procedural, "but at its heart, econometrics is about piecing together a credible, faithful explanation of events from information that is fragmentary." What Christian practice faces a similar challenge? Biblical interpretation. So Schaefer restructured his econometrics course to align with the values and standards of Reformed Biblical interpretation: prioritizing truth over novelty; attention to cultural contexts; a hermeneutic of humility; conversation with past and contemporary commentators; and so on. The resulting course seems to have prepared his students for graduate study in economics much more thoroughly than a standard, textbook problem-based econometrics course.

Read straight through, the essays tend to overlap, as most of the writers provide similar context about the purpose of their experiment. This repetition, however, means that individual essays can be fruitfully excerpted and read on their own.

Each of the pedagogical experiments was conducted at an explicitly Christian institution, about half of them at Calvin College. Could the examples in the book be translated into a secular university environment? Some, such as James K. A. Smith's use of fixed-hour prayer and the liturgical calendar in a social sciences course, would be difficult to pull off. Others, though, could be adapted relatively easily. For example, shared meals are common across cultures and could be integrated without much rationale.

Even explicitly Christian practices, though, could successfully be adapted to a secular context without losing their essential character. Kurt Schaefer's econometrics course inspired by Biblical interpretation, for example, turns the typical academic obsession with novelty and unexpected results on its head, while still equipping students for their academic requirements. In David I. Smith's own experiment, he uses the Christian practice of devotional reading to inform a course on postwar German literature. While he appeals to explicitly Christian theories of reading within the course (from Basil the Great, Kierkegaard, C. S. Lewis, Alan Jacobs, and others), I would hope that the concept of "reading with love" would have space within a secular English department, in part because of the work of Christian literary scholars over the past few decades. An interesting experiment in its own right would be attempting to describe the goals and practices of these courses in the language of a secular university course proposal.

With this volume, Smith and Smith have provided a valuable resource for faculty members seeking to bring their faith to bear on their academic vocation. I look forward to seeing other instructors take up the challenge of rethinking their courses in light of historical Christian practices. 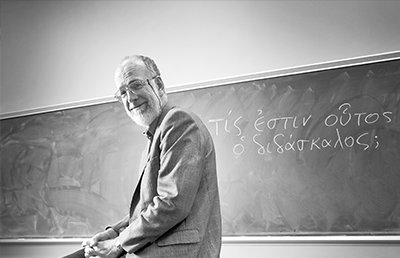 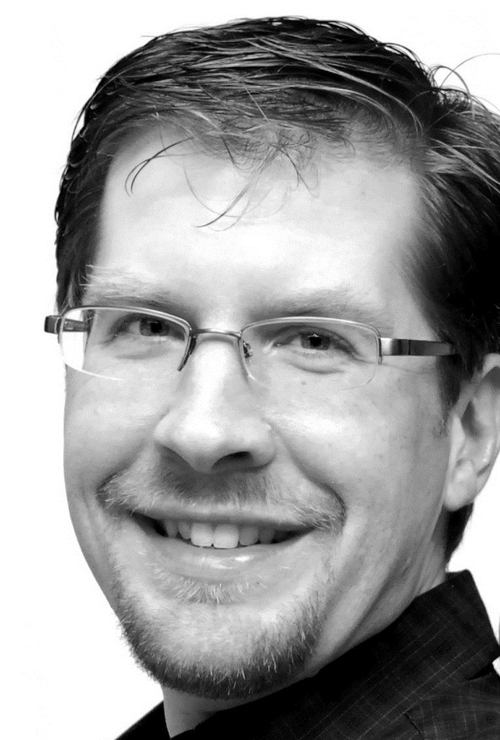