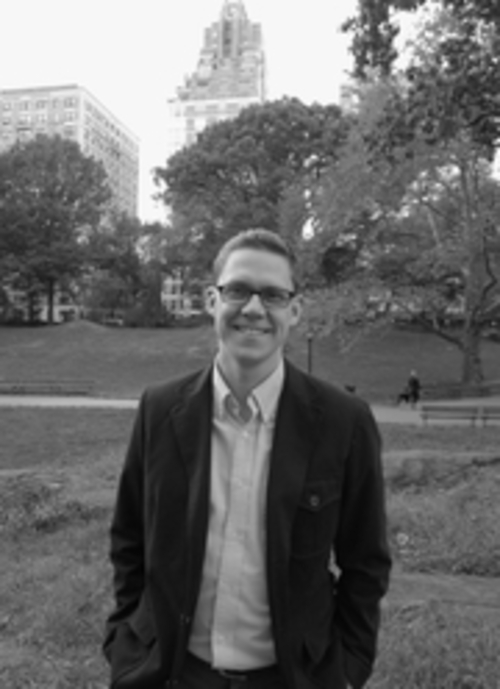 We are a community called to taste and see the goodness of the Lord and know the depth and height and length and breadth of the love of Christ and enjoy God forever, and it's through the community we are baptized into where that enjoyment is intensified.


As valley dwellers, something inside reminds us of the joy of a mountain-top view. As a society, though, we have a bad habit of spending our days seeking "the joy of seeing" without actually going to the top of the mountain to take a look. In spiritual terms, we call this the desire for transcendence. This was a desire that Karl Marx tried desperately to quiet. It wasn't God he was trying kill, he would claim, but our slavery to him. "Men make their own history!" he would say. Or as William Earnest Henley more eloquently put it:

It matters not how strait the gate,
How charged with punishments the scroll.
I am the master of my fate:
I am the captain of my soul.

In time, thought these naturalists, evolution would put to rest all religious impulses of transcendence (never mind the transcendent hope statements like these put into the natural process) and humanity would be more earthly in their pursuits and desires.

And maybe there was a day when these men seemed like prophets, but the world hasn't lost its appetite for transcendence, just the means to taste and see it. Marx and others proved successful in ransoming society from the God of the institutional church—who provided bread, wine, and the washing of water to give a sense of transcendence—only to lose it in an ocean of sacraments for any number of spiritual experiences.

This appetite isn't lost even among the strict secularist either. Alain de Botton's Religion for Atheists: A Non-Believer's Guide to the Use of Religion seeks to use religious methods to save culture. He complains that artists, teachers, and philosophers no longer try to offer practical wisdom or moral guidance. Museums, he explained, were once temples for the contemplation of the profound. "Now," de Botton observes, "visitors appear to want to be transformed by art, but the lightning bolts they are waiting for seem never to strike. They resemble the disappointed participants in a failed sÃ©ance." De Botton suggests we use religious pedagogy to appease society's religious yearnings and a rich inner life, like lectures that look more like Southern Baptist services and communal meals that mimic the Passover Seder.

Matthew Hutson's article in the New York Times, "In Defense of Superstition," suggests that while "magical thinking" may misrepresent reality, it has its advantages. "It offers psychological benefits that logic and science can't always provide: namely, a sense of meaning." Popular superstitions, Hutson says, "all add structure and meaning to a chaotic and absurd universe." Without it, he says, "the existential angst of realizing we're just impermanent clusters of molecules with no ultimate purpose would overwhelm us."

The Lord's Supper and Baptism are where Christians can taste and see transcendence, and skeptics can stand on tip-toes and see shadows. Yes, shadows are certainly less exciting than the real thing, but shadows can lead to the thing itself if we would just have eyes to see it.

The sacraments are the church's "show and tell." John Calvin writes, "The surest rule of the sacraments: that we should see spiritual things in physical, as if set before our very eyes."

The Lord's Supper represents table fellowship, where Christ sits at the Head of the table and eats with tax collectors and sinners (that's you and me). The bread and the cup represent a broken body and spilled blood for the forgiveness of sins and to give us a seat at the Lord's table. We're traitors who have not only been forgiven of our sins, but we've been brought in for supper!

Baptism is the more mystical of the two sacraments. Does that surprise you? It shouldn't. The Lord's Supper tells us to remember what Christ did for us—whether by memorial, spiritual presence, or consubstantiation. We participate by eating and drinking, but only insofar as to jog our memory and make the gospel existentially satisfying to us, not simply intellectually. However you understand the experience of the Lord's Supper, our experience is fundamentally as spectators of what Jesus did on the cross.

So, what if someone asks, "What does it mean to be in union with the Son of God who died, resurrected, and is now at the right hand of the Father?" You take a new Christian and say, "Let me show you." And you plunge them into the water and then bring them up, not as one clean from the removal of dirt, but freed from the tyranny of sin and with a good conscience before God, with a firm hope that since Jesus was raised imperishable, so shall we be. Jesus had the final say over death so that death won't have the final say over us.

In a world that craves access to and participation with the divine, Christianity says, the divine has come to you. He's laid down his power, gone to the cross, and risen from the dead. You can have him, but you must first follow him there. And when you find him, you will have all of him.

But Christians on both the liberal and conservative ends of the spectrum have had a tendency toward domesticating baptism, emptying it of its power.

Where mainline Christians have gone wrong is to provide a baptism that no longer signifies a union to the death and resurrection of Christ, but only merely "new beginnings." It doesn't project our yearnings for the world to come, but for the world to "come of age," adopting the optimism of the "secular city" and abandoning the hope of a New Jerusalem.

In his book Bad Religion, Ross Douthat argues that mainline churches, "came to be seen as just another faction, just another interest group, with nothing particularly transcendent to offer anyone. And transcendence, it turned out, was still what people wanted from religion."

Conservative Evangelicals aren't innocent of domesticating baptism either. Baptisms are now services that end with every distant relative holding a plate of fruitcake in their hands. Never mind that the kind of death and new life baptism signifies is hardly family friendly. Rather, it tears families to pieces, since the only life worthy of the kingdom is the one who "hates his own father and mother, brothers and sisters, yes, even his own life" (Luke 14:26).

In baptism, the old man is drowned in the flood, but the new man is found dry inside the ark. In traditional cultures, family-centred values could be mistaken for fruits of the new man. But Jesus says it might just be that you have forfeited the kingdom. And in saying this, he shows that there is a sweetness and severity to Christian baptism. Aim for only one, you lose both. Aim for both, you get eternal life.

But there is one more thing about baptism that is the sweetest of all. C. S. Lewis hints of it when he says that baptism is sandwiched between faith and Holy Communion. It's the gateway rite to a new community that acts as a pre-curser of a new world: the church. And if we weren't wiser for it, we'd be tempted to call our local gatherings a sacrament. Why? Because we are a community called to taste and see the goodness of the Lord and know the depth and height and length and breadth of the love of Christ and enjoy God forever, and it's through the community we are baptized into where that enjoyment is intensified.

When I read a good book, what's the first thing I do? I share it with others in hopes that they might read it too. Whether the book changed my life or not isn't the point. But there's something about recounting important parts of the book with another that make the parts more meaningful. There's an aesthetic value that community contributes to things like literature, film, food, or a sunset that individualism doesn't provide. When you see a sunset, what do you do? You call others over to enjoy it with you, saying, "Come here! Look at this!" Community creates well-worn paths that you want to walk over and over again.

This, in part, is why baptism must precede the Lord's Supper. Those who have died and risen with Christ have a whole new sensory system. We can now taste and see that the Lord is good; the eyes of our hearts can be enlightened; the author of the letter to the Hebrews talks about a tasting of the powers of the age to come; the joy that we have in the Lord, says Zephaniah, is like listening to the Lord sing over us with loud singing. We have a new set of sense perceptions.

To those without faith, the bread and cup at best seem meaningless; at worst superstitious. The bread tastes like bread and the cup tastes like grapes. But for those with faith, this meal tastes like reconciliation, the forgiveness of sins, and eternal life.

For a society straining for transcendence, the entry point is a baptism stuffed full of orthodoxy. 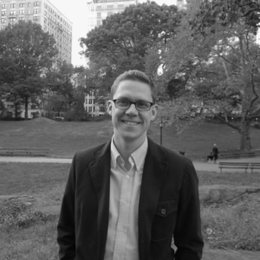 John Starke is lead pastor of All Souls Church in the Upper West Side of Manhattan and an editor for The Gospel Coalition. He has written for Books & Culture, TableTalk, and is co-editor of the forthcoming book, One God in Three Person: Upholding the Trinity's Unity of Essence and Distinction of Persons. John and his wife, Jena, live in New York City with their 3 children. You can follow him on Twitter.

Can we hope for a neocalvinist-neopuritan dialogue?

Forging a public theology relevant for our times. 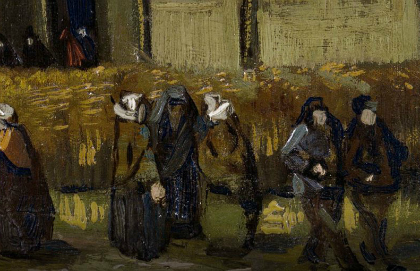 The Perils of Confession as a Public Act

Nothing less than a seriously demanding church life is adequate to the conditions of today's world.