Civil Society in a New Egypt

I'm inclined to be optimistic. Religion, the very thing that threatens to inflame passions and radicalize politics, is also part of the force that has held Egyptian society together amid this revolution.

Six years ago, in the wake of the U.S. invasion of Iraq, regime change and democratization became a rallying point for American foreign policy in the region. The perceived failures of this policy have led many to rethink the wisdom of counselling democratization in Middle Eastern societies. Can the widespread Islamist trend be trusted with democracy? Is it not inherently destabilizing to a region that is a powder keg of resentments and unfulfilled dreams?

The Egyptian government manipulated these concerns perfectly. In the 2005 elections, Egyptian President Mubarak bowed to the drumbeat of democratization coming from his Western allies, or so it seemed. He announced direct elections for the presidency and instructed his security forces to relieve some of their pressure on the Muslim Brotherhood, the most highly celebrated of the opposition forces. But at the same time, he strangled the legitimately organized liberal opponents to his regime in a blatant move to use the Brotherhood to scare his Western allies.

The Brotherhood was given free rein to play some of its usual bullying tactics, hardened in the crucible of authoritarianism. In one particularly brazen move, Brotherhood sympathizers politicized an otherwise obscure play performed in a Coptic (Egyptian Christian) service to bring attention to an Islamist candidate in Alexandria, leading to massive and violent public riots in October 2005. The victory of large numbers of unofficial Muslim Brotherhood candidates in the resulting legislative elections handed Mubarak an easy excuse for further repression.

While repression was meted out to the Islamists, quite possibly the worst treatment was saved for Mubarak's principal rival in the presidential vote: Ayman Nour. For the sin of actually daring to represent a broad-based liberal opposition to the President, Nour was sentenced to what amounted to four years in jail within months of the election. His Ghad party, and the Kifaya ("enough") social movement in the streets, were harassed and broken in the wake of the elections. Secular, modernist, and Westernized bloggers—Muslim and Christian alike—were rounded up, tortured, and imprisoned. New rules were set in place to ensure that no viable liberal presidential candidate would arise. The untold story was that Mubarak had done so well at repressing the liberal opposition that the only likely candidate for replacing him was the Brotherhood—and they would only be able to do so through wanton acts of violence. Après moi, le deluge.

So the deluge has come. But it is not what Mubarak and his cronies have been predicting for so long. It took not the form of a shadowy conspiracy but a widespread movement led by young computer geeks and texting teenagers. It all began when the Tunisian government cracked under pressure on January 14. For the first time, people who for years had assumed the police state was too big were convinced: If it could happen there, it could happen here. Beginning January 25, and for close to three weeks, they occupied Cairo's central square and demanded Mubarak's resignation. Nothing less would be acceptable. Their persistence was important: riots are a common occurrence in Egypt. But riots usually dissipate in a short time and don't maintain their enthusiasm. This one was different.

Who were the people in the street? The simple answer is this: everyone. Men, women, children, poor, middle class, upper class, Muslim, and Christian—all were represented. By night, men were the predominant group, as is common in Egyptian society. When beset by riot police sent by state security, they stood their ground. In many cases, they prayed. Islam bids believers to pray five times a day, and Muslims do so regularly wherever they may be. What better way for bored protestors seeking change to demonstrate their solidarity? But Muslims were not the only ones praying. Christians held a public Sunday morning service on the central square. It may surprise Westerners that arguably the closest large place of worship to Tahrir Square is not a mosque, but the Kasr el-Dobara Evangelical Church. Christian prayers were constantly being offered along with those of their Muslim compatriots.

Now that the popular movement has ushered in dramatic change, what does this mean for the future? Obviously, it is hard to say. Instability could lead to renewed authoritarianism, and democratic elections could provide a smokescreen for an illiberal takeover by radical factions. Tragically, this was exactly the outcome that President Mubarak's National Democratic Party always wanted, because anything less might have been a threat to their own rule. They had skilfully ensured that the only real opposition came from a group they could pillory as a non-democratic bogeyman.

But I'm inclined to be optimistic, for many reasons. Egypt is a country without the significant ethnic divisions that beset neighbouring Lebanon or Iraq, where democratic systems have proven extremely dysfunctional. Egypt has long been a liberal society, in spite of its reputation for political repression. Media outlets, cultural events, and educational opportunities are vibrant, even if poverty and the sheer scale of Egyptian society overwhelm its ability to provide outlets for all. Egypt is an open society, explored every year by thousands of tourists who receive a hearty "welcome in Egypt!" Civic pride is strong and people are good neighbours, as has been demonstrated countless times over the past few weeks.

Ironically, then, Egypt's stultified civil society has maintained its social fabric amidst the chaos. The double-edged sword of religion in Egyptian public life is its resiliency as a pillar of this civil society. The very thing that threatens to inflame passions and radicalize politics is also part of the force that has held Egyptian society together amid this revolution. Muslim devotion, demonstrated regularly on prayer mats throughout the country, often contributes to a giving humanitarian spirit—as demonstrated in daily give-and-take with fellow citizens, at shared iftaar meals, and in simple human kindness. On the other hand, Egyptian Christians are among the most serious and devout followers of the faith I have ever met, and their patriotism is rooted in their faith in a God who made their country his childhood home.

A newly democratized state must make room for such faith communities to continue to thrive and help to represent the aspirations of people who have dedicated themselves to citizenship in a new Egypt. 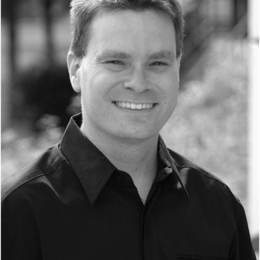 Paul S. Rowe is Associate Professor of Political and International Studies at Trinity Western University, and coordinator of the Political and International Studies programmes. He completed his PhD in Political Science at McGill University in 2003. Dr. Rowe teaches in the areas of international and developing world politics with a specialty in the Middle East and South Asia. He has lived and worked in the Middle East and travels frequently throughout the region. His research interests lie in the politics of religion in the Middle East/South Asia and at the global level. Dr. Rowe is the author of Religion and Global Politics (Oxford University Press Canada, 2012).

Love is for practice, not pontificating.