Canadians who endorse the views of the Ecumenical Coalition for Economic Justice must have had a tough time deciding how to vote in the recent federal election: none of the political parties endorsed anything close to the absurd policies advocated by this church group. The coalition is a joint project of the Anglican, Lutheran, Presbyterian, Roman Catholic, and United churches. It has spelled out its ideas in a booklet, "Reweaving Canada's Social Programs." It's so far to the left as to make even New Democrats look like a bunch of conservative stuffed shirts.

Take unemployment insurance. In last spring's federal budget, former finance minister Don Mazankowski estimated the existing system will cost the national treasury $19.4 billion this year. The coalition is unconcerned. It wants unemployment insurance expanded to "replace income lost during the time away from the workplace to care for children, elders and sick family members, as well as for parental leave." Like the National Action Committee on the Status of Women, this church group is also calling for the extension of unemployment insurance to part-time workers and is demanding an increase in compensation, "from 60 per cent to 95 per cent, at least for pregnancy, childcare and sickness benefits."

The Canada Pension Plan (CPP) is seriously underfunded. A great many Canadians are concerned that after the baby-boom generation starts to retire in 15 years, there will not be enough young workers around with the will to finance all the benefits already promised. Instead, CPP entitlements will be reduced just as old-age security benefits have been clawed back from the wealthy.

The coalition is oblivious to this danger. It thinks CPP benefits should be doubled for low-income workers and extended to "people who have had long-term careers as homemakers. This inclusion of homemakers in the CPP/QPP systems is based not on kindness or generosity," the coalition emphasizes, "but on justice."

The family-allowance system, the coalition argues, should be reinstated as a "universal allowance, with no clawback for higher-income families." It should be "fully indexed to inflation."

In a report to the last federal Liberal government in 1984, the royal commission on equality in employment contended that "child care should be seen as a public service to which every child has a right." The coalition has endorsed this suggestion. It wants the federal government "to develop a comprehensive system of publicly funded, high quality, universally accessible, non-profit child care and to expand paid parental leave." Whatever happened to the idea that child care is primarily a family responsibility?

Many Canadians fear that the introduction of a hugely expensive set of new spending projects would bankrupt the country. The coalition scorns what it calls "the deficit bogey." In its judgment, Canada would not have a debt problem if much of the money were not owed to foreigners.

One way to take care of this problem, the coalition suggests, is a major hike in taxes on corporations and the rich. How high, though, should taxes go? Even a tripling in federal revenue from corporate income taxes would still leave a substantial deficit.

More deficit spending should be financed through Canada savings bonds, suggests the coalition. Yet even a tripling of CSB sales to Canadians would not cover the debt servicing costs of the national treasury.

"Another option available to governments is to return to the practice of financing more government expenditures by borrowing from the Bank of Canada," the coalition advises. As a piece of economic folly, this is hard to beat. It's tantamount to saying the federal government should pay off the debt by printing more money.

Nonetheless, let us not be too hard on the church authorities responsible for squandering mission funds on the propagation of such arrant economic nonsense. These officials do not know any better. It's a rare cleric who has ever taken a single course in economics.

Likewise, the poor people of Canada would have to summon up great fortitude to endure the economic medicine prescribed by the coalition. Clerics have a role to play in politics. They should exercise a vibrant, prophetic witness on vital moral and spiritual issues, such as the sanctity of human life. Those who blunder into complicated areas of economics about which they know nothing divide the faithful, harm the poor, and expose the church to ridicule and contempt. 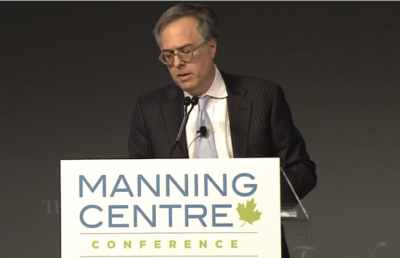