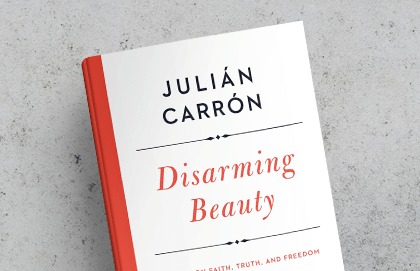 Communion, Liberation, and the Beauty of Ordinary Faithfulness

The importance of a public witness that is not merely rebuke but invitation. 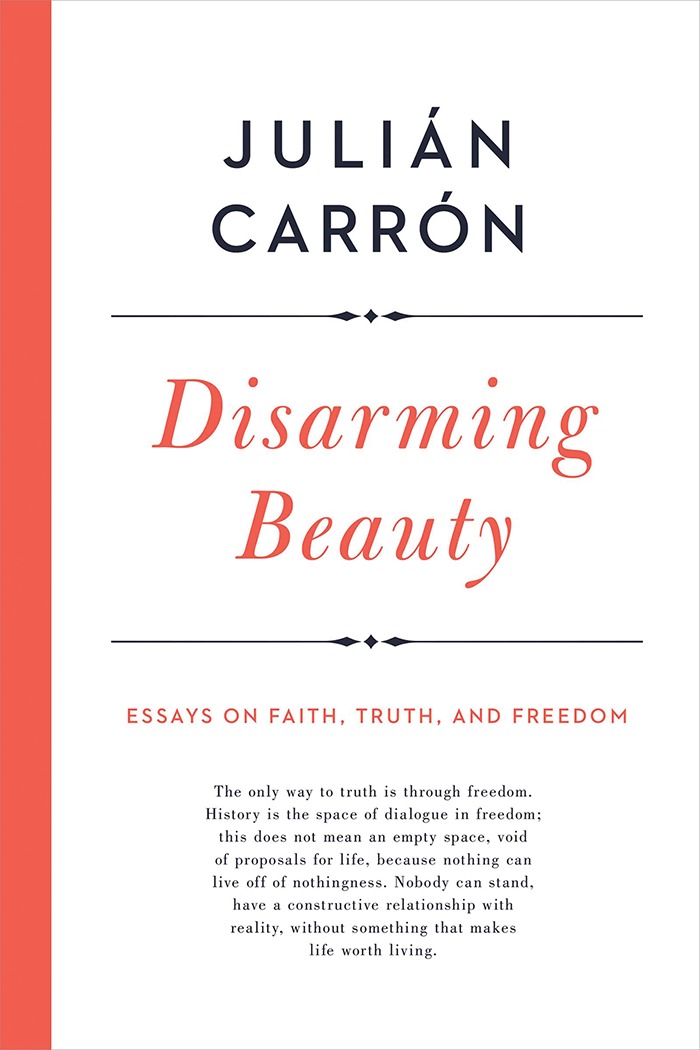 In the experience of a great love, all that happens becomes an event inside that love. —Romano Guardini

"Do we Christians still believe in the capacity of the faith we have received to attract those we encounter, and do we believe in the living fascination of its disarming beauty?" This arresting question, at the end of a reflection on the Charlie Hebdo attacks, is the animating centre of this new collection of essays by Fr. Julián Carrón, who is the head, since 2005, of the lay Catholic movement Communion and Liberation (CL). The question is emblematic of Disarming Beauty as a whole, which tries to answer a set of crucial questions for the present moment: How do we affirm what is good in a post-Christian society without retreating into an us-versus-them mentality? And can we do so without losing the vitality and veracity of faith? This is a question that affects Christians across confessional lines, and indeed all people of goodwill.

“Nothing can live off nothingness”

The answer to such questions is often embodied in communities who live the faith in ways that are winsome and alluring. In Roman Catholicism, the twentieth century saw a burgeoning of local associations founded by, or for, faithful Catholic laity. While the phenomena of local lay Christians forming groups with a specific vocation is by no means novel, their recognition via institutional solidarity is rooted in the renewed attention, following the Second Vatican Council, to the missional responsibility and dignity of all Christians through the fact of their baptism. These organizations often took on an international character, and depict the corporeal collaboration between the universal church and particular local churches. It is within this constellation of lay Catholic associations that CL takes its place.

CL began as an answer to the question of what it means for a human person to have a relationship with reality. Fr. Luigi Giussani, then member of the local theological faculty near Milan and an expert on American Protestantism, was struck profoundly by how little the publicly observed Catholic faith of 1950s Italy seemed to mean to the daily lives of some students he conversed with during a train journey. This led Giussani to leave the academy and to begin teaching high school in Milan, where he re-established Gioventù Studentesca (student youth) in 1954, which eventually became CL as it began to include undergraduates and adults of all ages from the late 1960s onward.

CL's main focus is formational and missional, rooted in the deep belief that a continued encounter with Christ is indefinitely relevant to human needs, and that each person needs to learn a method of true formation to accurately discern and judge their life circumstances flowing out of this encounter. The weekly meeting that CL hosts locally in over ninety countries is called the School of Community and is the main basis of this Christian education. Two of CL's major outreach initiatives are the annual New York Encounter, a free cultural event of "education, dialogue, and friendship," and the annual weeklong Rimini Meeting in Italy, one of the largest summer festivals in the world, with music, art, sport, and religious dialogue that welcomes over three-quarters of a million people.

Carrón's book is anchored in the experience of CL, particularly in its European context. While the often-cited adage by Hilaire Belloc that "Europe is the faith, and the faith is Europe" may seem risible today, Europe offers many lessons, good and bad, to North American Christians, who for cultural reasons often face similar quandaries, albeit on a delayed schedule. Not least because of the present malaise of European society that, as Javier Prades puts it in the foreword, amounts to a "crisis of a relationship with reality."

Carrón's thought flows out of the writings of Giussani. One could roughly characterize it as a synthesis of Popes John Paul II, Benedict XVI, and Francis, especially emphasizing the unity and complementarity of vision between the latter and his predecessors at a time when the current pope is under fire from conservative circles.

Both Giussani and Carrón outline the two possibilities of living with reality. One can either be a "reactive" presence, which implies a defensive stance that is not life-giving, or one can be an "original" presence, deeply nurtured by the truth. This truth, as Pope Francis has defined it, "is the love of God for us in Jesus Christ." To draw sustenance from the truth, then, is to remember the words of Christ in the Gospel of John: "I am the vine, you are the branches. He who abides in me, and I in him, he it is that bears much fruit, for apart from me you can do nothing" (15:5 RSV). These words are likely the source of Carrón's assertion that "nothing can live off nothingness" or "no one generates unless he has been generated."

Thus to be an original presence in CL's charism is to be a public witness that not only rebukes but is also an invitation. Carrón asks, "Can [others] find something [in us] able to attract their humanity, to challenge their reason and freedom?" This invitation implies that faith cannot be confined to the liturgy, as vital as it is in helping us remember a deeper underlying reality, but can also be of use in our daily lives. Moreover, faith is encounter with Christ, and as one lives out the love that stems from this encounter, it becomes a form of being in the world that provides the only plausible posture in facing the problems of our cultural moment.

Carrón employs an interlocking framework throughout the book: the freedom and responsibility of the individual and the absolute necessity of growth and maturity within the life of the church. At first glance these themes might seem contradictory. How can autonomy and free will concord with obedience to a visible, historical (and often sullied) institutional Church?

Let's begin with autonomy. Carrón writes, "The goal of the movement of Communion and Liberation is educational...to generate adult subjects." At a time when accusations of extended adolescence abound, this line of thinking cuts into a relevant contemporary concern. As a starting assumption, Carrón is categorical: "Man is capax Dei: capable of God." It is this very capacity, the seemingly unshakeable "religious sense," that allows us as human beings to ascertain reality. And because we have this capacity, we also have the responsibility to form our wills to choose the good, to choose God. Or in Giussani's characterization, "Faith corresponds to some fundamental, original need that all men and women feel in their hearts."

Carrón includes reason and rationality at the heart of faith. Quoting Joseph Ratzinger (Benedict XVI), Carrón decries the "mutilation of reason," which following the Enlightenment ended up dispensing with what makes us human. True reason is, according to Giussani, "openness to reality, a capacity to seize and affirm it in all of its factors." This is a faith that includes our full humanity, or as the Orthodox bishop Kallistos Ware says, "It is the human vocation to manifest the spiritual in and through the material."

The incarnation of Christ through the Virgin Mary is at the heart of CL (and really, all genuinely Christian) spirituality. I came to know CL by participating in the Via Crucis procession on Good Friday. During my early visits to the School of Community, I was repeatedly struck by a closing prayer: Veni Sancte Spiritus, Veni Per Mariam (Come Holy Spirit, come through Mary). To my low-Anglican and evangelical trained ears, this prayer initially sounded heretical. When I continued to meditate on it, however, I came to see that there is a concreteness to it. The wish for the Holy Spirit to come through Mary is to wish for the incarnate Christ, her Son and the second person of the triune Godhead, who is present again in the Eucharist, made visible through his body and bride, the church.

The late Swiss theologian Hans Urs Von Balthasar has a stunning chapter in his little masterpiece The Heart of the World called "The Conquest of the Bride." Balthasar explores the paradox of the visible church to whom Christ, in Balthasar's imagined dialogue, says, "In no other body but yours does my Heart throb." In the closing lines, Balthasar imagines Christians not only as brothers and sisters to Christ but also as his mother, in trying to make him manifest as a witness, as an original presence. Balthasar confirms the indispensability of beauty, and its method, in an emphatic way:

We no longer dare to believe in beauty and we make of it a mere appearance in order the more easily to dispose of it. Our situation today shows that beauty demands for itself at least as much courage and decision as do truth and goodness, and she will not allow herself to be separated and banned from her two sisters without taking them along with herself in an act of mysterious vengeance. We can be sure that whoever sneers at her name as if she were the ornament of a bourgeois past—whether he admits it or not—can no longer pray and soon will no longer be able to love.

Even with its institutional heft, the church's faith, in Carrón's words, "does not add itself on from the outside, like a superstructure, like a pietism, to the life of man." It flows outward when a person deeply encounters Christ and vows to follow his call through his church. Carrón repeatedly underlines the necessity of the visible church, and community, thereby affirming what Ratzinger has also stated: "The place for faith is in the Church."

Surveying the present state of Europe, and our own witness closer to home, there are many reasons to feel disheartened. But not hopeless. In the final analysis, the following observation by Carrón resounds:

For us this [present moment] is a precious occasion to verify the capacity of the Christian event to hold up in the face of new challenges, since it offers us the opportunity to witness to everyone concerning what happens in existence when man intercepts the Christian event along the road to life. Our experience, in the encounter with Christianity, has shown us that the lifeblood of the values of the person is not Christian laws or juridical structures and confessional politics, but the event of Christ. 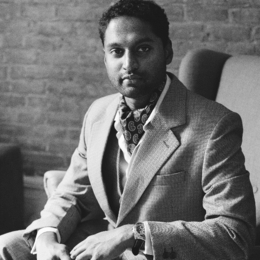 Daniel Bezalel Richardsen is a public servant at the Department of Finance Canada and a reservist with the Royal Canadian Navy at HMCS Carleton. He is the founder and former editor of Foment, the literary journal of the Ottawa International Writers Festival, as well as the festival's Reviews blog. 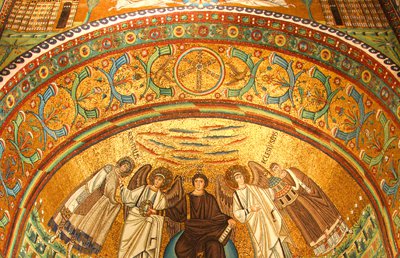 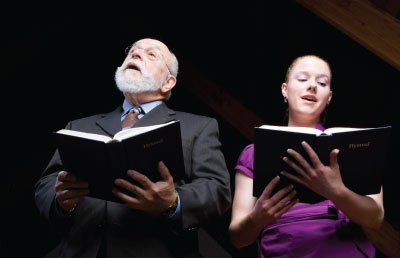 The church's unique practices of memory are a gift to an aging society.