Contemporary Art and the Return of Religion

Religious imagery is being used out of its traditional context and accepted understandings, which raises some interesting questions.

Religion is back, not only in political debates and the public arena, but also in the arts. Mainstream contemporary art now incorporates the kind of religious references and iconography, including Christian iconography, which, since the origins of modern art in the nineteenth century, had largely been absent. Religion is back in art, not—or at least not primarily—because of any religious beliefs held by the artist, but as the result of a changed society, including religion's place therein. In that sense, contemporary artists do what artists have done throughout the ages: explore, critique, celebrate, lament, transform, and subvert whatever they encounter in the world.

Often, however, religious imagery—including Christian imagery—is being used out of its traditional context and accepted understandings, which raises some interesting questions: How do these images relate to their historic, traditional meanings? To whom do religious stories and symbols belong? And how should Christians respond to such works?

One artist referencing Christian themes outside their familiar context is the British-born Nigerian artist Chris Ofili, who won the Turner Prize in 1998 and represented Britain at the Venice Biennale in 2003. For those with short memories, Ofili also produced the painting The Holy Virgin Mary (1996), which formed part of the controversial Sensation exhibition in New York's Brooklyn Museum in 2001 and which became a lightning rod for the ire of the then-mayor Rudy Giuliani. The reasons for Giuliani's outrage were not only Ofili's use of tiny cut-outs from pornographic magazines as decorative devices, but also his employment of elephant dung, both on the painting's surface and by way of supports. For Giuliani, this could not be interpreted other than as a deep insult to and blasphemous attack on the holy status of the virgin Mary.

Ofili himself had this to say:

Ofili had started using dried-out elephant dung for the first time after a visit to Zimbabwe in 1992, his first ever to Africa. He was so taken by this experience that he wanted to import something of the African landscape into his paintings. Elephant dung seemed the right choice.

In order to compensate for the foul nature of the dung, however, he took special care to make the overall effect of his paintings especially aesthetically attractive. He did so by making richly-layered decorative surfaces incorporating coloured dots, sparkling glitter, polyester resin, map pins, collage cut-outs, all carefully combined into a dazzling display of vibrant folksy energy. The unsettling juxtaposition of the seductive quality of these beautiful surfaces with the repulsive feelings associated with elephant dung was to become Ofili's trademark for the next two decades.

This trademark is also evident in the paintings used in his installation The Upper Room (1999-2002) which was recently shown again in London's Tate Britain. The installation consists of a large rectangular room containing thirteen canvasses: six each on the long walls and a thirteenth on a short wall. Like The Holy Virgin Mary, each painting is set on two balls of elephant dung and displays the dazzlingly decorative quality referred to above. The luminosity of the surfaces is even enhanced by the lighting above each painting which creates the suggestion of stained glass windows reflecting coloured light on the floor. The total space is thereby lent a chapel-like effect.

As might be expected, however, there is a twist. The paintings do not represent the twelve disciples flanking Jesus, as the title and arrangement of the installation might suggest. They represent thirteen rhesus monkeys, all but one with identically-shaped outlines, though differently finished and coloured. Each has a different Spanish title expressing its particular colour: Mono Gris (grey monkey), Mono Amarillo (yellow monkey), Mono Rojo (red monkey), Mono Oro (golden monkey, the one on the short wall), and so on. Each monkey holds a chalice or cup in their hands and, apart from the one at the end, is depicted in profile.

What to make of it? Are these paintings, as Giuliani would have it of The Virgin Mary, another instance of making a mockery of the Christian faith? Should this be seen as a case of blasphemy to be vigorously condemned and rejected by any true believer?

Interpreting art is a tricky business. Ofili himself has not commented much about this piece except to say that the idea of the installation as a whole only emerged after he had finished most of the individual monkey paintings. Yet, the fact that this piece presents us with an iconographical and theological puzzle should not lead us to condemn it outright. As American theologian and aesthetician Wilson Yates puts it:

Traditional Christian symbols are a part of the culture and lie far beyond the final control of the church. The symbols will be imaged in diverse ways by non-Christians as well as Christian artists, often contrary to the church's dominant interpretation. But this should not be viewed as threatening but as a means by which, paradoxically, the traditional symbols are kept vital—are kept alive in the midst of human life.

What might that mean for Ofili's Upper Room? Let's give it a try: Monkeys in Christian iconography symbolize sin and evil and sometimes the devil. Furthermore, in Orthodox icons, the only figures represented in profile are demonic figures or Judas Iscariot. This is because they do not have both eyes focused on God and should therefore also not be looked at frontally. Now, as it happens, Ofili has a certain fascination with the Judas figure. He is, for instance, the main character in the painting Iscariot Blues (2006), where he is depicted hanging from a tree, accompanied by a blues duo on drums and guitar. This may give us some clues.

Traditional depictions of the Lord's Supper—such as, for instance, the one by Leonardo da Vinci—often capture the moment of consternation among the disciples after they have been told by Jesus that one of them is going to betray Him. It is the moment where they exclaim: "Surely not I, Lord?!" (Matthew 26:22; Mark 14:19). Interestingly, when recording Jesus' reply, the gospel writers use different tenses: The one who has dipped his hand in the bowl with me (Matt. 26:23); the one who dips bread into the bowl with me (Mark 14:20); the one to whom I will give this piece of bread when I have dipped it in the dish (John 13:26). But the main point is clear: the traitor is in the process of sharing a meal with Jesus—a sign of great intimacy, trust, and friendship in most Eastern cultures, both then and now. This makes the predicted act of betrayal all the more shocking.

But note that all disciples were sharing bread and wine with him at that supper. Considering the Eastern practice of sharing bowls with stew for dipping bread or meat in, it is very likely that most of them would, at some point or the other, also have dipped their bread in the same bowl as Jesus. Does that make all of them potential betrayers? Not necessarily, although Peter's subsequent denial of Jesus is of course also a form of betrayal. However, Ofili's piece may serve as a reminder that there is a potential Judas in every disciple and, indeed, in all of us, each carrying our own cup of sin and sorrow and turning in profile to Jesus looking for forgiveness and redemption.

I'm not suggesting that Ofili himself would have had any of this specifically or consciously in mind, although he has talked in an interview about Judas being "transformed from a 'baddie' to a 'goodie'" on account of his role in God's plan of redemption. As with The Virgin Mary, he is more likely to say that he is "confused"—about Jesus, about Judas, and about God's ways for bringing about salvation. But that does not prevent us from allowing the work to speak to our religious imagination and have it invite us to take a sideways look at the momentous events that took place during that historic supper in an upper room approximately two thousand years ago.

Put more generally: rather than seeing works like these as threatening to our faith, they can, as Yates reminded us, serve to keep the traditional symbols alive in the midst of our human life—and, we may add, our confusion. Because, after all, God's precise ways for bringing about redemption remain, at root, a mystery to us all. 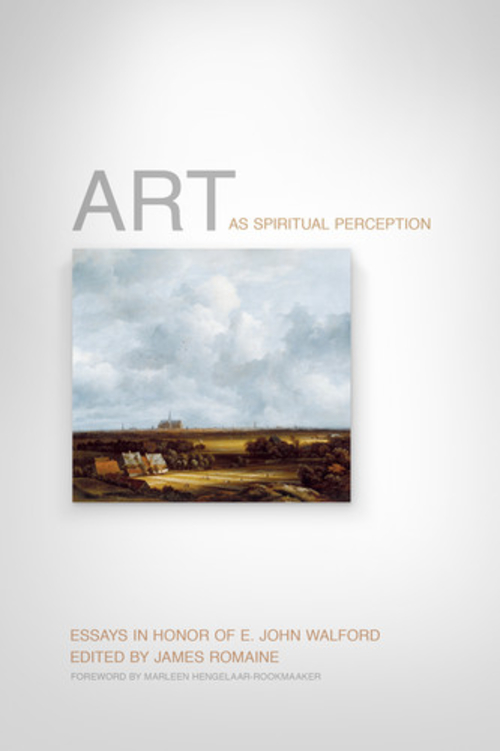