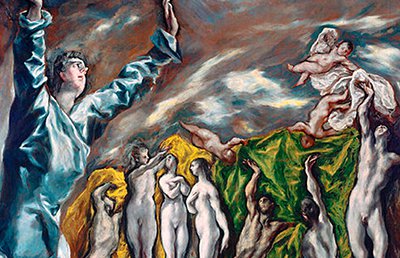 Cracks in the Secular

Longing for "something more" in the secular.

It would be easy to surmise that secularism is winning. As "new atheists" stridently occupy op-ed pages, law and policy seem to target the convictions of traditional religious communities. Religious views have become less and less plausible in sectors of cultural influence in contemporary North American society. It would seem that the predictions of secularization theorists are coming true: as societies advance, religion withers; as production and consumption increase, faith decreases; as we become more "enlightened" and democratic, Christian faith looks more and more irrational and less and less tolerable.

Is this the beginning of the end, a kind of secular apocalypse? Should Christians (and other communities of faith) in Canada and the United States be digging trenches to mount a last stand? Does this mean we should be intellectually arming ourselves for a culture war?

If the believer is haunted by an echoing emptiness, the unbeliever can be equally haunted by a hounding transcendence.

Before we start stockpiling arguments and legal strategies (which we might still, shrewdly, need to do, as Mary Anne Waldron counsels in this issue), let's consider an alternative reading of the present: What if an increasingly aggressive secularism (coming especially from secular "elites") is itself a defense measure, a kind of last gasp of a worldview that feels frustrated and even threatened? What if secularism is loudest precisely because it is a final cry before it is unveiled as implausible and unsustainable? Doesn't the emperor shout loudest about the beauty of his raiment precisely when he least believes it himself? What if secularism has its doubts and is just trying to cover it up by pursuing its agenda all the more aggressively lest they have to consider the alternative?

If something like this were true, then we might expect secularism to be most aggressive precisely when it is most vulnerable—in which case, our approach shouldn't be defined by defensive posturing or fretful worrying. Our approach should be one of compassionate listening. Rumbling in these shouts we just might hear a still small whisper of longing.

The secularist's doubt is faith; what counts as "temptation" for the nonbeliever is belief. If the believer is haunted by an echoing emptiness, the unbeliever can be equally haunted by a hounding transcendence.

John Updike, who long wandered in the terrain belief and unbelief, once described the visceral experience of doubt: "It is as if one were suddenly flayed of the skin of habit and herd feeling that customarily enwraps and muffles our deep predicament." We tend to imagine this as the experience of the believer: the ardently religious naïf who leaves the habits of home wakes up to "reality" at university and feels like he has lost his moorings.

But unbelievers can have the same experience. Stripped of the security of habit and herd instinct that ensconced them in a confident naturalism and ambivalence, the so-called unbeliever is caught short by an epiphany of fullness that transcends her categories (as described, for example, in Barbara Ehrenreich's Living With a Wild God); or is confronted by a stubborn of sense of something-more-ness that can't be squelched; or experiences the alleged liberty of a flattened world as increasingly oppressive. The secularist's dark night of the soul is the jarring experience of a sleepless night where he finds himself inexplicably asking, "What if I have a soul?"

So what if we approached an increasingly "secularized" society, not as the final victory of some Enlightenment myth in which history ends in unbelief, but rather as the final unsustainable part of a long detour we've taken in the West? What if the defensive posture of secularism were seen as an invitation to consider what a post-secular society might look like?

This issue of Comment explores both the challenges and opportunities for faith in our secular age. We suggest a different tack for approaching what is, granted, a newly aggressive secularism. We want to seriously challenge and confront the attempt of some to reconfigure North American public life in a way that diminishes and excludes robust religious expression. But we also want to look at this as an opportunity and invitation to hear in "the secular" an enduring longing for something more.

We also believe there is much to be learned in a conversation that spans the border between Canada and the United States. The unique histories, policies, and experiments of each country—and a nation within a country in the case of Quebec—are mutually illuminating. Is Canada "ahead" of the U.S. with respect to secularization? Or, as Charles Taylor suggests in his interview in this issue, does the robust civil religion of the American context point toward a future more like France and Quebec—in which a thick, at times repressive, religious consensus is replaced by an equally thick and equally repressive secularist one? You might think of the international conversation in this issue like bringing together researchers from two different laboratories, sharing their findings and comparing notes in hopes of collaborative insight.

In the heart of Manhattan, in the Metropolitan Museum of Art, hangs one of El Greco's remarkable creations, The Vision of St. John. Completed around 1614, it is one of his paintings that looks like it could have been painted in Paris in the early twentieth century. Its feel is not only modern but also somehow imperceptibly contemporary. Evoking the opening of the Fifth Seal in Revelation 6:9-11, the martyrs who bore faithful witness are given white robes while John (it seems) looks heavenward toward the epiphany of the Lamb. The colours of the painting are themselves a startling revelation of another reality.

But the painting as we view it today is a fragment. The canvas that hangs in the Met doesn't tell the whole story. In the course of a "restoration" around 1880, the unfinished canvas was trimmed by at least 175cm. In the name of "improvement," the scene is truncated by almost half. And so, in what seems a fitting parable of modernity, the exultant arms of John the Revelator reach upward to—nothing: to the top of the frame, to the edge of the canvas. The martyrs seem to receive gifts from nowhere, and John seems to praise the nonexistent. All of them seem to look for something no longer there.

What if our modernist, secularist projects of "improvement" have unwisely severed us from what makes for a flourishing society? While some might rail against myths of what lies beyond the frame, many others might be asking: What's up there? Our calling in a secular age might be less a matter of securing our status and more a matter of bearing witness to what's missing, especially to those who are feeling the claustrophobia of that frame. We might be surprised at the response.

This editorial will be featured in the The Fall issue of Commment, along with some incredible content on this theme. Subscribe or renew at cardus.ca/comment/subscribe now, or you will miss out.