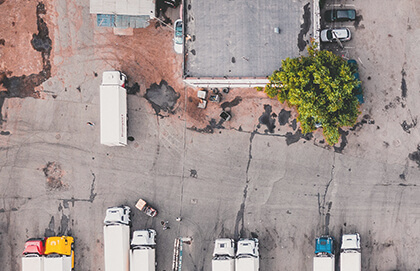 Thinking hard about soft skills and how they’re developed. 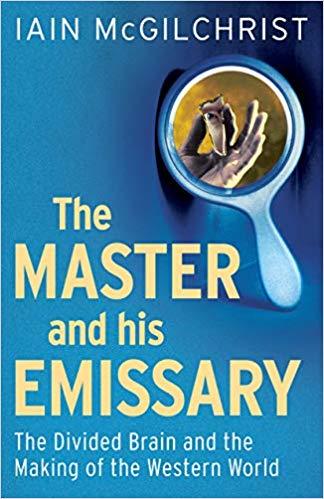 The Master and His Emissary: The Divided Brain and the Making of the Western World
Yale University Press, 2012. 544pp.

In 2009, British psychiatrist and Oxford literary scholar Iain McGilchrist published The Master and His Emissary: The Divided Brain and the Making of the Western World. In essence, McGilchrist argues that the left hemisphere of the brain, which provides for the kind of close analysis we associate with the sciences, is in the process of colonizing the right, which manages our moment-to-moment experience of the world, including our interactions with other people. As covered in a recent essay as well as in his book, McGilchrist argues that this cognitive imbalance has potentially disastrous consequences. Our intensely analytical and relationally impoverished brains, he says, are leading us down a path toward civil conflict and environmental degradation. Looking around a Europe and Anglosphere riven with social and political conflict and an inability to come to grips with climate change, it’s a strong prima facie case.

My immediate interest in this topic, however, is much closer to home. As someone who has worked for almost twenty years in the field of job training and workforce development, I have long puzzled over the disconnect between what employers say they want and what our educational and training systems produce. Beginning with the 1957 Sputnik crisis and continuing up to today, government and educational systems at all levels have prioritized the acquisition of knowledge, degrees, and credentials in left-brain science, technology, engineering, and math (STEM) fields as the indispensable keys to individual and national economic success. Yet in survey after survey—as well as in innumerable conversations with business owners and human resources executives—employers complain first about how workers lack right-brained, social, or “soft” skills—character, persistence, integrity, professionalism, teamwork, communication, and dependability. Frustration about this problem runs deep among employers because, in increasingly networked, team-based working environments, the absence of soft skills is a drag on productivity and a human resources headache.

I have long puzzled over the disconnect between what employers say they want and what our educational and training systems produce.

A glance back at US economic and workforce history is useful for shedding light on the soft-skill deficit. According to Harvard scholars Claudia Goldin and Lawrence Katz, the long period of rapid economic growth that began in the late nineteenth century and continued into the second half of the twentieth century was tightly correlated with the introduction of universal high school. During this period, marked by rising literacy, numeracy, and skill acquisition, the “skill-stock” of the US workforce was closely balanced with the demands of industry, leading to a virtuous cycle of economic growth and rising wages. Beginning in the 1970s, this partnership began to fray; the supply of skills could no longer keep up with the market’s demand. After assessing the possible causes, Goldin and Katz conclude the problem was not that skill demands had suddenly accelerated but that educational attainment had stalled. (Attentive readers will note that 1970 is also about the time rates of divorce and non-marital births began to rise sharply to the detriment, chiefly, of the well-being of children. More on this below.)

The response to the market challenge of decaying skills was very “left brain”: increase investments in STEM education. (McGilchrist describes the left brain as a “Berlusconi”—it both sets policy and propagandizes for it through its control of the media/language centre of the brain.) Schools focused on improving STEM education, government invested in training more STEM teachers, and community colleges were created in the hope of expanding left-brain technical training and increasing the supply of technical skills. From the standpoint of logical analysis, this appeared to be an airtight strategy to fix the skills shortage in a high-technology economy, yet achievement scores remain stagnant and the skills-gap persists. Presidents, policy-makers, and business leaders have responded with proposals for yet more STEM education, creating a hermetically sealed policy feedback loop.

What if we stepped back and looked at the problem through the lens of the holistic, socially driven right brain? What factors might be contributing to a lack of soft skills among workers or persistence among students pursuing high school and post-secondary credentials and degrees? And what, if anything, can we do about it?

Different research domains (economics, education, workforce) use different terminology to describe interpersonal skills. In economics, they are called “non-cognitive skills,” a somewhat confusing term since all behaviour originates in cognitive processes. James Heckman, the University of Chicago Nobel laureate economist who led early research in this area, reduces all non-cognitive attributes to one: character. More broadly, these skills and traits involve self-motivation, emotional self-regulation, and perseverance in the face of adversity or challenge, the kinds of capacities essential for sustaining all types of relationships. The development of non-cognitive skills depends heavily on early relationships between highly malleable infant and toddler brains and parents, who are the primary agents in developing and protecting kids. On virtually every measure of educational, economic, and social well-being, children who are raised in stable, two-parent homes do better than those who have just one parent or experience high levels of parental conflict and divorce. As Heckman argues, “Quality parenting—stimulation, attachment, and support—is the true measure of child advantage, not the traditional measures of poverty used in policy discussions.”

In our urgency to close a too narrowly defined skill gap, we may be compounding it through an overemphasis on STEM educational and training strategies.

To use McGilchrist’s language, raising a child with a strong sense of “betweenness” with other persons in the broader world—personal or professional—requires the development of the capacity and appreciation for betweenness at an early age. Babies know this; it is only adults who forget. You do not need to be a psychologist or social worker to understand or agree with the proposition either. The father of capitalism, Adam Smith, identified this need and its essential importance to economic life in his Theory of Moral Sentiments, the less well-known but more important prequel to the The Wealth of Nations. To modern eyes and ears, Smith’s articulation of how people learn the process of mutual sympathy and emotional self-regulation mirrors the insights of neuroscience into bonding, attachment, trauma, and emotional synchronization but without the use of brain imaging technology. Through our intimate relationships, he says, we learn to modulate both our joys and our sorrows and are thereby made fit for human society. Smith’s understanding of this process and what drives it are worth quoting at length:

Put another way, we learn soft skills—the absence of which is the source of multiple social and labour market challenges—through intensive, long-term, interpersonal exchange. Without this training, we are ill-equipped for life in a free society or for participation in a market economy that is founded on shared values, beliefs, and behaviours as well as mutual understanding, sympathy, and trust. Worse, it is arguable that in our urgency to close a too narrowly defined skill gap, we may be compounding it through an overemphasis on STEM educational and training strategies. In McGilchrist’s telling, the left hemisphere, elevated to dominance, is blind to and cannot understand or value what it is missing in the world of interpersonal relationships. It does not know what it doesn’t know, an apt description of a co-worker who just doesn’t seem to “get” workplace etiquette.

In the face of soft-skill deficits, policy-makers, educators, and employers are often at a loss about what to do other than bemoan them. These problems are deeply embedded in American life, so deeply that most of the policy responses range between daunting and completely unrealistic. My response to this sense of despair is that unrealistic responses may be the only approaches we have to the nature and scale of the problems we face. We can either try to fix the sources of non-cognitive/soft-skill deficits or be prepared to absorb the economic, social, and personal costs of the human dysfunction and suffering they engender. It is truly a case of pay now or pay even more later in lost productivity and higher social safety-net spending for individuals who are unprepared for education, economic participation, and effective social engagement.

A recent paper I published at the American Enterprise Institute makes an effort to define a public policy agenda that would address soft-skill deficits as part of a life-cycle human capital strategy with a strong emphasis on programs that strengthen marriage, family life, and early childhood development. Insights from neuroscience and developmental psychology point toward early development as being the best time to build the neural infrastructure and capacity for the “betweenness” I have been discussing. A baby’s brain doubles in size during the first year of life, reaching about 80 percent of its adult volume. By age three, a child has roughly twice the number of neural synapses—the connections that receive, distribute, and integrate inputs and responses—as an adult. (We shouldn’t call it the “terrible twos” when it’s really the wonder years.) All of this growth is shaped heavily by the environment of interpersonal care the child is being raised in, laying the foundation for relational capacity and all other future development. Later interventions with school-age children and adults can be effective in remediating soft-skill deficits but the best return on investment is in early childhood. My AEI colleague Katharine Stevens talks about this process in terms of wet and dry cement. Wet cement yields to the lightest of touch; dry cement requires a hammer and chisel—and sometimes a jackhammer. Parents and families have the privilege of stewarding this early period of rapid, trajectory-setting change. For their sake and our own, they deserve as much help as we can give them in this critical work.

In an important sense, the public policy response to the challenges of soft-skill workforce preparation is a case study in McGilchrist’s theory of the imbalance between the “master” and his “emissary.” We have two skills gaps—hard and soft—and rather than thinking through policies and interventions that differentiate appropriately between them, we allow left-hemisphere preferences for the technical to dominate. At one level, this is understandable given the undeniable contributions and benefits of left-hemisphere strategies to scientific development and human well-being; it has “delivered the goods” in terms of material well-being, the theory goes, so more of it will be even better. At the same time, the point of diminishing returns on STEM may have passed. To continue along our current path in a way that diminishes and ignores social deficits and market demands related to soft skills fits the popular definition of insanity: doing the same thing over and over while expecting a different result. 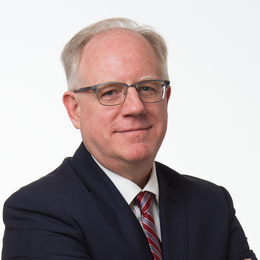 Brent Orrell is a resident fellow at the American Enterprise Institute, where he divides his time between workforce development and criminal justice reform policy.

The Three Questions: Prosperity and the Public Good