All of us can glow from being Time's 2006 "Person of the Year." We can watch ourselves and examine ourselves on YouTube and MySpace. But if we listen to our culture saying "Welcome to your world," we're going to find egoism replacing hopefulness.
by Susan Den Herder

Long gone are the days of Michael Jordan's Gatorade commercial that excited and inspired young people across the country with the unforgettable "Be like Mike" jingle. Broadcast on television at home and fed to closed-circuit, school networks, the Gatorade campaign rested on the idea that young people admired Michael Jordan as a hero, an athlete, and as someone everyone wanted to "be like." Now, instead of simply digging up the commercial on YouTube, young and old alike are encouraged to create their own commercials and broadcast not their heroes but—you guessed it—themselves.

Time magazine duly noted this trend in a 2006/2007 special edition that named the 2006 Person of the Year as "You." The subtitle affirms, "Yes, you. You control the Information Age. Welcome to your world." According to Time, you and I now stand proudly alongside world leaders, royalty, billionaires, Pope John Paul II, and other Persons of the Year because of our poorly written blogs and our YouTube confessionals. Supported by articles like "Power to the People," "Your Web, Your Way," and "It's All About Us," the message is clear: it's all about you. Why settle for the biased news broadcasts offered to you on television when you can have the raw footage via the web? Or, better yet, why not grab your picture phone and be sure that you catch the next late-breaking story yourself? I applaud the sentiments of responsibility, citizenship, and innovation that featured in this special feature. I am, however, concerned with the underlying notion that all you need is you. No more skills, training, or education required. Amateurs are the new "pros."

This is particularly unnerving as we enter a conversation about living a life of faith. In a struggle as old as time, participate in God's story of the world, it seems dangerous to do away with the "If I could be like Mike" hopefulness of the early nineties and exchange it for the "Welcome to your world" egoism of 2006.

Do we have something to learn from "the pros" when it comes to navigating our faith? Do we need a hero, someone we want to be like? In The Fabric of Faithfulness, Steven Garber suggests that students who succeed at holding together belief and behavior in the university years and beyond are students who "found a mentor whose life 'pictured' the possibility of living with and in . . . a worldview that could account for truth amidst the challenge of relativism." While the notion of a master-apprentice relationship may be dismissed in the worlds of online gaming and broadcasting, mentoring and being mentored are not just relevant but critical to a particular way of life.

Piercing the centre of the Youniverse

If Time has accurately captured the heart of Western culture then the very idea of mentorship is countercultural. A mentor is someone who has gone before us, has done something we have yet to accomplish, and, therefore, someone who, can teach us something. It's not "all about us" when it comes to learning. As a generation that participates in the self-centered cyber world of MySpace and YouTube, how are we to engage with another person in a relationship that must be pursued in real time and space and not by way of instant messaging? How does a cyber-individualist participate in a relationship in which one person is a master and the other is an apprentice?

The challenging nature of mentorship is not just cultural, but personal as well. In order to engage in a relationship of this sort one must presume that he has something to learn—that he has some deficiency. At the root of a mentoring relationship is the student's admitting that she doesn't know it all. And yet, as fallen human beings seduced by pride and deemed the centre of the universe by the culture around us, this admission is difficult, to say the least. The humility, honesty, and hard work required of a fruitful mentoring relationship are not for the faint of heart.

Skeptics: take comfort. For the better part of my college years, the word "mentor" fell into the same camp for me as "fellowship" and "accountability." During that time, I knew at some level that these were good words—important words. But mostly, I heard them parroted by the Christian community, overused and ill-defined, which made them hard to embrace. The message was loud and clear that any respectable Christian was supposed to have all of these pieces in place as if they were items on a checklist. But no one could tell me what those words really meant, and my experience with mentors in the past was that they were mostly like acquaintances. In my only formal "mentoring" relationship up to that point, I was put together with someone I barely knew, and yet I was expected to seek her advice. This contrived and antiseptic situation was not one that encouraged me to do the hard work of seeking out a mentor during the college years. Nor did I understand how or where to go about doing that anyway. At the busy tables at the extracurricular fair each September, I saw places to sign up to be a volunteer, a tutor, a "Chi Omega," and a member of the kayak club, but no signs for mentoring.

As I moved beyond my undergraduate years I had several other mentors chosen for me through formal processes and with each one I was able to develop a clearer picture of what mentorship was—and was not. I learned that mentorship is most fruitful when it is entered into by choice. The students Steven Garber interviewed "found" a mentor. They noticed someone who embodied the particular worldview they were trying to work out, and who did so in a way that was attractive. In choosing a mentor, some part of her life must answer the question, "Can I do it?" with a loud "yes" that impels the student to learn from her. But to do this work and to engage in this relationship requires that both mentor and student are profoundly honest about their lives and willing to open them up to one another as textbooks for the course. A phrase that Garber uses often is "Come and see": an invitation to come and see how he takes the truths he teaches and lives them out in his own time, place, and circumstance. This willingness to be open and actively to engage in another's life is why it seems critical that mentors are sought after and not assigned . . . and why the best ones also become such good friends.

Mentors have served as guideposts in my life and have answered the question, "Can I really live by this story?" over and over again at different times and in unique ways. From their own lives, experiences, and wisdom, they are able to offer a vision of how I can continue to live according to a complete view of the world that holds together Creation, Fall, Redemption, and Consummation. In circumstances that vary as widely as the complexities of life, those whom I consider mentors say to me in their own words: If you're forgetting about redemption, if you're getting stuck in a view of the world that's only bad and broken, let me help you keep hoping. If you've forgotten about the real brokenness of the world, let me remind you of the reason for your sadness, your disappointments, your hurt. Let me help you hold all this together. Let me offer you a way to keep living in the tension. Mentors offer a vision of the Christian worldview embodied, and they keep us pursuing that end.

It would be much simpler, really, to buy into the applause of Time magazine and take our bows at centre stage for pouring such energy and passion into blogs and bistro reviews. But not much of the "welcome to your world" mentality is helpful in real life under the sun. We should look to others who might be a little further down the road, and who have something to offer us from their travels. If we hope to live by a story that begins with, "Welcome to God's world," then we must rely on others to help us keep seeing the world as it really is. Apprenticeship will cost time, energy, and pride, but what we will reap in counsel, encouragement, wisdom, and biblical vision is far greater. We could all use a little more of the catchy Gatorade commercial that reminds us to dream, aspire, and to pay attention to those we most want to be like. In this business of living a life of faith, we just might need a hero or two along the way if we are to have any hope of making it to the pros. 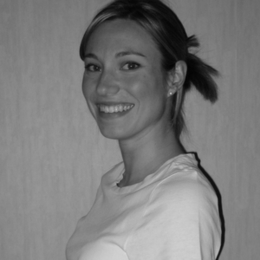 Susan has worked with high school students for a number of years as a volunteer, as a High School Coordinator at The Falls Church and as an adjunct teacher at Trinity Christian School. She has also been involved in the College Transition Initiative through the Center for Parent/Youth Understanding. 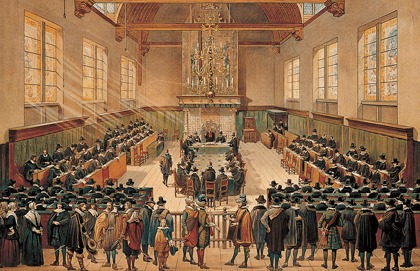 Catechesis for a Secular Age

What if the common good just might depend on conversions?