Divorce, and Grow Poor! The Destructive and Costly Ethos of Divorce in North America

A discussion of Barbara Dafoe Whitehead's The Divorce Culture (Knopf, 1996) and Glenn T. Stanton's Why Marriage Matters: Reasons to Believe in Marriage in Postmodern Society (Pinon, 1997).

Divorce is the ebola plague of Canada and the United States. It destroys individuals and families. It attacks and weakens the web of trust relationships that help to hold our society together. Our immunity to social disintegration is linked to the health of our varied private and public relationships. When those connections become untrustworthy, we are all in danger.

None of us can say, for instance, that because we are happily married we are untouched by the effects of divorce. Divorce is so common it has become an ethos, a climate, a way of thinking, a culture as Barbara Whitehead calls it in her book The Divorce Culture (Knopf, 1996). It is the carbon monoxide in the air we breathe—tasteless, odorless, invisible, but deadly. Its toxic effects spread well beyond the immediate family, and for generations to come. It impacts our governments, our laws, our workplaces, our religious institutions, our inner selves, our culture.

How did we get to this hazardous position? The watershed is the 1960s. From the turn of the century to 1960, the progress of divorce was relatively slow, although it did attract attention and generate alarm. From 1960 on, divorce rates took off. Says one scholar about this phenomenon, "The scale of marital breakdowns in the West since 1960 has no historical precedent that I know of. There has been nothing like it for the last 2,000 years, and probably longer" (Stanton, 20).

Prior to 1960, divorce resulted mainly from disruptions in social or economic conditions. War, for instance, split families. Infantrymen returned to home situations that had changed dramatically and they could not adjust. The transition to domestic life failed and their marriages split apart.

Rising material expectations also affected the incidence of divorce. The paycheque became a focus of dispute, eventually sundering the marriage. Wives who in the past had had to content themselves with whatever their husbands were earning, now grumbled about not keeping pace with the generally advancing wealth in society. Many of them went out to work. Such strains broke apart many marriages.

Whitehead comments that "after the mid-1960s, divorce ceased to be defined as a problem" (45). Instead it became "harnessed to new ambitions and purposes," themselves linked to a psychological revolution in which psychology dominated many areas of life that had previously been beneficiaries of religious insight. With ever-rising material affluence, and having little need to worry about physical sustenance, men and women focused on the satisfaction of their internal needs. For an increasing number of them, marriage did not fulfill psychologically.

This psychological hothouse germinated what Whitehead calls the "expressive divorce." Divorce, in effect, became a tool by which one could express one's individuality and one's desire to be free from the obligations inherent in married family life. Attitudes toward the divorced mother changed. Once, she was viewed as someone to be pitied because of the tough row she had to hoe to raise children and keep a job. Then, for many reasons, feminism being one of them, this attitude rapidly transformed. The single mother became the hardy soul who had courageously freed herself from marital restrictions so that she could pursue new opportunities to improve herself and to develop new competencies.

In effect divorce was now a means to personal inner growth and maturity. The old external, economic, reasons for divorce were effectively erased in favour of personal growth and development. More fundamentally, expressive divorce was merely the surface waves, the visible part, of a sea-change from an ethic of obligation to others to an obligation to the self. The unfettered self eclipsed the obligated self.

There are, however, no winners in this development—a fact made abundantly clear by these books. The deadliest corrosion is experienced by the children, especially, but not exclusively, the young ones. Stanton quotes study after study that demonstrate children carry the wounds of divorce for the rest of their lives, often profoundly crippling them even in their mature, adult years.

By every measurement, children from broken homes lag behind the performance of children from two-parent, biological families. Crime rates are highest among single-parent children. Children from mother-only families suffer "a significant deficit of social skills, and a larger proportion of boys from these families were incarcerated" (Stanton, 112). Girls from families without their biological fathers, and looking for male affection to safely affirm their developing sexuality, turn to having babies with much greater frequency than do girls from intact families.

Stanton shows that whereas once poverty resulted primarily from unemployment and low wages now it results increasingly from broken families. From 1950 to 1970, child-poverty rates decreased steadily. They leveled off through the 1980s and then began to increase until now the majority of poor families are one-parent families. The author of one study explains: "The root of the problem is the increased percentage of children who have only one adult in their household" (Stanton, 117). And since the majority of these households are headed by mothers, we have what many have called "the feminization of poverty."

Nothing about divorce is healthy. Statistics against divorce are overwhelming. They prove that divorce has debilitating, corrosive, impacts on the children, the parents, and society at large. The courts and police are now involved in what used to be the mundane minutiae of private family life. Courts regulate with surprising detail the visiting rights of parents with children. The police are called to enforce these complex arrangements. In no way can any of this be construed as healthy.

The effects of the divorce ethos are extremely harmful and corruptive of society and the workplace. In society, the divorce ethos has expanded the state's involvement in previously private family life. State agencies are rapidly developing a taste for further interference in the family. Look at what is being proposed regarding state-sanctioned rules for parental discipline of children.

In the workplace, the pressure is to provide more child-care services. Divorce is not the only reason for this (the rise of two-wage-earner families being another), but it is a significant contributor. Divorce also effects the manner and quality of the work people do, especially when the split is a nasty one. Studies show that divorced fathers subsequent to their separation do poorly at work because they no longer have the drive to get ahead and to provide for their families.

More widely still, commitments, if made at all, are frequently broken or circumvented so that a person's choice remains unfettered in pursuit of what's good for me, now. The integrity of bonds (all bonds, not just marital ones) is undermined. It isn't healthy for a society to have children growing up with a host of "parents" and countless "siblings." Children develop a wariness of relationships; they see them to be temporary. How can our society survive such wariness, such cynicism?

What can be done? Nothing dramatic, that's for sure. The road to recovery is probably through inch-by-inch gains. Whitehead recommends that we (as individuals and as a society) first "change the way we think about the meaning and purpose of divorce." Divorce is not a good route to personal growth, but the worst.

Second, she recommends we begin to treat divorce as a morally and socially consequential event. Everyone is hurt; no one escapes.

Next, we should create a "sustained effort to strengthen marriage bonds and to create a social and cultural environment supportive of the commitment to marriage." Those committed to marriage must not be shy about standing up in support of maintaining that institution, especially when it is under attack and its supporters are caricatured as Victorian throwbacks. This often requires courage, as does the pursuit of anything worthwhile. But, the statistics are on the right side.

The death of marriage is a serious concern for everyone, now and in the future. There are always legitimate reasons for divorce: physical violence, sexual abuse of children, and other reasons. But these have nothing to do with the situation we now face in which "divorce is not simply a legal mechanism for dissolving marriages but a social and cultural force that opportunistically reproduces itself everywhere"—like a cancer in the social body (Whitehead, 182). We must not, we can not, give in to this spreading cancer. There is hope because "our civic and religious traditions," concludes Whitehead, "offer a vision of the obligated self, voluntarily bound to a set of roles, duties, and responsibilities, and of a nation where sacrifice for the next generation guides adult ambitions and purposes and where wholeness of self is found in service and commitment to others" (195). 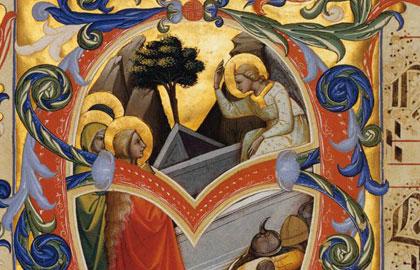 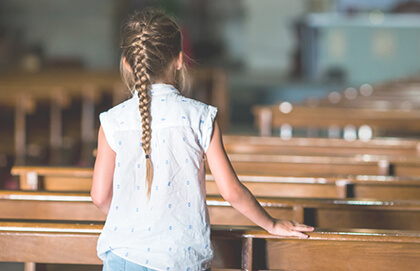 Selling our Birthright for a Quiet Pew