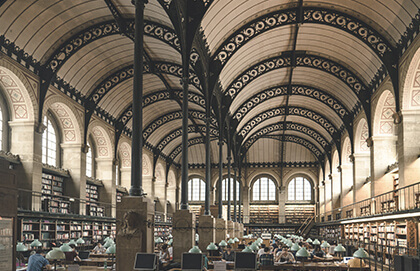 Does a Liberal Education Still Have Value?

In encouraging us to think through to, and above, the first principles of our disciplines, the nature of liberal arts provides its greatest "value" for society and economy.

The recession has renewed our attention to the number of liberal arts graduates from universities and the difficulty they often encounter in finding work that matches their skill sets. There are numerous stories of English or History majors who have to work in low-paying jobs because their skills simply do not match the needs of employers with higher-paying jobs. Conversely, employers in Canada's energy sector and even in its struggling manufacturing sector regularly complain they have difficulty finding workers with necessary skill sets to fill their job openings. It seems that Canadian higher education needs to be geared more toward producing workers with strong vocational skills than the ability to write essays on Virginia Woolf or Plato's metaphysics.

As pressing as these concerns are to us now, the debate between the liberal arts and the "worker bees" has been around since the days of Socrates. The exemplar of the liberal arts, Socrates, was viewed by the Athenians as a parasitic lay-about that is, when he was not undermining the allegiance of Athenian youths to the laws of Athens. He embodied the liberal arts by not getting paid for his work not because he was lazy, but because knowledge is first and foremost for its own sake, not for its utility. To reverse these is to forget that the liberal arts enable one to be free (liber).

It is significant, then, that artisans were among the accusers who eventually condemned Socrates. However, Socrates frequented the company of artisans and actually preferred their company to the politicians and the poets, because at least the artisans knew something. They provided a kind of model of knowing about things, whether shoe-making, house-building, or horse-training. The politicians and poets offered only obfuscations.

Socrates also admired and emulated the common sense of the artisans. His philosophizing frequently referred to everyday practices of the artisans (like shoe-making and horse-training). There is no technical jargon or terminology to memorize. Philosophy is about existence, not concepts. Moreover, while Socrates leads his interlocutors along circuitous arguments that frequently end in absurdities, he constantly appeals to his interlocutors' common sense by asking, "Is this so?" There are no appeals to expert and specialized knowledge. Indeed, one can detect that when Socrates leads his interlocutors to absurd conclusions, it is because that interlocutor began his inquiry from an absurd premise or starting point.

Even so, one should not exaggerate the wisdom of the artisans. Socrates complains that the artisans had a way of assuming their expertise in their particular art gave them expertise on all human things, including justice and virtue. Being an artisan in the ancient world, or really any time before the industrial revolution, meant rigorous intellectual and creative work because it involved the planning, building, and completion of an artifact.

This pre-industrial artisan differs greatly from the modern industrial worker envisaged by Adam Smith, whose skill set was so specialized and miniscule as to render him blind to all other parts of production. Indeed, Smith worried that the industrial revolution would render workers idiotic in the original sense of leading only private lives, and being blind to the common, public world we share with others because their narrow work habits would render them incapable also of being active citizens. As Matthew Crawford observes in his meditation on work in the current economy, Shop Class as Soulcraft, it was for this reason that the carriage builders of the early twentieth-century strongly objected to Henry Ford's methods of mass-producing automobiles. They understood that the new modes of production undermined the intellectual rigour of their work.

This is where the debate between liberal arts and "worker bees" becomes relevant. The "worker bee" who argues for the priority of vocational training assumes a model of learning whereby workers receive training in specific methods that they then learn to apply. Without "worker bees" or "first dollar earners," as resource-extracting workers in western Canada get called nothing gets done. Their proudly humble work is the backbone of the economy and of our modern way of life. This claim is the modern equivalent of the ancient Athenian shoe-maker who believes his expertise makes him expert in all human things. Yet, the range of knowing for the "worker bee" remains restricted because it is vocational.

As Canadians are currently witnessing in international debates over Alberta's oilsands, the products produced by "worker bees" do not sell themselves. They need teams of advertisers and communications specialists to convince people to buy their products. They even need people to make moral arguments for their products. Thus, even economic products require the liberal arts, at various levels of sophistication and insight, to get sold, bought, and exchanged.

Yet the utility of liberal arts transcends merely filling public relations departments of oilsands producers. The liberal arts are not just humanities they include the sciences. Leo Strauss defined the liberal arts as "studying with proper care the great books which the greatest minds have left behind"; it is a prelude to the life of philosophy. This includes reading not just Plato and Shakespeare, but also Euclid, Galileo, Newton, and Einstein. It includes reading the masters of the great disciplines of human learning. This approach to learning does not merely provide historical knowledge of what certain thinkers thought about democracy, geometry, matter, and so on. Rather, what makes one a master of human learning, and what makes a book great, is that the master takes the reader up a chain of argumentation into the first principles of that discipline. One might say a great thinker changes the paradigm but he can only do this by thinking through the first principles of his discipline.

Someone habituated in the liberal arts "thinks outside the box" by having the capacity to think above the givens of his or her own discipline. This is the difference between a great text of the liberal arts, and a textbook, which is the locus of learning for vocational learning, whether for an applied subject (like engineering) or for a subject studied for its own sake (like physics).

For instance, a textbook in elementary physics will typically begin with a discussion of velocity as a compounded of space, S, and time, T. However, this already presumes much. In her book Paradoxes of Education in a Republic, Eva Brann, former dean of St. John's College, a great books college in Annapolis, Maryland, explains as she surveys a selection of college physics textbooks:

Each [textbook] uses, from the very beginning, the first dimensionally secondary quantity of the science of motion, namely, velocity . . . Thus I observe that all four books begin past the point where naïve questions might be asked. Yet who understands without reflection how the time, how the place in which we live and have our being, can be transmogrified into mere magnitudes capable of entering into a ratio, and how those magnitudes have in turn been transformed into quantities able to constitute a rational number? All such questions are regarded in textbooks outside of actual physics . . . But considered they must be, for our problematic modernity is the residue of such transformations.

University physics is "higher" than vocational engineering, because it considers how things work before putting things to use. Our age is a testament to the creative ingenuity of physicists and other theoretical scientists who, each day, make new discoveries, but also challenge the assumptions of their own discipline and thereby push it further.

The nature of the liberal arts, in encouraging us to think through to, and above, the first principles of our disciplines, provides it with its greatest "value" for society and economy. And that includes, strangely, the thought that the liberal arts must have a value. While the great texts of mathematics and sciences are included in the canon, the prominence of political thought, philosophy, and literature in a liberal arts curriculum explains its importance for human beings as moral and political beings. Reading texts of Plato or Shakespeare is an exercise in thinking morally and politically: thinking morally because they teach us how to reflect on the nature of the virtues and the good life; thinking politically because they teach us how our individual decisions and lives relate to the lives of others.

A genuine liberal arts education, therefore, habituates students into thinking through and above the first principles of different disciplines whether ethics, politics, physics, or mathematics, not to mention philosophy. It is the paradigm of "creative destruction" because it inculcates habits of restless questioning: how does this work? Can we do better? How shall we live? Can we live better? Do our modes of production facilitate our living well? What is the difference between living and living well? A society lacking in the habit of asking these questions will be neither liberally educated, nor economically creative. Is it any wonder that Canada is not exactly known as a world-leader in either the liberal arts or in economic research and development, whereas the United States is?

Hannah Arendt once referred to these habits as "thinking without banisters," which is apt. A liberally educated individual can think critically about the human good because she is practiced in dialectical thinking and acting. She is grounded, but not so much that she is too set in her ways. These habits also make her a valuable worker, whether her background is Shakespeare or particle physics.

Ultimately, the value of a liberal arts education is that, because it is grounded in the quest for knowledge for its own sake, it is above value. Someone with a background in the liberal arts has learned not only to think through and above the first principles of her discipline, but the sense of freedom she has cultivated enables her to adapt quickly to new modes of thinking about her discipline and to move into others. She is not a jack-of-all-trades and master of nothing because she has indeed mastered her discipline, and is grounded in her knowledge and skills. She has become a better artisan than the artisans themselves.

Admittedly, it is rare for a liberal arts graduate to rise up to this standard. But this is the standard of liberal education, and debate over its value in today's economy needs to be clear about it. 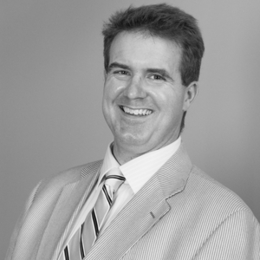 John von Heyking is Professor of Political Science at the University of Lethbridge, in Alberta, Canada, where he teaches political philosophy and religion and politics. He is author of Augustine and Politics as Longing in the World (2001), and coeditor of Friendship and Politics: Essays in Political Thought (2008) and Civil Religion in Political Thought (2010), as well as two volumes of The Collected Works of Eric Voegelin. The topics of his scholarly articles include friendship, cosmopolitanism, liberal education, multiculturalism, empire, civil religion, political representation, citizenship, republicanism, just war, Islamic political thought, leadership, America as symbol, and religious liberty in Canada. His editorials have appeared in the Globe and Mail (Toronto), Calgary Herald, C2C: Canada's Journal of Ideas, and Comment. He was the 2010 Hill Lecturer and is currently president of Civitas, "a society where ideas meet." He is currently at work on a book-length study on the political significance of friendship.

How SHOULD we teach art?

How three art professors at Christian colleges seek the right mix of studio, history, theory and the other elements of teaching art.

Arts and Letters Daily is Dead