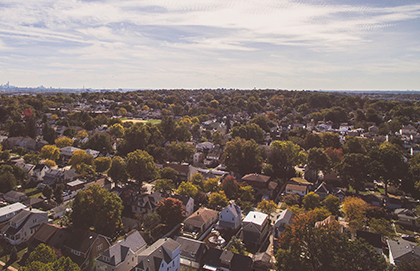 A caution for reactionary liberals who hear “theocracy” whenever Christians talk about “the kingdom.”

It’s still jarring to see the name of a nineteenth-century Dutch Reformed theologian getting semi-regular mention in the pages of the New York Times and other outlets of elite opinion. But every several weeks, it seems, Abraham Kuyper’s name is invoked in profiles of Secretary of Education Betsy DeVos and other Christians involved in government who look to the statesman as a model and influence. But almost invariably, I don’t recognize the Kuyper these columnists are worried about.

A recent example is Katherine Stewart’s caution about the rise of a “Christian nationalism” in the United States. I share Stewart’s concern about a worrisome nativism being baptized as “Christian.” And I share her concern about legislative agendas that look like reactionary power plays to “take back” America. But I’m equally concerned about her inability to make important distinctions that are germane to our public life. In this respect, Stewart’s confusion is common. When it comes to understanding religiously motivated actors, coastal outlets like the New Yorker and Harper’s tend to be lumpers rather than splitters. The result is an imposed homogenization that not only fails to understand why people do what they do but also distorts and misconstrues their motives and actions.

So “worldview” isn’t code for repristinating the Christendom of the Middle Ages.

I’d like to try to sift out a couple of key theological concepts they collapse and confuse.

It seems that Stewart, like other journalists, is trying to understand a language that is not her own. Like any of us in cross-cultural situations, we struggle to appreciate the nuance, idioms, and clichés of the other language. Stewart and others lump together three terms as if they were part of one package: “worldview,” “dominion,” and “kingdom.” As a result, she confuses the “Dominionism” of a David Barton with the Christian political endeavour of an Abraham Kuyper. We should rightly worry about Barton and his ilk; I’d like to try to allay concerns about Kuyperians.

When Kuyper and others in the Reformed tradition talk about “worldview,” what they mean to emphasize is that everyone’s take on the world is informed by some faith, some confessional standpoint. We’re all believers of something, we all entrust ourselves to some ultimate story—whether it’s the bright light of scientific, capital-r Reason or trust in a revelation bequeathed to us.

In this sense, the “worldview” claim is inherently pluralist: the point is that everyone sees the world through the lens of some faith. Kuyper’s point is much like that of Thomas Kuhn, the philosopher of science who introduced the language of “paradigms” into our popular vocabulary. Our observation of the world is filtered, as it were, through beliefs and commitments that shape how we see it. Better to be honest about my commitments than pretend I’m operating without them. Indeed, twenty-five years ago in the London Review of Books, Malcolm Bull suggested Kuyper was the first postmodernist. So “worldview” isn’t code for repristinating the Christendom of the Middle Ages.

But the word that really seems to send shivers up the backs of progressives is talk of “the kingdom.” And this is especially alarming when it is appended to one of Kuyper’s most famous quotes (often taken out of context): “There is not a square inch in the whole domain of our human existence over which Christ, who is Sovereign over all, does not cry, ‘Mine!’”

The biblical narrative includes a very important temporal pause button that the Dominionists ignore: we await the kingdom, we don’t impose it.

Because this language is so familiar to me, and because I am decidedly not a Dominionist, I’ve long been puzzled why it generates such panic in some of my neighbours. I think I’m starting to understand why. So I want to try to step into this worry and see if I can explain why it’s a misunderstanding.

First, we should note that the language of “the kingdom” is all over the Bible, including the New Testament. Indeed, it is at the heart of the Lord’s Prayer: “Thy kingdom come, thy will be done.” This is not a term from the radical fringe. This is prayed by progressive Episcopalians every week.

Second, this biblical language of the kingdom should rightfully give us some pause. It’s a reminder that Christianity is not just some privatized message of soul-rescue that we can comfortably fence off as “personal piety.” As a liberal like Richard Rorty attests, the New Testament is best read as a parallel to the Communist Manifesto, not an ancient version of Eat, Pray, Love. So I don’t mean to say liberals have nothing to worry about because the gospel is comfortably apolitical. Jesus is a King, after all. (The trick is to not confuse him with earthly princes.)

But here’s where the Dominionists and Kuyper part ways, and it requires wading into some of the weeds of theology to get the difference. It hinges on a proper understanding of “eschatology,” the doctrine of last things. Dominionists like Barton mistakenly think it’s their job to impose the kingdom here and now, whereas Kuyper, like most orthodox Christians, understands that the kingdom is something we await. Every time we pray “Thy kingdom come,” we are reminded it hasn’t arrived yet.

Now, this doesn’t mean kingdom language has no bite. Rather, here’s where we need to reconnect the concept of “worldview” and “kingdom.” And this will mean pushing back on reactionary liberal alarmism about any religious motivation in the public square.

To say that everyone works from a “worldview” is to point out that everyone’s take on the world—how we understand the good life or human flourishing or the ideals for a society—are rooted and grounded in some story we believe about ourselves. There are many, competing stories about that, and the Enlightenment narrative is one worldview among others (which usually pretends it’s just “the way things are”). These orientating narratives and governing myths are the source of norms for what we think is the goal and good of society. There are differing worldviews, but there is no standpoint outside of a worldview. So when we debate matters of policy, we are all coming at it from some confessional “take” on what it is to be human.

Now anyone who accepts that the Bible is a revelation from God—and that’s not just Christian fundamentalists, by the way—believes that in the Scriptures we have insight into norms for human flourishing, for well-ordered societies, including exhortation to care especially for the vulnerable and marginalized, those the Hebrew prophets constantly identify as the widow, the orphan, the alien. And because the biblical narrative compels us to be involved in public life, we believe one of the ways we can love our neighbours is by hoping to shape policy and law in ways that reflect these norms for human flourishing.

But the arc of the biblical narrative includes a very important temporal pause button that the Dominionists ignore: we await the kingdom, we don’t impose it. In the meantime of our waiting, we hope to bear witness to our neighbours about these truths. Just as our Enlightened interlocutors hope to persuade us, so we hope to persuade others—not so we can “win” or “take over” or “have dominion” but because we believe these truths are gifts of insight into common human concern. We bring these insights to the table of public debate as a proposal to consider, not a fiat to be imposed. We hope to change things, but we see democracy as a gift for the saeculum and understand we need to persuade our neighbours. The biblical narrative teaches us to expect pluralism and difference in the meantime.

That Dominionists sometimes invoke Kuyper is an indicator of their own poor understanding, not Kuyper’s support for their project. Indeed, it’s not only ironic but completely backward to invoke Kuyper as someone who would demolish the distinction between church and state. In fact, he spent half his life criticizing state-church complicity and arguing for a crucial distinction between these spheres. When Dominionists try to enlist Kuyper, it only shows they haven’t read him. Why would journalists worried about Dominionism repeat their error? 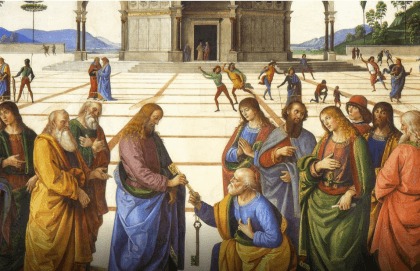 Not Trained By Angels

MINE! Kuyper for a new century