Those of us a little further down the road know that we could do nothing better than pour ourselves into this task, for the young come to the world with wonder, feel intensely the heartbreak of its brokenness, and still manage to muster kingdom-sized hope. We need that gift from you and are grateful for your inspiration. So we hope a younger generation will also receive these as love letters of a sort, our little way of inviting you to love God's world.

Every article is a letter, every essay a kind of missive, dispatched by a sender (the author) to some imagined addressee (the reader). But the epistolary form intensifies this structure—what Jacques Derrida described as the "postal" nature of writing—for the letter is a bit of writing situated within a context of intimacy, where the writer's imagination is channeled and focused. The letter comes with permission and possibilities that are unique to the genre: inside jokes, pointed criticisms, a bit of tittering gossip, jarring admissions, rambling apologies.

This is why reading the correspondence of others is not unlike reading Augustine's Confessions. In the Confessions, we're allowed to listen in on Augustine's long prayer to God—though you get the sense that he already knows we're listening over his shoulder. The published correspondence of notable figures has some of the same dynamics: on the one hand, it's a peek into previously private worlds, a glimpse behind the curtain; on the other hand, we sometimes get the sense that the writer was secretly hoping the letter would have wider audiences, the addressee a catalyst and occasion for writing that hopes to find collateral readers (think of Martin Luther King, Jr.'s "Letter from a Birmingham Jail," ostensibly addressed to eight clergymen in Alabama but meant to be read by a nation).

And who doesn't love reading such letters? Some of us, already devoted to an author, welcome the publication of the correspondence as another way to gobble up the treasures of the author's prose. At other times we're interested in an exchange of letters as a way to understand the background and context of a political movement or a historic event. Or a collection of letters might give us private insight into the workaday world of public figures, or allow us to glimpse the mundane, domestic concerns of someone famous for a different public persona. Sometimes we think we knew someone until we read their correspondence.

Some of the most treasured volumes in my library are collections of letters and correspondence. Indeed, some of these books have been inordinately important for shaping my work. For example: it was not until I read Augustine's letters that I really knew how to read his philosophical and theological treatises. For in the letters (and sermons, I should add) we get the full picture of Augustine's own self-understanding: he was a bishop and a pastor, not some tenured philosopher musing in an ivory tower. In the letters we see him dealing with the nitty-gritty duties of pastoral and political life, which then recontextualizes the standard canon of his writings. I wouldn't know how to read Augustine well if I'd never read his letters.

Other volumes of letters sit here on the shelf nearby and remind me of their role in my intellectual formation: Edmund Wilson's Letters on Literature and Politics birthed in me a dream of being a "critic"; The Letters of Oscar Wilde provided a glimpse through the glib aphorist's veneer and into a complicated soul; John Ruskin's Fors Clavigera animated my social vision beyond left or right; and The Correspondence of Shelby Foote and Walker Percy pretty much saved my life during a time of intense grieving. As you can tell, I'm a big fan of letters.

So the epistle endures. This should come as no surprise for Christians. While we are often described as a people of the book, an important chunk of that book is a collection of letters. Indeed, Christianity is unique in ascribing divine authority to human correspondence. While the form may vary—from postcards to email to Facebook messages—there is a genius and power unique to the epistle.

This issue of Comment seeks to harness and leverage that genius and power by invoking a genre within the genre, as it were. Rainer Maria Rilke's Letters to a Young Poet spawned a unique epistolary form: apprenticeship by correspondence. Rilke, the senior, accomplished poet, writes to an inquiring novice who is hungry for guidance, advice, expertise, and criticism. The result is a series of letters that crystallizes a master/apprentice relationship, the wisdom of age leading and channeling the eagerness of youth. The tone is pedagogical and pastoral, even when it is critical and firm. In many ways, Rilke's letters are reports from the front, a reconnaissance report from someone who's already ventured further down the road. This has become a template for a number of different books, such as George Weigel's Letters to a Young Catholic or Christopher Hitchens' Letters to a Young Contrarian, both of which influenced my own work on Letters to a Young Calvinist.

All of these books crystallize a sensibility that might seem countercultural: that the young have something to learn, and that their elders are a source of wisdom. We should not discount how much our wider culture implicitly rejects this, we who live in the wake of the "don't-trust-anyone-over-thirty" generation. That chronological snobbery and generational arrogance has seeped into our bones and infiltrated the DNA of our institutions.

This issue of Comment will counter that trend by remembering classical wisdom: that if we are to realize our vocations and cultivate our gifts, we need to apprentice ourselves to masters and submit to the wisdom of a tradition. Of course, central to Comment's vision is an appreciation that God calls us to a range of vocations and cultural tasks, all of which can be ways for us to cultivate different corners of God's good creation. So here you will find letters not just to a young pastor and parents, but also letters to a young farmer, architect, and philosopher, and many more. Each letter is penned with the conviction that the Lordship of Jesus Christ and the wisdom of the Word have something to say about how we'll pursue those vocations well, for the glory of God and the flourishing of creation. They are also animated by the conviction that good culture-makers are not born, they're made—they are formed and trained and equipped and directed.

Those of us a little further down the road know that we could do nothing better than pour ourselves into this task, for the young come to the world with wonder, feel intensely the heartbreak of its brokenness, and still manage to muster kingdom-sized hope. We need that gift from you and are grateful for your inspiration. So we hope a younger generation will also receive these as love letters of a sort, our little way of inviting you to love God's world. 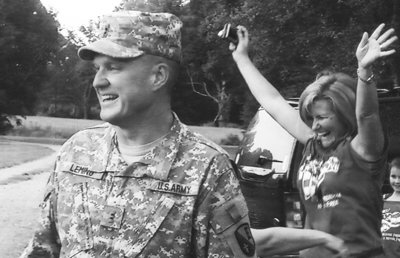 Change the World from Home: A Conversation with Rod Dreher