Editorial: Building on the Past

The millennial hoopla is over. January 1, 2000 came and went, and the world did not end. No one we know had any major difficulties with their computers. Our friends who bought emergency supplies now have well-stocked larders, and bottled water to excess. The founders of weird little millennialist sects are mailing their CV's to employment agencies. All the augurs of catastrophe have been proven wrong.

There are more reasons than the turn of the century or the advent of the new millennium for the WRF to consider its purposes and its motives. While the date passed without fanfare, June 10, 1999 was the WRF's silver jubilee. Twenty-five years have passed since our incorporation as a registered charitable organization in 1974.

What have we achieved over the course of this quarter of a century? Should we continue in the same direction over the next 25 years? What contribution should we have made by the time of our golden jubilee in 2024, provided we are still around? Will we still be faithful to our calling as a Christian organization?

Under the stewardship of our project director, Ray Pennings, the WRF has had three exceptionally good years since being awarded a significant grant by the Donner Canadian Foundation in 1996. We want to maintain the momentum gained during these years, which means continuing to do credible research and making a significant contribution to the public debate in our areas of concern, all from a winsomely but unabashedly Christian perspective. That, of course, will require proper funding.

But more important, it requires the right guidance. To guide the work of the Foundation, the Board of Directors of the WRF appointed Dr. Gideon Strauss as Research Director effective January 1, 2000. He will also serve as editor of WRF Comment.

Dr. Strauss is married to Angela, and they have two daughters, Tala (7) and Hannah (6). A native of South Africa, he pursued most of his education there at the University of the Orange Free State, in Bloemfontein. In 1989, he received an MA degree for a dissertation on "Christian Philosophy and the Transformation of African Culture" and in 1995 a PhD for a thesis on "The Ethics of Public Welfare."

From 1996 to1997, Dr. Strauss worked as an interpreter for the South African Truth and Reconciliation Commission under Archbishop emeritus Desmond Tutu. He has also worked in a government office, a small factory, an adventure equipment store, a university department of philosophy, and a small policy research unit.

After arriving in Canada on January 1, 1998, Dr. Strauss spent 18 months at Regent College in Vancouver doing further graduate studies. He began work as Research and Education Director for the Christian Labour Association of Canada in July 1999 and continues in this position. 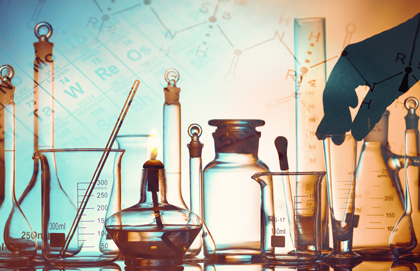 Letter to a Young Scientist

Science is not for the faint of heart.

'At the level of worldview': A Comment interview with Harry Antonides