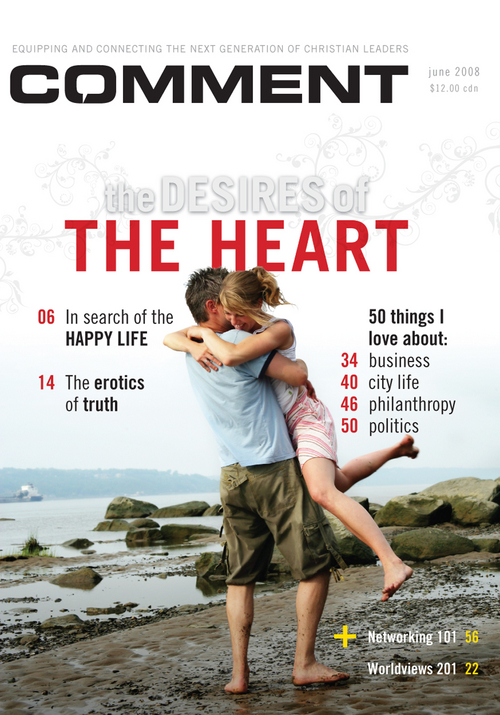 Inscription on a gravestone found in North Africa: 'I, a captain in the Roman legions, have thoroughly considered the following truth. There are only two things in life, love and power, and no one can have them both at once.'
—Adam Zagajewski, Another Beauty (2000)

We seem to be living in a moment of renewed interest in Augustine of Hippo, and much of that interest concerns his teaching on love. In this issue of Comment we illuminate that interest, directly in "In search of the happy life," by David Naugle, and "The erotics of truth, and other scandalous lessons from Augustine of Hippo," by James K.A. Smith, and also by virtue of Augustine's subtle, subterranean influence in several short articles on things people love.

Zagajewski's Roman captain is sadly mistaken. Not only are love and power not mutually exclusive, they are mutually dependent. Furthermore, they are equally dependent on a common source. In those hearts where either Venus or Vulcan reigns absolute, wreckage follows surely. But both love and the power to make the world are divine gifts, gaining their coherence and possible harmony from a common source.

Cultural power, writes Andy Crouch in his forthcoming (and much anticipated—pre-order your copy from Hearts & Minds Bookstore now!) Culture Making, is "the ability to successfully propose a new cultural good." Such power depends on the discernment of goods that are good, and on the cultivation of loves that enable such discernment.

Aichaku (ahy-chaw-koo) is the Japanese term for the sense of attachment one can feel for an artifact. When written by its two kanji characters, you can see that the first character means 'love' and the second one means 'fit.' 'Love-fit' describes a deeper kind of emotional attachment that a person can feel for an object. It is a kind of symbiotic love for an object that deserves affection not for what it does, but for what it is. Acknowledging the existence of aichakui in our built environment helps us to aspire to design artifacts that people will feel for, care for, and own for a lifetime (The Laws of Simplicity, 2006).

In this issue of Comment, we ask you to think thoughts with teachers of such loves, and such making. 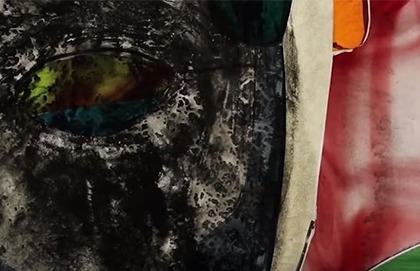 From Donors to Patrons: A Conversation