Editorial: Reading the Bible: The Story and finding our place in it

For my teenage imagination, informed by years of reading Tolkien, entering The Story was like laying down arms before a conqueror, changing sides in a furious war, finding peace in the service of the true king. It was less a choice than a surrender, less an achievement than a gift received.
by Gideon Strauss

In 1982, I was a teenage Buddhist and anarchist. I was also the seventh violinist in our local youth symphony orchestra (there are some very funny viola jokes . . .). To my surprise I was invited out to a Valentine's Day school dance by the leader of the orchestra (the girl who has since become the woman to whom I am married), and Angela and I started what I as an English-as-a-second-language speaker insisted on calling "a relationship." Three months later we were in the Green Market of Cape Town on an orchestra tour when Angela bought me a second-hand Good News New Testament from a used-books vending hippie. The cover had been taped back on a few times, and it was actually fourth-hand, not second-hand: three previous owners had written their names on the flyleaf. In the days that followed I read through the book as though it were a novel, using every spare moment and staying awake reading until I fell asleep with the book in my hands. I was like a man struck by lightning. For the first time, I truly heard The Story, and in the intersection of my story with The Story, things - all things - made sense. Long before I read Eugene Peterson's* Reversed Thunder: The Revelation of John & the Praying Imagination, I experienced what Peterson portrays as the effect of the apocalyptic ending of that Story (pp. 161, 163):

If we suppose (which many seem to) that salvation is a diploma that qualifies us for eternity, a diploma we can frame and hang on our bedroom wall, then we have it all wrong. It is battle. The moment we walk away from the Eucharist, having received the life of our Lord, we walk into Armageddon, where we exercise the strength of our Lord. [. . .]

In the apocalyptic perspective of St. John's vision, the vaunted pretensions of diabolic evil are brought to our surprised awareness in the forms of dragon, sea beast, and land beast, but at the end evil can only express itself in the comic ugliness of three frogs (Rev. 16: 13-14). [. . .]

By setting Armageddon before us as a vision of salvation, (St. John) prevents us from thoughtlessly reducing salvation to good behavior, supposing that the consequence of salvation is to make us nice, install good manners in everyone, and make us all docile consumers. It is difficult to see how people who read scripture for very long can come up with such a tame view of salvation. There is, of course, a great deal of ethical instruction in scripture, but the instruction is not the action; salvation . . . is the action, and the one prominent characteristic in this action is an aroused ferocity against evil. There is simply no margin left for misunderstanding salvation as an Ivy League honor code. "I am persuaded," says Bishop Aulen, at the end of his book Christus Victor, "that no form of Christian teaching has any future before it except such as can keep steadily in view the reality of evil that is in the world and go to meet the evil with a battle song of triumph."

When I put down that tired old paperback that Angela bought me, I entered a night of vigil. For my teenage imagination, informed by years of reading Tolkien, entering The Story was like laying down arms before a conqueror, changing sides in a furious war, finding peace in the service of the true king. It was less a choice than a surrender, less an achievement than a gift received.

As the existence of the cosmos, its creation and sustained being, the restraint of evil, and the renewal of all things is common grace, so my discovery of the meaning of all things, including the meaning of my life at the intersection of my story with The Story, was a personal grace. Personal grace only makes sense within the context of cosmic grace: God does not save us from or out of creation - the view of salvation as a disembodied soul at death entering an immaterial heaven is not true to The Story - we are saved for and with the cosmos, engaged for the time being in the battle against evil and the recovery of the goodness of things.

For me this means that I belong completely to God, not through my actions but through his, and that I live in a recovered relationship of trust with God, myself, other people, and earth and sky, stone and tree, wolf and whale. I am able to use created things with enjoyment and delight, I can join the battle against evil in my own heart and in the world around me, seeking to follow the Spirit of God in bringing healing to brokenness and setting hope against despair.

Telling this story, living within The Story, is the point.

Over the next few weeks and in a future paper edition Comment will explore the reading of the Bible for its comprehensive, personal, and public meaning. 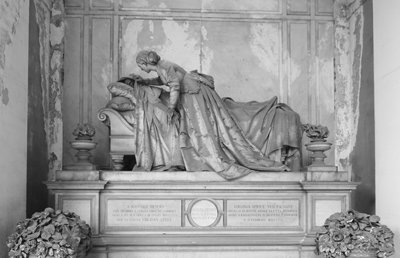 Mortals Telling Stories on the Threshold of Mystery

If we want a better medicine, we have to become better patients, and that means becoming better storytellers.

"I make up stories," which is probably easier to explain to nine-year-olds than to non-adolescents.