When money is tight, artists are generally told to redefine success.

Once again, I find myself sitting in a room filled with a select group of highly-proficient emerging and highly-prolific established artists and creative catalysts, discussing some of the prominent concerns facing artists and creatives. Part of me wants to be on the panel; part of me wishes I'd been invited as one of those "up and comers"; still another part of me wants to leave the room—in spite of all the hopeful talk and encouraging stories about how artists can be agents of grace and hope in culture, about how many have found success, despite the challenging times.

One man here—let's call him "The Sensei"—is someone I've known for many years. He has a propensity to ask the impossible question—the question to which one feels one really should have an answer, since the question seems simple, but for which one has no response because it is also unimaginably complicated. The impossible question he is raising now is one I have heard before. And every time I heard it, I felt no small sense of bewilderment—until today. Today, I have an answer.

Before I get to the question, I need to review how I went from confounded to clear.

Creativity thrives under constraints—whether self-imposed or environmental. Every artist worth his or her weight has experienced this phenomenon. When one is improvising music, nothing is more paralyzing than having every possible note, rhythm, and gesture equally permissible and available at every moment. However, the more the harmony, melody, and rhythm of the tune inform the possible improvisatory decisions, the freer the soloist will ultimately be.

This makes perfect sense when dealing with artistic constraints, and environmental ones as well: gravity, time, space, materials, and so on. But it's much more challenging when the constraints are financial. In theory, the creative solutions possible under exponentially-increasing artistic and environmental constraints seem limitless, but the same does not feel true when it is money that is constrained. When resources are insufficient to carry out even the most humble of artistic endeavours, it seems impossible for the endeavour to happen at all. And no amount of creativity gives the average artist (like me) confidence the project will succeed.

At this juncture, artists are generally told to redefine success. Or, in other words, define success as unwaveringly achievable before beginning the project, and thereby effectively eliminate the potential of failure. Build even failure into the creative endeavour's objectives as a possible measure of success: fail spectacularly, and therein succeed.

I support this approach and have employed it on many musical expeditions. And yet, it's insufficient for addressing the hopelessness of impending failure, marked by how hard it is to keep my bank account above zero.

Everyone defines success, to a greater or lesser degree, in monetary terms, even though we don't want to or we claim that it's irrelevant. Every work of art I make costs me, but few of them reimburse, let alone become profitable. This arrangement is tolerable for a time, but when I realize that this fiscal zero-sum not only is not generative, but also is entirely unsustainable and disadvantageous to life and happiness in contemporary North American society, I reach a breaking point. (Perhaps not the most eternal of concerns, yet one that weighs nonetheless.)

What is an artist to do? Well, because most artists understand the intangible necessity of art and creativity, they find a way, however modest and precarious. They guard the territory they have so painstakingly carved out for themselves and pine for a time when financial concerns might be moot. But all along the way there is fear that the day will never come. And every time a studio or classmate seems to be on the rise, there is some small amount of jealousy—at least, there is for me. The success of others only hastens my impending failure.

So as this panel before which I sit laments the lack of collaborative spirit in the large art studios and professional circles in which they move, I am having an metaphorical epiphany—or should I say, an epiphany that is a metaphor. A metaphor that succinctly and honestly describes how I feel on a regular basis, as a somewhat-emerging artist who has had to re-re-re-re-define success.

Midway through the cult comedy classic Office Space, an eccentric, hard-working character named Milton (brilliantly portrayed by Stephen Root) gets in line to receive a piece of cake to celebrate a co-worker's birthday. He's handed a piece, but just before he takes a bite, Milton is chastised: "Now, Milton, don't be greedy. Let's pass it along and make sure everyone gets a piece."

To which he, frustrated, replies, "But last time I didn't receive a piece. And I was told . . . " He continues to pass the cake until eventually everyone—but Milton—has cake. As he puts it, "The ratio of people to cake is too big."

(Note: The actual clip is substantially funnier than this synopsis.)

Like many artists who've heard laments about dwindling resources for the arts year after year, through high school, college, and beyond, I feel I am constantly being passed over. Cake is being handed out and I am unable to hold onto a piece despite my best efforts, and despite the fact that I know I am doing something right and good—something that matters. But, because I believe the cake is not infinite, I worry.

I worry that I am Milton.

It's funny how comforting a scene from Office Space is, and how it's helped contextualize a most difficult struggle. And though it hasn't given me a specific way to get resources, it has given me an answer to the Sensei's aforementioned impossible question.

So, when the Sensei asks, "If resources were unlimited, what would you do?" I knew. I would do everything exactly as I am doing it, except I would no longer worry whether or not there would be any cake left for me, once everyone else has a piece. 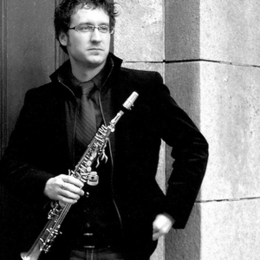 Kevin Gosa is a classically trained saxophonist (www.kevingosa.com) performing with a wide spectrum of artists. He is a contributing editor for The Curator, and Encounter and Technology Director for International Arts Movement. He occasionally publishes original poetry at The Versery, and blogs weekly for Patrol Magazine.

The Craft of Machine Design

Making the most of college: looking at paintings