While liberation and democracy movements require many willing to put themselves, their lives, and their families on the line, those who are the face and voice of these movements—Nelson Mandela, Aung San Suu Kyi—face perhaps the greatest test of leadership.

I was sitting in a conference room at a historic English chateau when I heard that Nelson Mandela was being released and the African National Congress unbanned. Two of the men sitting in the conference room began to cry; they were black South Africans who had not been allowed to go back to South Africa for 25 years.

It was a sobering moment for a 29-year-old white Canadian. I took the rights to vote, hold a passport, and own property for granted.

Fast-forward to 2010. Aung San Suu Kyi, head of the pro-democracy movement in Burma, was released, and I first saw the news on Facebook (where else?). There are striking similarities between Mandela and Suu Kyi, but the differences may spell trouble for Suu Kyi.

Both have won the coveted Nobel Peace Prize, Mandela in 1993 and Suu Kyi in 1991. Here is the first difference: Mandela got to attend his award ceremony. Suu Kyi was under house arrest in Burma.

Both spent years imprisoned. Mandela spent more than 25 years in the infamous Robben Island prison, where the apartheid government in South Africa imprisoned political prisoners. Suu Kyi has spent most of the last 20 years in detention, mostly under house arrest, meaning that she was not permitted to leave her house nor have visitors.

Both came out of prison speaking words of reconciliation. This was one of Mandela's most impressive aspects. After 25 years of breaking up rocks in prison, he came out without hatred. He negotiated with De Klerk's National Party in South Africa's first multi-racial elections. Mandela himself was elected the first black President in 1994.

Following Mandela's election, he set up the Truth and Reconciliation Commission to bring peace and reconciliation to a country deeply divided by apartheid. Mandela defied prevailing norms of international law by giving the TRC power to grant amnesty to those who publicly confessed crimes. The TRC became a model for 18 other such commissions around the world, although none have been as successful.

Suu Kyi, in her first public speech after being released, proclaimed, "I have too much to do to harbour any hatred." She said that she did not hold any grudge against those who kept her under house arrest. She spoke of reconciliation and liberation from oppression. She spoke of democratic political change.

Both Mandela and Suu Kyi garnered global support for their release. This means the world watched after their releases as well. In fact, the amount of media coverage of Suu Kyi is surprising, as the Burmese regime is known for restricting the media.

But the timing and circumstances of Suu Kyi's release are not as auspicious as those of Mandela. P.W. De Klerk was President of South Africa at the time. He had been democratically elected, although only white persons could vote. Many contested the legitimacy of the South African regime at the time, and the country was riddled with violence. However, De Klerk was not a military dictator.

In Burma, on the other hand, a military government has been in power since 1962. There were free elections held in 1990, and Suu Kyi's party won, but the military refused to step down. After anti-government protests in 2007, the military regime promised elections by 2010. Not surprisingly, Suu Kyi was released after the elections, which are widely said to have been fraudulent.

Violence erupted during the election and thousands of Burmese, particularly ethnic minorities, fled to Thailand. The military regime used the violence as an excuse to close down voting in these areas.

Suu Kyi has already filed papers in the High Court asking for her political party to be re-instated after the military regime de-registered it. She is taking the legal route to reconciliation.

Suu Kyi has announced that she is ready, willing, and able to negotiate with the government. But this is the very government that has detained her and attempted to assassinate her. It will only be the eyes of the world that will protect her in uncertain times. That, and the power of prayer.

While liberation and democracy movements require many willing to put themselves, their lives, and their families on the line, those who are the face and voice of the movements are truly impressive. So much is expected of them, and their every move and word is scrutinized.

It is, perhaps, the greatest test of leadership.

It is interesting that great biblical leaders (Moses and David come to mind) were tested under adverse circumstances before they assumed leadership. Moses was banished and tended flocks in the desert for 40 years. David was hounded and harried by Saul, who was trying to kill him. These testing times strengthen and humble leaders.

And years in jail or house arrest have done the same to Mandela and Suu Kyi. Both emerged from incarceration frail but humble. Neither harboured hate. Both continued to show extraordinary leadership.

Natural disasters and "acts of God" 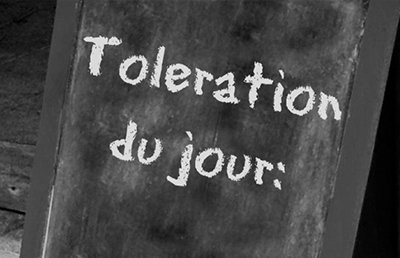 How tolerant is liberal toleration?