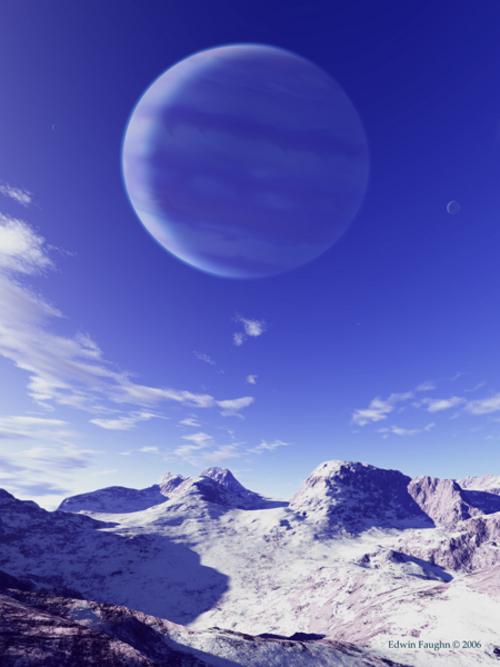 When we look at the stars at night we are not just seeing points of light but physical places in the vastness of the heavens. We are a small part of a universe that is beyond anything we can even begin to comprehend.

In Job 26:14 we read, "Indeed these are the mere edges of His ways, and how small a whisper we hear of Him! But the thunder of His power who can understand?" In Psalms 8:3-4, we are also reminded, "When I consider Your heavens the work of Your fingers the moon and stars You have set in place, what is man that You are mindful of him, the son of man that You care for him?"

As of today over 400 new planets have been discovered orbiting other stars in our galaxy. In this piece I have depicted a gas giant planet as viewed from one of its orbiting moons. The foreground moon has a substantial atmosphere that is rich in nitrogen and oxygen which gives it a bluish color. The parent star is out of the field of view to the upper left. Two other crescent moons can be seen parallel to the equator of the giant planet. This piece was recently featured on the cover of the Planetary Society magazine which is the largest space interest group in the world. 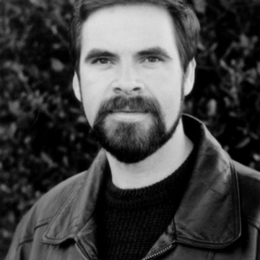 Edwin Faughn is an artist and lecturer specializing in space sciences. His work has been featured in and on the covers of numerous space science magazines, exhibitions and planetarium productions such as Scientific American and the world premier of Titanic: The Exhibition. Over the past 25 years he has presented hundreds of lectures to diverse audiences in schools, universities, museums, aviation firms, churches and other faith based and civic organizations. He is the assistant director of Rainwater Observatory in French Camp, Mississippi.