How striking to hear a well-known Chinese intellectual insist that the Christianity he saw in the villages of Yunnan, in rugged southwest China, is now as indigenous as the region's famous buckwheat cakes. 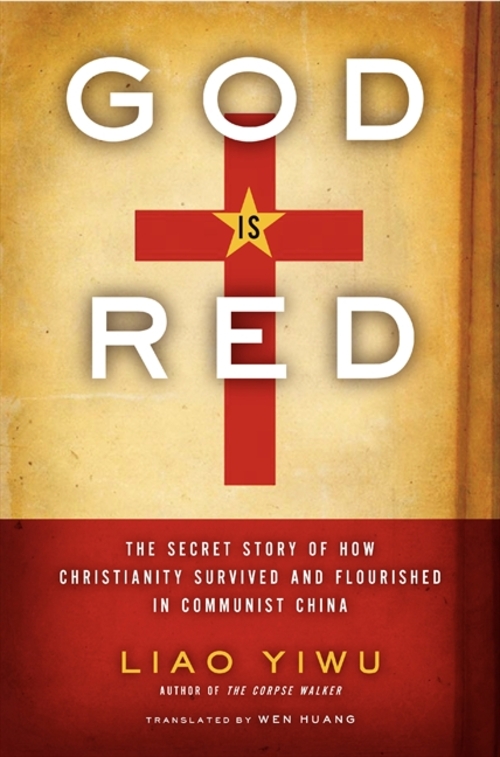 Christianity has been in China for a very long time, since perhaps the seventh century when traders brought it with them down the Silk Road. Yet the most common Chinese response to Christianity has been that it is a foreign religion, an imposition from the outside to be viewed with suspicion. Furthermore, conventional wisdom is that the modern Chinese are not very interested in religion. But recent surveys show that more than 30 percent of Chinese people aged 16 and older have religious beliefs. Given recent Chinese political history, which has featured the promotion of atheism and the suppression of religion, this is very surprising news. It confirms what careful students of religion in China have been saying for 25 years—there is a major revival of religious interest in the country. Buddhism, Daoism, Islam, and Catholic and Protestant Christianity all appear to be growing.

How striking, then, to hear a well-known Chinese intellectual insist that the Christianity he saw in the villages of Yunnan, in rugged southwest China, is now as indigenous as the region's famous buckwheat cakes. That is what Liao Yiwu claims in his new book, God is Red: Christianity is now deeply rooted in China. It is there to stay.

Liao Yiwu is a celebrated journalist, poet, and fierce critic of China's rulers. He was jailed for four years following the Tiananmen Square uprising in 1989, and he has been in trouble with the government intermittently since then. He left China in 2011. Liao's earlier book, The Corpse Walker: Real Life Stories, China from the Bottom Up (2008), is about people living on the margins of Chinese society—street vendors, beggars, prostitutes, and migrant workers. As Liao played his flute on the street, he saw the human parade each day, and he interviewed people. He has spent half his life, he says, "capturing extraordinary stories from ordinary people" (xvi). Think of Studs Terkel or a radical roving minstrel such as Pete Seeger or Woody Guthrie. Liao is subversive (Chinese government officials insist) because his stories are critical of socialism. God Is Red, which Chinese authorities banned from publication, recounts some of the most remarkable stories Liao says he has ever heard.

Liao interviews Chinese Christians, mostly in Yunnan Province, who saw fellow believers executed and who endured beatings, public humiliation, prison, and hard labour camps rather than disown Jesus Christ, their Lord and Saviour. The problem was that China already had a lord and saviour: Mao Zedong, who ruled China through the Communist Party for more than a quarter century. Mao was by no means the first Chinese ruler to establish a sacred persona and to brand other faiths as subversive, but as this book makes clear, the persecution of Christians in China during the 1950s, 1960s, and 1970s was very intense. Government officials tried to purge the nation of foreign imperialist influence and anti-revolutionary ideologies. They especially targeted the middle class of "landlords" and small-business proprietors—and the Christians. The favoured methods were public accusations, confessions, denunciations, beatings, and sometimes the execution of well-known local leaders. Christian pastors and evangelists were frequent victims. Liao's interviewees were astonished, they said, at how quickly their friendly neighbours became an angry, hateful mob, spitting on them and screaming for their death.

Wu Yongsheng, an elder in a Three Self Protestant church in Dali, the old capital of the Bai ethnic group in Yunnan, recalled the Red Guard's actions during the Cultural Revolution (1966-1976), a turbulent time of radical purges all over China.

Our home was ransacked, we were interrogated. They put dunce caps on us and paraded us through the streets. They burned our precious collections of biblical books. Oh, so sad.

Wu's wife, Zhang Fenxiang, had been a nursing student at a local mission hospital when the revolution came in 1949. By the time of the Cultural Revolution (1966-1976), she said, the hospital staff became a target:

We suffered all sorts of tortures. The Maoist rebels accused us of being spies . . . They held a public denunciation meeting . . . [Then] they piled up all the biblical books and documents, and then they set them on fire . . . Several Christians, including my husband and I, were forced to bend down at a ninety-degree angle by the fire.

She recalls that the radicals smashed and trashed the church and its furnishings, and then turned it over to local artisans for their workshops. She and her husband were detained and tortured several times, but when they were released, they went back to the hospital to care for patients. One day, she saw a Red Guard poster denouncing her and her husband: "Smash the dog heads of Wu Yongsheng and Zhang Fenxiang." But right alongside it, grateful local people had put up a handmade sign that said, simply, "Thank you."

After government reforms began in 1979, the officially licensed Protestant (Three Self) and Catholic churches were allowed to reopen, and the Old City Protestant Church in Dali was returned to its parishioners. Elder Wu and his wife quietly went back to their parish work, helping the sick and poor and supporting the worship and instruction.

At first, it was elderly survivors like Wu and Zhang who frequented the Three Self churches. The government's regulation of them reflected an assumption that Christianity would die out with their generation. Christianity was still treated as "the opium of the people," but the new approach was more "addiction management" than eradication—for instance, the regulations forbade the religious instruction of children. This stricture, however, is being ignored in many places, and Three Self Churches run Sunday schools and hold large, youth-oriented evangelistic meetings. There is an awakening going on in China, and the old Christians who suffered the darkest days of persecution in China now come rejoicing to the harvest.

North American Protestants often see Chinese Christianity through the perspectives of the "house church" or unregistered church movement, whose leaders criticize the Three Self Patriotic Movement for being unequally yoked with an atheistic government. Three Self Churches certainly are restricted in what they can do in a number of respects, but they seem to be thriving, especially in the urban centres. I visited some in Beijing and Shanghai in June of 2011. One of them, Shanghai Community Church, which reopened in 1980, now has 9,000 members. Its pastors baptized 1,000 people in 2011, on the heels of two evangelistic campaigns. People jammed the church's eight Sunday services, with many kneeling and fervently praying at the altar before the service. The place was full of young adults.

We heard a remarkable sermon (via translation) by Rev. Zhang Ai-li on Isaiah 37:31-32: "The surviving remnant of the house of Judah shall again take root downward, and bear fruit upward; for from Jerusalem a remnant shall go out, and from Mount Zion a band of survivors. The zeal of the Lord of hosts will do this." Pastor Zhang told the congregation that "taking root downward" meant going deep in the faith, so that they would not be moved by contrary winds. She urged the people to be deeply rooted so that they would not wither and fall. Our hope is deeply founded, she said, so go deep into God's word, in order to take your faith into a deep place, the death of Christ on our behalf. With these deep roots, she said, we shall not be moved. We visitors, however, were moved—deeply—by this evidence of "the perseverance of the saints" in China today.

Liao focuses much more on grassroots Christianity in Yunnan Province than on what is happening in China's great urban and industrial centres. His glimpses of the unregistered "house churches," which are probably twice as large as the Three Self Churches in total adherence, are few. But the one he does report on is quite typical of many urban gatherings of believers. The believers met in a small group in an elder's home for Bible study, prayer, and praise. So long as they do not sing too loudly or make their presence felt outside of the private home, they are generally left alone. Neighbours often take a "don't ask, don't tell" posture toward the meetings, and even the police might look the other way.

On the occasion he recounts, however, Liao is coming with equipment to record an interview. Evidently the block's official informer sees him with the electronic equipment, and there comes a knock on the door. Quickly the hymnals, study materials, and equipment disappear, just before a policeman steps in. He questions everyone, and they are friendly but evasive, saying that they are indeed Christians, gathering socially as friends. He asks what they are discussing, and the evening's leader offers him a mini-sermon on creation, fall, and redemption, the whole biblical drama. The policeman listens impatiently, but he doesn't see any materials to indicate an illegal gathering for worship. The leaders remind him that people have a right to their personal beliefs in China, and friends have the right to gather together for conversation. The constable is not of a mind to press the matter, and he leaves. The group jokes a little, and then continues its meeting. They exist discreetly, out of the public eye, and they are able, by and large, to escape the very bitter suffering of years gone by.

But not always: much depends on the relative tolerance of local officials. Prominent leaders of the Three Self and house church movements have little that is good to say about each other, Liao observes, but on the local level, people freely go back and forth, attending a Three Self Church on Sunday and meeting with an unregistered cell group during the week.

How did Liao come into contact with Christianity in the first place? He found that several of his fellow intellectuals in Beijing had come to faith. The collapse of the pro-democracy movement after Tiananmen Square left many of them searching for something to believe in, and Christian faith and service filled that void, he said. He too has been searching, but he remains skeptical of religion. So why did he devote so much time to learning about Christians? Liao continues to seek the deep soul of the Chinese people, and he continues to yearn for a democratic China. Christians have much of what China needs, he believes. "That's the spirit we need to bring democracy to China," Liao told an interviewer from Christianity Today. "If democracy comes to China today, we should thank Christ for inspiring us to stand up for our faith and ideas."

That answer would not satisfy the wise old Christians whom Liao interviewed. He was right to note that they are Christian in deeply Chinese ways, but their faith goes far deeper than merely serving Chinese democracy. Jesus is their Lord and Saviour. 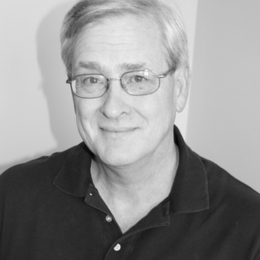 Joel Carpenter works at Calvin College, where he directs the Nagel Institute for the Study of World Christianity. His latest book is Walking Together: Christian Thinking and Public Life in South Africa (ACU Press, 2012). Last year he organized a team of U.S., Canadian, and Chinese scholars which met in China to consider the relationships between religion, social change, and the rule of law. 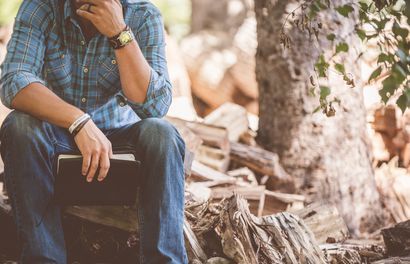 Is the philosophy articulated (and practiced) by Christian philosophers inherently Christian? And if so, in what sense?