No matter where you are, you're sure to find good music around the corner. You just have to pay attention. 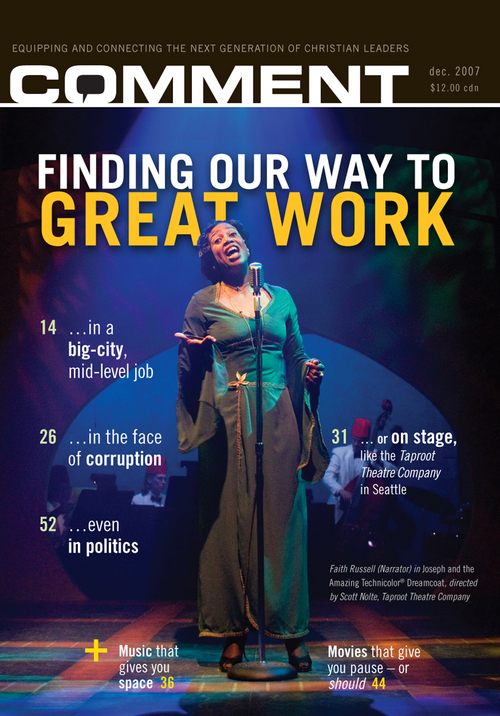 Last summer, Rolling Stone carried a headline reading "The Record Industry's Decline." A recent guest musician in my pop culture class reported that while in the past you could find a major recording label representative in any mid-sized city, today one well known corporation has only two representatives in all of Canada.

Does this hold implications for finding quality music in Canadian cities? This is a particularly interesting question in my situation in Hamilton, a medium-sized city often perceived to be in the shadow of Toronto. Here's the good news: I'm an avid fan of music in "steeltown," and I've found this city to be full of great musical talent. You just need to pay attention. Here are few things to watch if you're also a music fan, in Hamilton or in any urban centre.

Large concert halls and stadiums tend to be the most visible music venues. Hamilton attracts some of the biggest names in music to its two major concert venues, Copps Coliseum and Hamilton Place. Copps is Hamilton's one stadium venue for music, and has a seating capacity of 19,000, depending on the event. Artists who have frequented Copps during the past few years include Bruce Springsteen, Carrie Underwood, and U2. The Great Hall in Hamilton Place seats over 2,000 people, while the Studio theatre seats 350. I've attended concerts at Hamilton Place by Joe Jackson, Bruce Cockburn, and Stompin' Tom Connors.

While the larger venues are the most visible in any urban centre, some careful reading of the local pop culture press often reveals a network of smaller concert venues featuring emerging and headliner performers. Hamilton's club scene is constantly shifting due in part to changes in management. However, I'm continually impressed by the roster of artists performing at the Casbah. During the past year I've attended concerts there by the Sadies, the Stills, and Caribou. Other venues that often have internationally known artists include the Pepper Jack Bistro, the Westside Concert Theatre, and more recently the Lionshead pub. I've also attended concerts at recreation centres and churches.

While festival funding is to a certain extent subject to political will, exemplified by the disappearance of Aquafest and Earthsong from Hamilton's summer calendar, this city continues to attract artists of renown. Hamilton currently hosts two major music festivals: It's Your Festival and The Festival of Friends. IYF is now in its 38th year, and TFF is in its 33rd. Last year's IYF featured Sass Jordan and 54-40, while TFF featured primarily retro headliners, including Eric Burdon and the Animals, and Don MacLean. This year TFF will host Steve Earle, Allison Moorer, and John Sebastian of the Lovin' Spoonful. Minor festivals include the Mustard Festival, which features local artists such as Harrison Kennedy, and other jazz and big band artists. While these festivals are free to the public, other festivals such as the Rogers Spring Music festival offer music at multiple venues and charge admission for each concert. Other festivals in nearby communities include Burlington's Sound of Music Festival and Ribfest, and Winona's Peach Festival. Town and Country Fairs in the surrounding area also host well-known artists.

As young people are the prime target audience for many musicians and music companies, universities and colleges stage concerts, particularly at the beginning of the school year in the fall. Over the years I've attended concerts at McMaster University with the Tragically Hip, Blue Rodeo, Tom Cochrane, and Sam Roberts. Mohawk College recently hosted Sum41, and Redeemer University College has held concerts by artists including Jars of Clay, and Bill Mallonnee of the Vigilantes of Love. These settings are also great places to catch concerts by up-and-coming artists. When I attended the University of Saskatchewan in 1989, I saw ads for concerts by the Barenaked Ladies and Crash Test Dummies.

Redeemer University College graduates have gone on to form several bands, including The Immigrants, Land of Canaan (which features today's Comment artist Jimmy Bender on lead guitar), and Garner, a band which has recently been reported on by the CBC. Finally, I've hosted musical artists in my pop culture classes at Redeemer University College including Miranda Stone, Martha's Trouble, Jacob Moon, and Stephen Fearing. Even secondary schools host interesting concerts. Kim Mitchell and the Arrogant Worms have recently performed at one private secondary school in the area.

One of the key indicators of the vibrant music scene in Hamilton is that a number of well known artists have come from this city, and today many call Hamilton and the surrounding community "home." Notably, Daniel Lanois has been at the helm of Grant Avenue Studio whose clients have included Ani DiFranco, U2, and Johnny Cash. Lanois is a recording artist in his own right, having released seven albums or CDs. Lanois still considers Hamilton as one of his home bases. Catharine North Studios also boasts a list of artists and friends including Feist, Kathleen Edwards, Tom Wilson, and Josh Ritter. Sonic Unyon artists include Teenage Head and A Northern Chorus. Other artists of international reputation who reside in or come from this city include Kathleen Edwards and her husband, Colin Cripps, Tom Wilson of solo and Blackie and the Rodeo Kings fame, Jeremy Fisher, Jacksoul lead singer Haydain Neale, Garnet Rogers and late brother Stan Rogers. Hamilton's music history includes famed musician Jackie Washington. These artists and others have been recognized at the annual Hamilton Music Awards.

Local publicity is essential in attracting people to concerts. I usually find out about concerts by reading local papers, The View and the Hamilton Spectator (especially the Thursday entertainment section). However, local artists have also been given press in publications with much larger circulation such as Canada's Exclaim magazine, and even in Rolling Stone and Paste magazines. Radio stations are also great places to hear music. While mainstream radio stations most often play mainstream music, university- and college-based stations offer alternative artists. McMaster University's CFMU program, the Freewheelin' Folk Show, not only plays a wide range of folk and Americana, but has also been a key sponsor of the folk music series held at the Downtown Arts Centre, which has included artists such as Stephen Fearing and Lynn Miles. Another important source of information on concerts is the local music store. These stores not only provide sales and service for local musicians, but also often advertise upcoming concerts. Finally, the music selection at your local library is an important source of information for listening to those artists that you've read about in the press. On-line sources are also informative, including the Canoe concert listings (clive.canoe.ca), artist and club home pages on MySpace and write-ups of artists on allmusic.com, as well as clips on YouTube.

Your city may not have exactly the same musical infrastructure as Hamilton, but whether you're in Ottawa or Charlottetown, you're sure to find good music around the corner. You just have to pay attention. 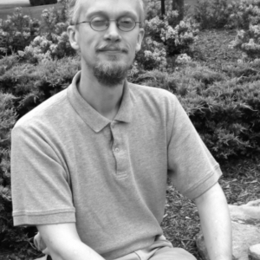 Dr. Timothy Epp is Chair of the Sociology/Social Work department at Redeemer University College. His extra-curricular interests include his wife and kids, cross-country running, music and film. Although he has experienced freefall from 3300 feet, he prefers to keep his feet planted on the ground.