On May 9, 2009, Jacob Zuma was sworn in as the third democratically elected president of South Africa. Despite the usual election rhetoric promising a better future, the sex scandals and accusations of corruption that attend Mr. Zuma make it hard to imagine that South Africa is headed toward a flourishing post-apartheid future.

Just to the north of South Africa, the country of Zimbabwe has become a disaster area under the near three-decade reign of Robert Mugabe. Nearly every story I read about Zimbabwe makes me wonder how that country can even begin to correct its downward spiral.

About two years ago I visited Nigeria for two weeks as a guest professor at a seminary four hours away from Lagos. While there I found myself observing a country tottering on the verge of being a fully developed country. This most populous country on the African continent, rich in natural resources, could be the jewel of the continent, but it suffers under a government that is inefficient and corrupt.

While traveling through Nigeria, I was aware that I was in a country with mammoth mega-churches. However, it was hard to detect exactly how Christianity influenced the shaping of the social architecture of that society. In countries like Zimbabwe and South Africa, with which I am less familiar, but which have significant Christian presence, I ask the same question. Religion is present and influential in some ways, but not in a manner that seems to prompt or facilitate the cultural transformation of nations.

In Europe and North America, the 19th-century Dutch neocalvinist theologian and politician Abraham Kuyper is often a resource for Christians looking for a rationale for public cultural engagement. These appropriations of Kuyper's neocalvinism occur in settings where there are significant opportunities for participation in the social, cultural and political machinery. It is possible to be a genuine political actor in the North Atlantic constitutional democracies.

However, the situations in South Africa, Zimbabwe and South Africa seem to me to be different, even though these countries have some form of democratic government. In contrast to Europe and North America, it seems to me that enthusiastic neocalvinists in these African countries might find that though their political context is very religious, it is more like that of the Old Testament people of God in exile, in that they cannot always genuinely participate in the structures of society to serve as an agent of change.

Is Abraham Kuyper a helpful model in such settings? While he is often a point of reference for those seeking a rationale for public engagement, it is important to remember his own political context. Kuyper was faced with an exilic situation of sorts alongside his primary constituency, the marginalized kleine luyden or "little people" of the Netherlands in the late 19th century. Kuyper sought to motivate the socially disenfranchised confessionally Reformed Christians of his time to participate in Dutch society, while also seeking to carve out a public space for such involvement. He wanted Christians to step up to their public responsibility and also to participate in society in a fashion distinctive of Christian confession. To the extent that he was an energetic visionary who was a type of Moses for "his people," he is at least a source of motivation.

Yet, I am uncertain of how much his direct example will help us in answering the African question. While Kuyper's context had its unique challenges, they were perhaps not as daunting as those we continually read about in some African nations.

So what does a neocalvinist do—other than read Kuyper's greatest speeches and get fired up to challenge the forces of corruption? Perhaps we need to think of an "exilic neocalvinism," which retains Kuyper's aim to transform public life, but seeks to develop strategies that are focused on preparing the way for change. This approach would require a strong emphasis on the Christian community as a model of society inspired more by the antithetical emphasis in neocalvinism, and would require the church to live as an alternative polis which begins to model kingdom reality (politically, socially and culturally).

Though this idea may seem to suggest that the church should withdraw from public life, the fact is that to begin cultivating a socially transformative vision in an exilic setting, we ought to begin with a church who worships God and lives in God's world in a distinctive way. This "antithetical" way of life is a kingdom witness to the world, and could potentially subvert governmental corruption. The ultimate is goal of this community is not to only live inwardly, but to seek the opportunities to penetrate the various spheres of society as the opportunities present themselves. Perhaps this could be the seedbed of transformation over time. "Exile" and neocalvinism aren't two words I have put together often, but uniting this pair may be one way to bring transformation to some African nations.

There is much room in sport for evil, as our headlines sometimes suggest, but there is also great capacity for goodness. 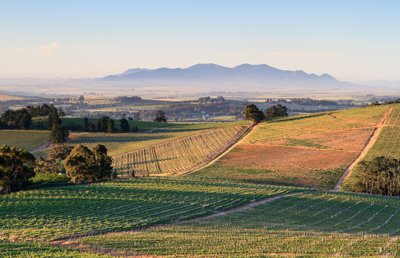 On moral education and farming small.