Freeing Up Industrial Relations in Australia

While industrial relations in Australia has undergone a number of important revisions, the one overriding concern with a healthy and productive economy has remained. Mr Bob Hawke, the former Prime Minister, stated that objective as follows:

There are many contributing factors to the current national concern with industrial relations issues. But there is one factor, I believe, that runs deeper than the rest....It is this. Australians are concerned about industrial relations because it is seen as one of the keys to delivering the improvements in economic performance fundamental to achieving the kind of society in which Australians aspire to live. (British Journal of Industrial Relations, December 1993)

Australian industrial relations continues to undergo significant transformation in all sectors. In 1985, a high-powered review committee proposed a series of radical amendments to the Conciliation and Arbitration Act of 1904—the Act which brought into being the federal system of industrial relations. A federal award, setting out the wages and working conditions for an entire sector, is now the result of complex multilayered negotiations between government, unions, employers, and major capital investors. The union movement, represented by the "peak" union body, the Australian Council of Trade Unions (ACTU), claims to represent all workers in negotiating the federal awards.

The suggested amendments would see unions and employers reaching agreements outside the federal awards, negotiating "above award" wages and conditions. Such "enterprise bargaining" is intended to enhance productivity, raise profits, and further strengthen the economy. The question, though, is whether deregulation will encourage free-for-all negotiations and the survival of the fittest. It remains to be seen whether owners, capital investors, and employers can use this device to undercut awards.

By 1993, "enterprise bargaining" was in full swing with the retention of basic award levels. But the states have allowed "enterprise agreements" that undercut federal awards. Sweat shops cannot happen under federal awards but some state's legislation almost invite their formation.

The abolition of minimum awards has further hastened the federalizing of industrial relations. In the past few years, state company law throughout the Commonwealth has been overhauled to prevent any one state's legislation becoming the reason for any company or investment relocating to another state. And now the federal government has also enacted legislation that allows those formerly covered by state awards to protect themselves by transferring to the federal award.

The amendments to the Conciliation and Arbitration Act also discouraged the formation of small unions within the federal jurisdiction. The legally required minimum number of union members for federal registration reached a high of 10,000. In 1988, the ACTU and the Trade Development Council published Australia Reconstructed, a document which proposed a reduction in the number of unions to no more than 20 within two years. In 1956, there were 375 separate unions; in 1988 there were 308. As of August 1994, there were 52 employee organizations registered federally with the Australian Industrial Registry.

The goal of 20 was not achieved, but policies are now formulated with the intention of dividing the economy into 17 industrial sectors. These figures, however, are complicated and ambiguous because unions can also be registered at a state level. In this way, the federal-state structure of industrial relations militates against wholesale reform. Moreover, the large sectoral unions are complicated organizations, with local (state) and specialist wings.

As the Australian economy has become more and more geared to the "free market," a steady decline in union membership has continued. Whichever way it is measured—gross numerical strength or participation rates—the picture is the same.

Between 1976 and 1988, the fall in membership went from just over half (50.2 per cent) to well under half (41.3 per cent). Some estimates are that it is now about 38 per cent. The most that many unionists say in favour of the union is that it exists as a guarantee that some action will be attempted if management gets difficult in negotiations. For the rank-and-file member, the "union presence" is often merely a pay deduction, a kind of protection tax.

Unions have tried to recruit new members knowing that industrial relations on the traditional adversarial model has been harmful to members. The deregulating policies of the Labor government do not allow unions to exploit worker uncertainty because, to "get the economy going," the government has conceded that provision for nonunionized agreements must be an ongoing part of national economic policy. Advocates of union membership are well aware that the ACTU has been a key player in the Labor government's free market policies. Union dues usually include a levy to the Australian Labor Party (ALP). But the political success of the ALP throughout the 80s and into the 90s has not stopped the declining numerical strength of the labour movement.

Unlike Canada, Australia does not have any built-in provision for competition among unions. Canada's decentralized form of "collective bargaining" contrasts with Australian industrial relations, which have been heavily centralized at both federal and state levels by the legal status of awards. In Canada, union-management negotiations are decentralized with patterns within and across industrial sectors emerging over time. In Australia, however, the reverse has been true. It has been fundamentally centralized (at federal and state levels) with awards setting the basic pattern before on-site negotiations allow a measure of decentralization. "Freeing up the workplace" is seen as the corollary of "freeing up the market," and local enterprise agreements are viewed as part of ongoing "micro-economic reform," which employer groups have been advocating for some time.

The Australian kind of unionism does not allow for the same level of plurality found in Canada, where unions compete for representation rights. Sectoral unionism has the effect of confirming union monopolies. But then it must be kept in mind that these sectors are recognized at the federal level. Currently, at the state level most governments are liberal (which means politically "conservative"), resisting Canberra's centralism. Since some states have abolished any adherence to the federal award standard, unions within the state's jurisdiction sometimes find themselves at odds with federally organized unions.

On December 20, 1994, the union movement's new "enlightened" approach to the "closed shop" was thrown into a new light by the federal Industrial Relations Commission's judgment that, according to the provisions of the 1988 Industrial Relations Act, the Automotive, Food, Metals and Engineering Union (AFMEU) was legally entitled to bargain with management in a nonunionized workplace. The implications of this judgment are far-reaching and a political storm has broken.

The workplace in question has harmonious industrial relations, over-award wages, and profit-sharing among workers. Workers have not joined, and did not want to join, the union. Nevertheless, the commissioner ruled that the AFMEU is the legal representative of these nonunionized workers, according to the Act. The Labor government, employer groups, and of course the Liberal opposition, have expressed strong dissent from the Commission's ruling, but the union has now taken up its right and entered into "negotiations" with management and owners of the factory on behalf of the workers. The ACTU has welcomed the ruling.

In other words, the industrial relations (IR) reforms, which have ignored the "closed shop" issue, have not in principle dispensed with monopolistic practices at all. The new-style IR means that all workers have to be represented by a legally accredited union at the highest negotiating level of national economic management, whether they are individually members of a local union or not. This may well further erode union membership even as it further entrenches union power; it may also engender more worker cynicism about union pressure.

Union officials who implement government reforms are well-placed for pre-selection in safe Labor seats in future elections. But the combined power of the Australian Labor Party (ALP) in government and the ACTU has not been able to stop the reduction in the number of union members. The reorganization of the union movement represents an increase in the potential power wielded by unions. There are now fewer and larger unions with their own healthy corporate structures. The ACTU, an integral part of national and corporate economic management, has strengthened the unions as players on the political scene even as it has weakened their traditional role as advocates of social justice in the market economy. Union solidarity in the nation's workplaces is fading.

Some might be tempted to think that the decentralization of labour relations opens a window of opportunity for the development of an alternative Christian union movement, as in other parts of the world. Such a movement would have to be a "cross-sectoral union" and in terms of the Act sectoral unionism is the norm and small unions simply will not be registered. If such a Christian union were already a significant player in the field, the situation would be different, but the problem is how to become a relevant player. Education among Christian workers remains the appropriate way to go, but that will not be easy. 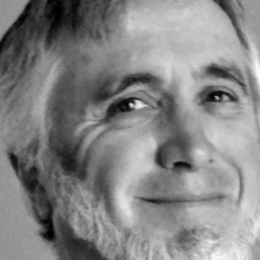 "I'm a writer and I look after our little house here in this coastal rural village while my wife works and supports me.

The United States—Is the Trade Union Era Over?