Friends on a mountain 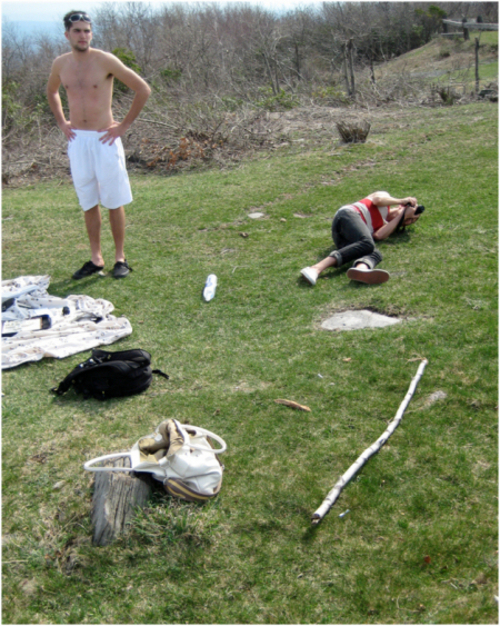 Pocono Mountains, Pennsylvania. A weekend getaway with friends. Two of my aptmates are seen here in this digital photograph (snapt Spring '08). We're on top of a mountain—the guy on the ground is a fashion photographer—he's shooting a model, reclined on a bench. The walking stick (helping to 'lead' the eye into [and balance] the picture) was mine—from a hike at nearby path called the "Nature Trail". There's a helicopter about a hundred yards away, parked on a launch pad. Later that night we had a big barbeque at the cabin we were all staying at. Part of a ministry together, we encouraged and prayed for each other that weekend before returning to the City.

I like the concept of words illuminating the meaning of scenes—driving points across in minds, clarifying.

Case in point: if this caption weren't here, what would you have thought the picture was about? Or maybe try asking someone what they think is going on in the picture and see how far off they are without having absorbed the accompanying letters which point the way to truth. 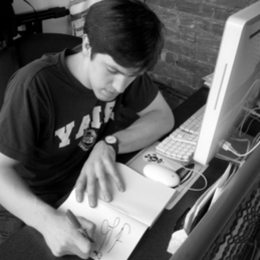 Adam Tyson is an artist in NYC. After college in Philadelphia (Temple University, Tyler School of Art) he moved to Manhattan. They are available in Manhattan, Brooklyn, and online. He's a photographer, painter, foreign film and electronic music aficionado—and is at work on a new novel, set in the year 2020. See more photos at www.adamtyson.com.

Seeking Truth Beyond the "Cloud"