We could be on the cusp of something truly transformative in Christian political engagement.

They don't know it—or if they do, they're not saying—but the British Conservative Party has begun to adopt the language of the political vision characteristic of postwar European Christian Democracy (CD). The vision has many strands, but one of its signature ideas is that the point of the state isn't to manage or direct society's individual and institutional energies itself, but rather to guarantee public conditions in which those energies can both flourish independently and contribute to the common good.

The contrast between "guaranteeing" the conditions of the common good marks and "providing" its the actual contents marks off this political vision clearly from collectivist and statist political visions such as "social democracy" (as Europeans and Canadians call it) or "liberalism" (as Americans, confusingly to European ears, call it). It also sets it apart from the managerial, technocratic conservatism of, for example, Edward Heath's Tory government of the 1970s, which squandered a lot of time, money, and goodwill on a pointless amalgamation of local governments, pursuing so-called administrative efficiency in the teeth of a resentful and stubbornly localist population.

On the other side of the political spectrum, the contrast between releasing "institutional" energies and merely individual ones distinguishes the CD political vision pointedly from classical liberalism, or its contemporary neo-liberal or libertarian variants (which Americans often call "conservatism"). These schools of thought have been enthusiasts for an abstraction called "the free market" as the "natural" consequence of unfettered individual economic exchanges (the concrete reality was always more complicated). But Christian Democracy has typically favoured a "social market" economy, in which open markets and trade are contained and regulated by a state committed to securing the conditions of the common good.

Christian Democratic parties didn't invent this vision of the role of the state themselves. It was inspired principally by the dynamic school of Catholic social and political doctrine originating with Pope Leo XIII in the late nineteenth century. But CD parties were the first modern political movement to make it their own, and, especially between the 1940s and 1970s, to put it into practice in government—with mixed success, but no less than other parties.

Regrettably, the European CD movement has since lost much of its spiritual and intellectual inspiration. Driven externally by pragmatic electoral considerations and enervated internally by secularization, it has let this distinctive vision slip, sliding progressively into versions of either managerial conservatism or neo-liberalism. Of late the movement has also fallen on hard times electorally. For example, just a few weeks ago, the Dutch Christian Democrats, formerly one of the best exemplars of the vision, saw its vote collapse by a catastrophic 50%. It has now been packed off into opposition, where one hopes it will not only lick its wounds but also examine its soul.

Under the leadership of David Cameron, the British Conservative party has begun to talk of the need to move away from a big state to a "Big Society." Although the idea failed to resonate with voters—even activists—during the recent election campaign, it does have serious long-term thinking behind it and has not been entirely eclipsed in the policy deal the Conservatives had to strike with their Liberal Democrat coalition partners. The "Big Society" idea has obvious resonances with the Christian Democratic political vision, though the party's persisting suspicion of European influences would render it reluctant to own up to such a convergence even if it were prepared to acknowledge it. And the decisive role played by postwar CD statesmen like Konrad Adenauer in the creation of the founding institutions of the European Union only feeds that distrust further.

This is one reason why British—and especially English—Conservatives are keen to insist on the indigenous roots of the "Big Society" idea. They trace its more remote origins to the thought of the eighteenth-century conservative and anti-Revolutionary thinker Edmund Burke (an Anglo-Irishman, interestingly). Burke's championing of the "little platoons" of society—its vibrant organic network of families, churches, charitable bodies, neighbourhoods, localities, and so on, existing prior to and thriving independently of central government—has been one of the philosophical inspirations of "Big Society" rhetoric.

British Conservatives are quite right to claim that historical lineage. Indeed, it is worth pointing out that Burke was a major influence on the early thought of the most important Protestant contributor to Christian Democracy: the Dutch statesman Guillaume Groen van Prinsterer. Groen, the forerunner of and mentor to Abraham Kuyper, established the first mass political party of any kind in Europe, the evocatively (but, especially to American ears, jarringly) titled "Anti-Revolutionary Party"—by which he meant a party founded on radically different principles to those of French Revolutionary liberalism.

Catholic-inspired proto-CD parties arising in the nineteenth and early twentieth centuries were equally opposed to the secularizing, centralizing dogmatism of this strand of continental liberalism, against which they found themselves pitted in several political conflicts. They too found inspiration if not directly in Burke, then in his continental European counterparts.

This nineteenth-century historical association between political conservatism and Christian Democracy has often led those of non-conservative stamp to reject Christian Democracy out of hand as an irredeemably conservative, even reactionary, movement (and at times the movement has supplied ample incriminating evidence to back up the charge). But that is an ideologically prejudiced mistake. Better, surely, to ask: is there a root idea of abiding value which, through expressed in different modulations, both conservatism and Christian Democracy were grasping for and which may even be worthy of revival and critical rearticulation in today's radically altered conditions?

I think there is, and I think it is the distinctive idea of the role of the state expressed above. David Cameron's "Big Society" slogan seems to be an attempt to reclaim it, although the proof of the pudding will be in the next three to five years of governing (if the coalition lasts that long). One early initiative—to cede greater operational independence from local authority control to elementary and high schools and to grant them "academy" status—may be a harbinger, but, as another tried and tested clichÃ© has it, the devil will be in the details. Some fear that if "Big Society" talk gets hitched entirely to the fiscal imperative of reducing the U.K.'s astronomical budget deficit, then it risks becoming merely a smokescreen for a revived Thatcherite campaign of privatization. That would not be a truly conservative strategy, but a neo-liberal one, and David Cameron is trying to distance himself from that charge.

I see some hope in the fact that among the contributors to the party's current policy orientation are two innovative sources shaped by some of the best in contemporary British Christian social thinking: the evidence-based social policy work of the Centre for Social Justice led by Ian Duncan-Smith, and, less prominently, the edgier new "Red Toryism," spearheaded by "Radical Orthodox" theologian Phillip Blond, now director of his own policy think tank, ResPublica.

Earlier I suggested that the question to ask about Christian Democracy is not whether it is hopelessly contaminated by its nineteenth-century associations with conservatism, but whether conservatism was grasping for, and might grasp again, what became the distinctively Christian Democratic vision of the state as guarantor rather than provider.

But the same question can and should also be put to British liberalism and social democracy, to use the European senses of these terms. After all, the towering political figure of the late nineteenth century was none other than the outstanding Christian statesman and Liberal party leader William Gladstone, who was no collectivist, and who succeeded in enlisting behind the party the progressive associational and charitable energies of the flourishing Nonconformist churches. And one of the most significant feeders of the early Labour movement was a rag-taggle band of churchmen, workers, activists, and parliamentarians which came to be known as Christian Socialism—a movement which in time produced the remarkable Christian social theorist Richard H. Tawney, who was both a passionate egalitarian and a firm anti-centraliser.

I suggest that if the British Conservative party can begin to learn how to marry what remains alive in the Burkean legacy with the best of the postwar European Christian Democratic tradition, it could consolidate and extend its promising turn to the "Big Society" idea.

But why not think even bigger? If the contemporary Christian heirs not only of Burke but also of Gladstone and Tawney could learn how to talk to each other, and then invite some serious Christian Democrats into the conversation, we could be on the cusp of something truly transformative in Christian political engagement across the entire landscape.

Don't hold your breath: party bonds in the U.K. remain deep and tight, and the parties' deeply-ingrained tribalism won't be undone by a few years of coalition government. But is it possible that, to adapt the language of prophetic hope, "young men will see visions and old men dream dreams"? (They'd undoubtedly need some help from visionary and dream-y women, too.)

If they did, who knows what shape Christian politics in the U.K. might take in twenty years' time? 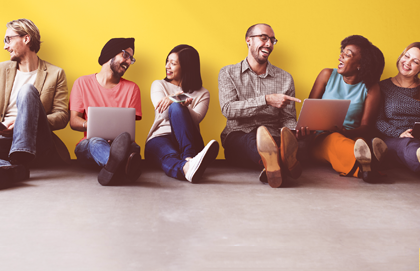 The Point of Kuyperian Pluralism