From Oppression to Democracy: A Call for Spiritual Renewal in Mexico

The history of Mexico is so different from that of Canada and the United States, that the typical citizen of any of these countries (more similar among themselves than many Canadians would be willing to concede) will find it hard to understand.

Mexico was the main religious and cultural centre of the continent before 1492. By the time of the arrival of the Spaniards to Central Mexico, the great Tenochtitlan, the Aztec capital city, founded in 1321, was a beautiful city placed in the middle of Texcoco lake (in the Valley of Mexico, where Mexico City is now located). The streets were traced in perpendicular fashion, giving the city a geometric look from the surrounding mountains.

The main pyramid, where human sacrifices were practised daily, was about 50 meters high. The city was full of palaces and sculptures. It was so impressive that the Spanish soldiers, when entering into it for the first time, asked their mates to pinch them in the arm, in case they were dreaming.

The Aztecs were a cruel people tightly dominated by the religious motive of Huitchilopochtli (War) and Tlaloc (Rain, Agriculture). They thought that the universe would end after a cycle of 52 years, and so the sun needed human blood in order to be kept alive for another 52 years. The surrounding peoples, with different languages and religion, were cruelly dominated by the Aztecs, who took prisoners from them to offer to their god.

Hernan Cortes and the Spanish were seen by the other Indian nations as liberators, and hardly hesitated to make an alliance with them against the Aztecs, eventually leading to the fall of Tenochtitlan on August 13, 1521, about the time when Martin Luther was summoned to the Worms Diet before Charles V, also King of Spain.

The Indians adopted the Roman Catholic (RC) religion very easily, since they saw it as making a lot of sense, in terms of substituting a tender virgin with a child for the bloodthirsty Aztec gods, as well as promising life after death. Roman Catholicism is still very strong in Mexico today.

The colony, called New Spain, stretched from Central America to north of Texas, New Mexico, Arizona, and California. It was very rich in minerals, silver and gold mainly, which was sent to Spain.

The Indians were subject to harsh exploitation until the seventeenth century, when a plague convinced the Spaniards that they were treating the Indians cruelly. After that, the Spaniards repented, the Indian population recovered, and mestizaje—the blending of Indian and Spanish blood and culture—intensified. This is crucial to understanding Mexico, since this phenomenon did not take place in the United States or Canada. New Spain was actually quite rich in terms of cultural development and integration of the Indians into the predominant RC-led culture.

During the 300 years that the colony lasted, almost all Indians learned Spanish, became experts in handicrafts, and filled the land with beautiful baroque churches, art, and music. The work of the Jesuits, Dominicans, and Augustinians was very important in this integration process.

Mexico became an independent nation in 1821, after an 11-year war that devastated the country. After that, civil war between conservative and liberal masons lasted for 30 years, weakening the country to the point that the Americans were able to capture Mexico City and take more than half of the Mexican territory between 1847 and 1849.

Eventually, after a failed attempt by the French to impose a Roman Catholic (but also liberal) Austrian Archduke as Mexican Emperor, the liberals, led by president Benito Juarez, took control of the country. They imposed a severe regime upon the church that, rather than differentiating state from church and introducing religious freedom, was actually a violation of the RC church sphere-sovereignty. This led to several wars, the last of which lasted from 1926 to 1929, and concluded in an uneasy modus vivendi between church and state until 1992, when President Salinas promulgated a law that recognizes the rights of the churches before the state.

The most important event in Mexico during the twentieth century was the Mexican Revolution, which lasted from 1910 until president Calles created the National Revolutionary Party (in 1929, now known as Partido Revolucionario Institutional, or PRI). As Groen van Prinsterer has pointed out, the revolutionary principle is the same everywhere.

With the (shameful) help of the Protestants, Calles destroyed the only opposition against the revolution at that time: the Roman Catholic party and the trade unions, and persecuted the RC church to the point that it was virtually forbidden to say mass in many states. As a result, Mexico had to suffer 70 years of one-party rule (a "perfect dictatorship," said the Peruvian writer Mario Vargas Llosa), with state-controlled unions, fraudulent elections, and rampant corruption everywhere.

Nevertheless, the revolutionary regimes were able to industrialize the country and create roads and many public goods that led to impressive economic growth from 1930 to 1976. The system was easy: shut up and make money if you can. Take advantage of the opportunities and become middle-class; send your children to a good, free university.

But forget about creating opposition, especially in the name of religious principles. If you were a social or political leader creating problems for the government, there were only two roads open for you: take these 50,000 Canadian dollars and bring your movement into the PRI, where you will become a (well-paid) representative, or you and your family will be mercilessly murdered (or at least end up in jail for quite some time).

This system ended in crisis in 1968 when students protested against the lack of democracy and the imprisonment or murder of social leaders. The solution was typical of the revolutionary regime and the Aztec religion: a bloodbath in which some 500 students were killed by police on October 2, 1968.

Something changed since then, because the "Mexican Miracle" began to falter and Mexico plunged into a deep economic, political, and moral crisis.

The violation of the principle of cultural economy and the lack of religious freedom have led Mexico into a disastrous crisis since 1976. The Mexican state was all-powerful, the enterprises were protected against external competition, the religious movements were forbidden (still are) to participate in political or trade-union matters, no opposition party could win a single election at any level. Ideology was relentlessly pushed onto students at all school levels.

The fracture of this paternalistic state began during the regime of Luis Echeverria (1970-1976), who began to increase foreign debt to such a point that it provoked a serious crisis at the end of his administration in 1976. President Jose Lopez Portillo repeated his predecessor's errors and caused a very serious debt-crisis in 1982, leading to a virtual moratorium on foreign debtors by the Mexican government.

Since then, Mexico has had to pay annually a large part of its gross internal product (GIP) to foreign creditors, effectively destroying the capability of the government to "buy" the loyalty of everybody. The lack of financial resources forced the Revolutionary Family (even more corrupt than the Medici in Italy, being suspected of having strong ties with the Colombian cocaine cartels) to open the economy to external competition, and this in turn led to a modification of the religious laws, as well as to the opening of the political system.

Right now, it is expected that Cuauhtemoc Cardenas, the candidate of PRD will win the election for mayor of Mexico City. By the time this goes to print, the PRI probably will not have a majority in the Congress—the first time in 68 years!

Unfortunately, no political part} represents the scriptural Christian religious motive yet. The evangelicals have traditionally been allied with the PRI against the RC church, but there is a growing awareness that this is politically and morally wrong. Some unrest in the Protestant community has given rise to a little tiny movement called Frente de la Reforma Nacional (National Reformation Front), a small group of enthusiasts mainly devoted (for the time being) to the study of Reformational political philosophy.

In December 1994, the economy suffered a tremendous blow when Ernesto Zedillo succeeded President Salinas. The Chiapas uprising and the murder of Luis Donaldo Colosio (the PRI's presidential candidate) in 1994, as well as a severe disequilibrium in the foreign trade balance (of about $30 billion U.S.) provoked a crisis and the devaluation of the Mexican currency. Many businesses went bankrupt, unemployment grew, and the national financial system would have been entirely destroyed, had the government not used public resources to rescue the banks.

At the moment, the economy is growing at about 5 per cent annually; the inflation rate is about 17 per cent, but the currency is rather weak and another devaluation could provoke more problems. The level of consumption is rather low, compared to the 80s. The trade union movement is still largely controlled by the PRI and has become totally obsolete and lacking in imagination. Its eternal leader, Fidel Velazquez, was 97 and planning to run for reelection again in 2000, at the age of 100! He died in June.

Thus, the system created by the Mexican Revolution is in deep trouble, after 70 years of no democracy, suppression of workers, widespread corruption, and oppression of other religious movements. Hopes are high, though, that the new democratic stirrings will finally open the door to the unleashing of the tremendous spiritual forces dormant in the soul of the Mexican people.

Certainly, the forces of the Reformation are getting ready at this crucial moment to jump into the political arena as soon as possible. The creation of a strong economy depends on political reform. In Mexico, first comes freedom and democracy; the economy cannot prosper in a system that takes care only of the privileged few. 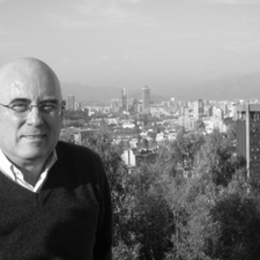 Dr. Adolfo Garcia de la Sienra is research professor at the Institute of Philosophy/Faculty of Economics of Universidad Veracruzana, in the Xalapa campus, Mexico.