Reports of my death have been greatly exaggerated.
—Mark Twain

Last December the world witnessed a frantic last-ditch effort to bring to a successful conclusion the seemingly endless negotiations of the Uruguay Round of the General Agreement on Tariffs and Trade (GATT). The two giants of this marathon, the United States and the European Union (EU), battled it out to the bitter end while the rest of the world watched nervously to see how they would be affected. The GATT agreement covers many areas of trade and will have important benefits for Canada. Among these is a more effective dispute resolution mechanism to enforce new GATT rules.

One of the bones of contention in the negotiations has been the matter of tariffs and restrictions on trade in agricultural products. Many countries, including Canada, have long sought to protect their domestic farmers by subsidizing production and exports or by imposing tariffs or import controls. The last five years have seen bitter trade wars between the United States and the EU over grain exports with brutal effects on countries such as Canada, which were forced to lower their prices drastically for wheat on the world market to avoid being cut out of the grain trade totally. Canadian government programs, such as Farm Support Adjustment Measures (FSAM), Gross Revenue Insurance Program (GRIP), and Net Income Stabilization Account (NISA), were developed to cushion the blow for farmers. Many billions of dollars were spent on these programs.

By contrast, the dairy and poultry sectors have been less reliant on subsidies, and in the case of poultry, no specific subsidies at all. These sectors operate under enabling legislation that permits provincial marketing boards to set production limits according to predicted consumption levels. In addition to limiting the amount each farmer can produce, marketing boards use a closely scrutinized Cost of Production (COP) formula to guide them in setting prices processors must pay farmers.

Under the previous GATT agreement, Article 11 allowed countries that limited their internal production to impose import controls to keep out lower-priced products from other countries. This system has worked remarkably well for about 20 years, though some stresses were beginning to develop. Chief among these were the inability of the provinces to agree on how to divide the national production goal into provincial shares, causing substantial internal strife, and, secondly, production permits (quotas) took on high values in themselves, making it much harder for new producers to get into the business. Per capita consumption of poultry meat also is far behind that in the United States, where unlimited production and supply has forced the industry to be much more aggressive in marketing and product development. Lower prices and, not infrequently, lower quality are the result.

Even though the cost of purchasing quotas has always been strictly kept out of the COP formulas, public perception and an unsympathetic media have come to view supply management as an inefficient, costly, bureaucratic way of keeping food prices artificially high. This view is in no small way reinforced by American stores in border cities featuring milk, chicken, turkey, and eggs at loss-leader prices to lure Canadian shoppers. Further inland, prices in the United States are much closer to Canadian prices.

It is this system of import controls that was replaced by the new GATT agreement. Article 11 was not renewed or strengthened. In its place Canada is allowed to convert the protection these import controls provided into a tariff protection, which will then be reduced over time. The initial phase of reduction is 15 per cent spread over six years, starting in 1995. The formula to determine the initial level of tariffs is uniform for all countries, and the calculations are open to scrutiny and challenge. However, it seems there is some liberty possible in choosing the starting figures, which allows each country to maximize its initial tariffs. (The accompanying table shows the tariffs the Canadian government has proposed and the levels after six years.)

If these levels are accepted, as is likely, they will provide ample protection from imports for a long time. In fact, many of those opposed to marketing boards find these tariffs obscenely high. What must be recognized, however, is that they are designed to protect processors as well. It is not only Canadian farmers that face higher costs than their counterparts in the United States, but also everyone else in the food chain: processors, distributors, and retailers. Canadian costs for labour, fuel, equipment, borrowing, and taxes are higher than in the United States. The cost of the raw product is obviously important to processors, but by no means is it the only reason for higher final cost to the consumer. Without tariffs the Canadian poultry processing industry would also find it difficult to compete with products from the United States.

The battle is not only over controlling costs, but also over ideology. Deregulation and market responsiveness have become more fashionable than controlled marketing. Marketing boards that control supply through quotas are seen to create inefficiencies that cannot be tolerated in a world moving to freer trade. The siren call of free enterprise is very strong for those chafing under restrictions of supply and regulations. The Canadian government, though still supporting supply management, is also pushing it toward greater market responsiveness. Ironically, the government is slowly but surely making supply management more difficult by creating more regulations and bureaucratic control, by inaction when necessary approvals are required, or by allowing itself to be outmanoeuvred at the negotiating table. The final irony will be when Canadian farmers are forced to compete with the Americans while still restricted by the rules and regulations meant to help them. You cannot have supply management and free trade at the same time.

The American model of farm production is not exactly a desirable example of environmental and social responsibility. Many previously proud, independent farmers are now virtual serfs of big conglomerates. Huge concentrations of poultry in small areas have created intolerable air quality and manure disposal problems. Over time, Americans, too, will be faced with increasing regulations, controls, and labour benefits that bring additional costs. It is hoped that our costs and their costs will begin to converge. The efficiency of basic biological conversion of feed into meat, milk, or eggs is no different in Canada than in the United States (i.e., it takes the same amount of feed to put on a pound of meat in the United States as it does in Canada). It is the cost of these inputs, with the attendant overhead, that differs at the farm level between our countries. The same is true for processing and marketing.

The tariff protection gained under GATT will give an adjustment period to Canadian food producers and marketers to reduce the cost differential with the United States. Canadian producers are also aware that opportunistic governments can change tariffs much more easily than import quotas. For example, the United States may insist that the GATT tariffs become subject to the terms of the Free Trade Agreement, which would see the total elimination of tariffs in a much shorter period. Conversely, a less than sympathetic Canadian government, in a spate of ideological fervour, could also decide to reduce these tariffs more quickly. This would indeed be a mortal blow to supply management at this time.

As it stands now, it is only the irresponsible, superficial, and sensational news media that have declared supply management dead. The GATT agreement, as presently formulated, has given marketing boards a chance to prove Mark Twain correct. For marketing boards to survive in a meaningful way, however, all stakeholders—government, industry, and farmers—must realize their interdependence and cooperate to produce the required product where it is needed at the most competitive cost.

Present legislation requires marketing boards and quota allocations to be structured along provincial lines regardless of where the demand is. Strict adherence to historical and regional agreements and boundaries is proving to be too inflexible. Population shifts and consumption pattern changes must be recognized in quota allocations. Processors and retailers, who are now often in an adversarial relationship with marketing boards, should try to emulate the European or Japanese industries where cooperation is the key to success.

Public opinion on marketing boards has become decidedly unfavourable. If marketing boards fail, there will not be famine in the landÃ¢â‚¬â€as some claim. The poultry industry will rapidly emulate the American model of production where a few large vertically integrated companies dominate and control the market. There will be fewer and fewer independent producers. Those who survive will diversify by developing niche markets or specialty products for local or regional sale, as some have already started to do.

The elimination of marketing boards, though they may result in somewhat cheaper products for the consumer, are not necessarily beneficial for society as a whole. A normative approach that considers stewardship and economic justice is a more wholesome way. A recent policy statement by the Christian Farmers Federation of Ontario sums it up well:

The ability of marketing boards to manage supply has provided major benefits to rural Ontario: stable farm incomes, support for rural economies, no waste of resources on surplus production, farm practices that protect the environment, a diverse agriculture and appealing landscapes....CFFO members are ready to modify the way in which supply management for dairy and poultry works in Canada so that it responds more quickly to changes in the marketplace. But, if we are to make good choices, we do not doubt that these changes need to happen within the tool of managing supply. (Earthkeeping Ontario, March 1994)

Tom Oegema, a University of Guelph graduate (M.S.), is a partner in a family farm operation near St. Thomas, ON, raising turkeys and growing a variety of crops. He served as president of the Christian Farmers Federation of Ontario from 1982 to 1986.

Cooperation in the Canadian Steel Industry 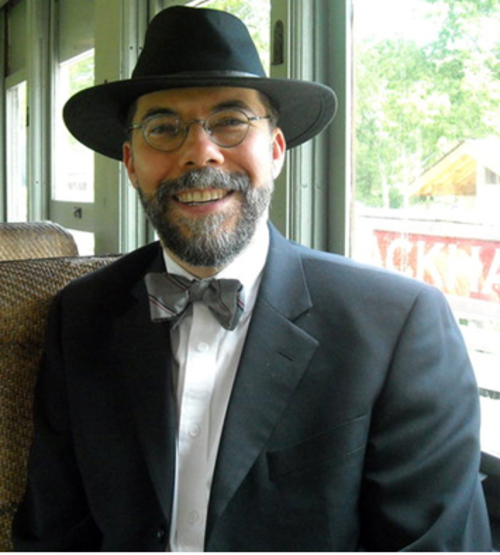