A testament to the necessity and the ultimate inescapability of faith, even in a profoundly secular world. 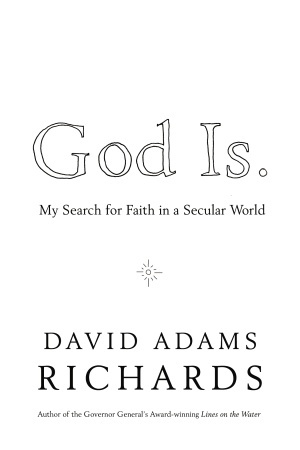 God Is: My Search for Faith in a Secular Worldby David Adams Richards. Doubleday Canada, 2009.


David Adams Richards's new nonfiction book, God Is. My Search for Faith in a Secular World, is by turns an intricately argued polemic and a moving memoir of the writer's life and his journey back to faith. Richards tells us early on that he came in his own halting way back to faith "not because of those who believed, but because of those who did not." It was not a priest or person of faith who set a young Richards in search of God, but those who mocked faith and sought to be daring and unconventional by doing so, only proving themselves to be cowards of the most conventional kind.

It was in realizing how mockery could destroy not only the one being derided but also the integrity of the one hurling the insults that Richards drew away from the inner circles of the secular academy and the arts scene. In God Is, with his characteristic forthrightness and candour, Richards makes it clear his point is "not to say that one has to promote religion in order to create," but rather to criticize artists who "believe that the mention of God harms their creation, and that the dismissal or disrespect of that which is associated with God enlivens it . . . They think this is somehow revolutionary and inspired—rather than old hat and insipid."

Though Richards holds no punches in this polemic, he is also disarmingly honest in his own self-reflections. He admits that though "I believed in the blood of the saints as true and sacred, nothing about religion pleased me either. And I had no avenue to worship. I did not go to church. Much of it, I felt, was hobbled by pettiness. And, to put it bluntly, I was lazy."

Richards moves easily in the book between history, literature, film, and personal memories to present an argument that feels less like ethereal polemic and more like earthy revelation. "Only as time went on," he writes, "did I see that the world of faith was open-ended. However much one put into it, one received. This is what I had to acknowledge in order to forgo my reservations about it. When I did, the idea of religious people, of those who actually were (not those who used it for their own benefit), struck me as being grander and wiser, and they were actually more at peace than I had ever dreamed possible."

As much as the book is an argument for faith—for one's undeniable right to believe—and as much as it gives account of God revealing Himself in different ways, it also bears witness to how desperate humans can be apart from God and faith. This is seen most powerfully in Richards's recollection of how, while struggling with alcoholism and trying desperately to write a novel, he kept a loaded shotgun in his closet.

But even in recounting those most desperate of times, Richards never misunderstood his context. "Not one of us doesn't pray to God continually—even if it is only to tell God to go to hell, that we need our tenure and our research money . . . I believe that the conversations we hold by ourselves are always with God." He even extends this as far as those authors who deride anyone who believes—even those writers who hold to the swaggering secular doctrine "where not to demean religion is sacrilegious."

In the end, this latest work of nonfiction by one of Canada's most powerful writers is as affirmative as it is combative, as compassionate as it is forceful. Though Richards has, of his own admission, set himself over and against the literary establishment, he gives this generous reading of the works produced by that establishment: "How many books and poems and paintings and how much music, in conflict with God, is really arguing with Him in the very same way Job himself did? And what we see, many times, through the beauty of these paintings and books is not the absence of God, but the presence of God in the argument, which makes the art so necessary. In the very agony of our argument, He answers us through the paintings and books wherein we try at times, and exert all our energy, to refute Him. And He simply says, 'Be still and know that I am God.'"

This seems to me the ultimate message of the book: that God is always present, even in the most inauspicious of places, be it a rundown stable or a literary work that seeks to blaspheme His name.

This is a work by an unflinchingly honest writer—a testament to the necessity and the ultimate inescapability of faith, even in a profoundly secular world.

Tenth in an expert series on must-read books. 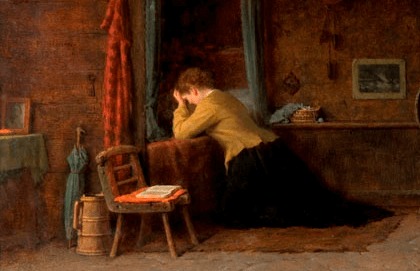 If prayer is a craft, we shouldn't be ashamed to learn from the masters.